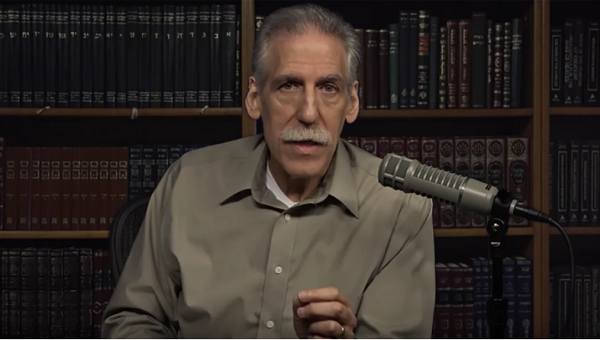 Why is it that Dr. Michael Brown continues to provide a protective cover to false prophets in the church? It is admittedly hard to correct a brother or sister in the faith who is in serious error. Perhaps the one in error is a friend or close associate, or it may be that association with them provides a forum to get your message out to a wider audience. Or it could just be reluctance to criticize fellow believers whether one even knows them or not. For whatever reason, we all know it is uncomfortable to initiate what may end up being a contentious conflict with someone we care about or with whom we are collegially and/or congenially associated. Even so, Christians, especially those who hold positions of great influence, are given the responsibility to call out serious error in order to protect the larger church from following in that error. Would there be so many false prophets and teachers in the church today if pioneering false prophets had been responsibly dealt with decades ago? Do we in the church care enough about orthodoxy to potentially sacrifice fraternity?

Dr. Brown is a capable defender of Messianic Judaism, has done some very good work addressing homosexuality and transgenderism and, as far as we know, is an all-around nice guy. Intentions and motives are matters of the heart, something God knows but we could only speculate on. However, we can read his regrettable attempts to protect false prophets by creating new definitions of false prophets which have no scriptural support whatsoever. Because we care about Dr. Michael Brown and those who follow him, we wrote, “Michael Brown and the False Prophets.” What you are reading now is a critique of Michael Brown’s response to that blog.

A bit of background and refresher on the issue of false prophets may help. In March of 2020 we wrote, “True Prophecies by False Prophets?” in which we carefully looked at the biblical definitions of false prophets in Deuteronomy 13 & 18. The definitions are simple and straightforward. Deuteronomy 13 speaks to the doctrinal test of a prophet. If someone claims prophetic status and even speaks a prophecy that comes to pass, BUT promotes a false god, he is a false prophet.

Deuteronomy 18 speaks to the testing of a prophet’s actual predictions, whether the future events he foretells will actually come to pass or not. If someone claims prophetic status and even one prophecy fails, they are a false prophet. Why is that? It is to protect God’s reputation. They are telling people that what they speak and the events they predict comes to them from the very mouth of God, and it is a very serious offense to put God’s name on false predictions. God’s words about the future will always come to pass. There is nothing in the text which explicitly or implicitly calls anyone to determine the intent or motives of such a prophet, or to decide if the prophet were a true believer or not.

In both passages, the penalty was capital punishment. In Deuteronomy 13:8-10:

In Deuteronomy 18:20 God addressed the circumstance of one who gives a false prophecy:

But the prophet who presumes to speak a word in my name that I have not commanded him to speak, or who speaks in the name of other gods, that same prophet shall die.’

If we go back to Leviticus 20, we find the same penalty imposed for those who sacrifice children or engage in sexual immorality.

The reason false teachers/prophets were to be executed is also addressed in Leviticus 20 as well as many other places. We are to have an accurate understanding of the One True God (many NAR prophets teach a false view of God) and focus on Him and His revealed word. A true prophet will present a true picture of God and will not contradict God’s word. False prophets do contradict God’s word and present a false view of God, as well as tarnish God’s reputation as the ONE Who knows and foretells the future. God does not give us prophecies of the future for His or our entertainment. He foretells the future by His prophets, so people will know beyond the shadow of a doubt that He alone is God! Only the One True God knows and foretells what is going to happen before it does. (Isaiah 44:7-8, Isaiah 45:21-22, Isaiah 46:9-11) False prophets make God out to be a fool and turn people away from Him. After all, if God doesn’t know the future, how is He any better – any more God – than the ubiquitous false gods.

Dr. Brown responded to our more recent post, “Michael Brown and the False Prophets” with his “Who or what is a false prophet?” where he writes:

I have not defended those who prophesied falsely. I have called for accountability, and I have done so in very clear, strong terms.

This raised a question for us. Has God modified His definitions of or the penalty for a false prophet? We do not find that He did. Granted, the death penalty in ancient Israel, a theocracy, was not an option in the First Century Roman Empire as it is not in 21st Century Western society. However, the penalty for false prophets was the exact same penalty for adultery and other serious sins. We can ascertain just how despicable false prophecy is to God, that He equates it with adultery. So, while Brown calls for “accountability” – whatever he means by that – of false prophets in the church today, he seriously downgrades the gravity of what they are doing, calling their false prophecies “inadvertent.”  As Brown says,

That being said, the error of those who inadvertently prophesied falsely is not equivalent to “adultery, sexual immorality, or other grievous sin,”

Are we to understand that these men and women are prophets of the One True God, but “accidentally” give false prophecies in His name? Brown’s argument then is not with what we have written, for we have only gone to the revealed word of God. There is nothing in the textual definitions in Deuteronomy about judging whether the false prophecies of the prophets are intentional or inadvertent. No, the responsibility of the listeners was to give them a “T” or give them an “F.” (true or false) If it is an “F” in God’s theocracy, they were to execute them. Who was it that made the penalty for false prophets as severe as it was for “adultery, sexual immorality, or other grievous sin?” That would be God. Dr. Brown says he will explain, but unfortunately, he does not. He appeals to a person’s intent – something neither he, nor any of us as mere humans, can possibly know or determine, and which is nowhere included by God in the false prophet criteria.

Dr. Brown takes us to Matthew 7:15-18 but seems to miss entirely what the Lord said in those verses. The historical/grammatical context – which is very Jewish of course – is important in order to know how the audience would have understood what Jesus taught them.

When the Messiah spoke the words which Matthew later recorded, there were no New Testament writings. All the Scriptures at that time were Hebrew texts. The Messiah Himself, although fully God, was a fully human Jewish rabbi. He introduced no new revelation in the Sermon on the Mount as recorded in Matthew 5-7 so it would be difficult to imagine He added an “intent” clause concerning false prophets at that time. And of course, He would not since, as we have noted, no person but God can know the intent of someone’s heart. To give one sad example of human credulity, even among Christians, 1950s-60’s faith healer and evangelist, Marjoe Gortner, made a documentary about himself demonstrating how easy it was to dupe Pentecostal pastors and congregations who believed him based on how “Christian” he acted. He was not even a believer, but a con artist reveling in the piles of money he received for his act. God knows someone’s heart condition; we do not.

So, to this Jewish audience of Matthew 7:15, who knew the Mosaic definitions of false prophets, Jesus did not point to intent but to “the prophet’s fruit.” Jesus does say that false prophets “inwardly are ravenous wolves” but just before that Matthew records that Jesus said, “who come to you in sheep’s clothing.” (Matthew 7:15) Like Marjoe Gortner, the false prophets will look just like sheep. From all outward appearance, they will be the genuine article. The Jews to whom Jesus was speaking knew they were to judge prophets based on observable, testable criteria, “their fruit.” What was their “fruit”? If they look like “sheep,” wearing the correct outfits, saying the right things, behaving as would be expected, one cannot know their intent. Even if a false prophet should say, “did we not prophesy in Christ’s name, and cast out demons in His name, and do many mighty works in His name?” it will be of no use to him. Looking, acting, and talking like a sheep is not the test. There are only two things to look at. What do they teach about God and have they ever given one, just one, false prophecy? There is nothing here about judging intent. Christ’s hearers would have clearly understood the penalty for false prophets was the same as it was for the sexually immoral. Today, we would remove a pastor or elder who is involved with sexual immorality from any leadership position. In this case true “accountability” would apply to the church which should demand the same action to be taken with false prophets in the church.

Dr. Brown offers a false dichotomy when he writes:

Are we then to brand someone a false prophet because, in sincerity of heart and after much prayer, they wrongly prophesied Trump’s reelection?

And then compares that with:

There are people who claim to be pastors and who even serve as pastors, but they are really not called by God to be pastors, as sincere and devoted as they might be. Do we denounce them as counterfeit shepherds?

The sin of being a false prophet is judged by God the same as the sin of sexual immorality as we have demonstrated. For a proper comparison we would write:

There are people who claim to be pastors and who even serve as pastors and are engaged in sexual immorality even though they are sincere and devoted to their ministry. Do we denounce them?

Intent or rather, perceived intent, is not and never was the measurement to test leadership and especially a prophet. We cannot judge the thoughts and intents of anyone’s heart. That is God’s domain. We must judge on observable criteria which God has given. Because we do care about God’s reputation in the church and the world as One who knows the true future – and we also care for Michael Brown and the many in the Pentecostal movement who follow him – we ask that he repent of defending false prophets. Orthodoxy and fidelity to the word of God must come before fraternity.Ω