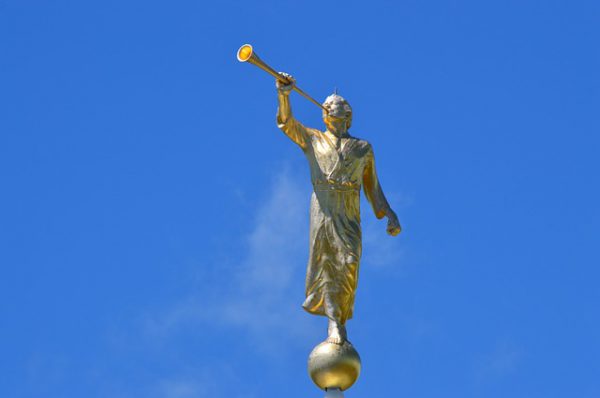 Image by Erika Wittlieb from Pixabay

There is a general belief among Christians that true prophecies cannot be made by false prophets. After all, the thinking goes, false prophets can only give false prophecies. We even have a biblical test to determine if one is a false prophet that is given in Deuteronomy 18:20-22:

But the prophet who presumes to speak a word in my name that I have not commanded him to speak, or who speaks in the name of other gods, that same prophet shall die.’ And if you say in your heart, ‘How may we know the word that the Lord has not spoken?’— when a prophet speaks in the name of the Lord, if the word does not come to pass or come true, that is a word that the Lord has not spoken; the prophet has spoken it presumptuously. You need not be afraid of him.

Just one failed prediction by someone claiming to be a prophet of God makes that person a false prophet! But the opposite is not true, because even if a false prophet should hit on a true prophecy, he could very well still be a false prophet if he fails certain other criteria, as laid out in Deuteronomy chapter 13. This was very serious business because in that day, giving false prophecy was a capital offense and false prophets were to be executed. The penalty had to be that severe, because people had to know who was truly speaking for God, and who was a fraud who could lead the people away from truth. So, in Deuteronomy 13, we have an entire chapter devoted to the description of a false prophet who may give true predictions of future events, the synopsis of which is contained in the first three verses:

If a prophet or a dreamer of dreams arises among you and gives you a sign or a wonder, and the sign or wonder that he tells you comes to pass, and if he says, ‘Let us go after other gods,’ which you have not known, ‘and let us serve them,’ you shall not listen to the words of that prophet or that dreamer of dreams. For the Lord your God is testing you, to know whether you love the Lord your God with all your heart and with all your soul. (Deuteronomy 13:1-3)

The first test of a false prophet revolves around the question of which god are they leading you to embrace? It’s interesting that recently, a chance to test a “prophet” surfaced on the Internet. As the Corona virus is spreading across this land, the writings of a deceased psychic, Sylvia Browne, have been cited as evidence of her accuracy and thus her credibility. In her 2008 book, End of Days: Predictions and Prophecies About the End of the World, on page 312 she writes:

In around 2020, a severe pneumonia-like illness will spread throughout the globe, attacking the lungs and the bronchial tubes and resisting all known treatments,” Browne wrote. “Almost more baffling than the illness itself will be the fact that it will suddenly vanish as quickly as it arrived, attack again ten years later, and then disappear completely.”

Viola! Here we are in 2020, and the Corona virus has arrived on the scene, has spread globally, attacks “the lungs and the bronchial tubes,” and at this time we have no vaccine (though most who contract the illness go on to recover). A vaccine is currently being tested, so it is yet to be seen if the illness will indeed “resist all known treatments.” And of course, it will be another ten years before we’ll know if the second part of her prophecy “comes to pass.” If it doesn’t, not to worry, she won’t be stoned to death. It’s “not done” to stone people to death today since we do not live in a theocracy, and in any case, she has already passed from this life. Someone might protest and say Browne never claimed to be a prophet from God. Ah, but she did make exactly that claim! In, “Sylvia Browne Dead at 77: Psychic Said Her Powers ‘Come From God‘” Christian Post Reporter, Sami K. Martin writes:

Sylvia Browne died Wednesday, Nov. 20, at the age of 77. Browne was a prominent figure for those who believed they could see into the future, and Browne firmly believed that her special powers came directly from God, though she was heavily criticized for many of her predictions and claim that she was given information from God and angels.

She may have been channeling some being which she mistook as an angel sent by God. There are many people today who are in contact with spirit beings supposedly sent to them by God. It’s quite a popular thing. What would-be channelers do not realize is that they may be in contact with spiritual entities known as demons whose desire it is to lead people away from the one true God. Sylvia Browne most certainly led those who followed her to false gods. In 1986 she founded Society of Novus Spiritus, subtitled, “Gnostic Christians,” definitely leading people to a false god or gods.

Christians may shake their heads and wonder how anyone could be deceived by her and/or her spirit contacts, but the whole point of false prophets is deception. Sometimes God uses false prophets to test His people:

Jesus warned His followers in Matthew 7:15-23 to “Beware of false prophets…” and the two definitions they would have had in mind would have been Deuteronomy 13 and 18. The “fruit” he talks about is not one’s outward good or bad works but their prophecies – and what they teach about God. We know that because of their attempted defense before Him on judgement day:

Truly sad is the fact that false prophets don’t only exist outside the church – in the world of the psychics and “Gnostic Christians” – but inside the church as well. They operate boldly in the ranks of the Word Faith and New Apostolic Reformation. Word Faith teacher, Kenneth Copeland, asserts God is a physical being about six feet tall, weighs a couple of hundred pounds more or less and created Adam to look just like Him. If God and Adam were standing together, Copeland says, you couldn’t tell them apart. Copeland also claims God cannot operate in this “earth realm” without our permission. That would mean God is a contingent being, limited by us, His creation. That man is a false prophet! Yet, he has many followers within the church. They are failing the test because they didn’t critically assess his teachings against scripture.

It seems that one of the principle leaders of the NAR, Pastor Bill Johnson of Bethel Church in Redding, CA specializes in training false prophets, as reported by Church Watch in “Bill Johnson – his false prophets cannot graduate before getting three prophecies wrong”:

“In response to a question about how he cultivates gifts such as prophecy, Johnson replied, “When I taught my boys to ride their bikes I took them to the park where there was a lot of grass so that when they fell, they fell safely. You have to create a context for people to learn the gifts, to operate in the gifts of the spirit. You have to give them permission to not get it right. In fact at our school we actually require our students to fail three times their first year. At least three times or they can’t graduate.” – Bill Johnson

In Deuteronomy 13, if someone made true prophesies but led people to false gods, they were a false prophet (Kenneth Copeland). In Deuteronomy 18, if they made even one false prophecy, they are a false prophet! God only gave us two choices on this question. Give them a “T” (true) or give them an “F” (false). There is no middle ground. For someone to have to go to a school to learn how to be a prophet is very troubling, since true prophets were called by God and given their gift. They did not have to practice! It is especially revealing that these students must prophesy falsely at least three times to graduate! One false prophecy makes them as false a prophet as they ever need to be!

Proponents of “prophecy schools” and that whole mess want to argue that New Testament prophets do not have to be 100% correct, but nowhere in scripture do we find that God changed the criteria He laid down in Deuteronomy. We would look in vain to find a passage where God says, “You know what, guys? I am going to change up the rules a bit. From now on, you can go ahead and give false prophecies. After all, perhaps I’m not making Myself clear enough for you to understand.” No, it is God’s very reputation and trustworthiness that is at stake if He were to give His prophets false dreams, visions and prophecies to spread to His people.

If you meet up with an NAR “prophet” and point out they are guilty of giving false prophecies, and they respond by saying, “I am a prophet in a sense,” just ask them, “In what sense – true or false?” There is no middle ground on this one.Ω