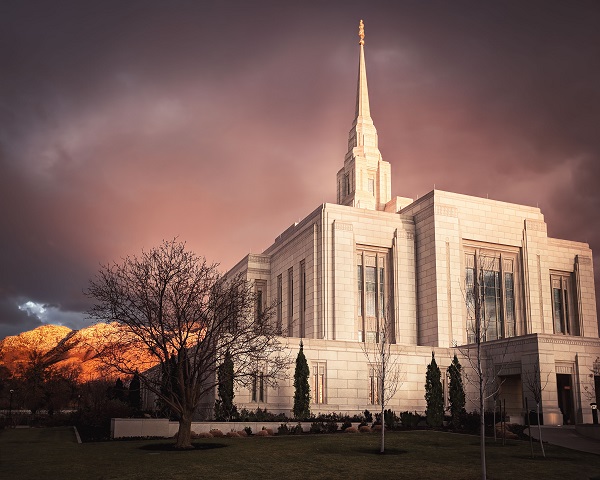 Photo by Mark Burnett on Unsplash

The Restoration Movement has always been a fascination to me.  Mormons are but one of the many groups that grew out of this movement, and they seem to be at the forefront of the groundless assertion that the first century Church, which was established by Jesus, failed to endure and has had to be completely restored to apostolic vitality.

The Old and the New Testaments both mention apostasy or falling way, (for example, Jeremiah 2:19;
Hosea 14:4; 1 Timothy 4:1), but never do the Scriptures even remotely suggest that this falling way would be total and complete, necessitating the need for a restoration.

The premise that “something lost,” i.e. the Gospel, has to be restored is a foreign concept to the New Testament.  In Matthew 16:18 Jesus made it quite clear that HE would build His Church and the Gates of Hell would not prevail against it.  The Church is precious to Jesus, and it would be inconsistent for Jesus to say He would build His church and then either build it on something other than Himself or give the commission of doing so to someone else. In addition, that would have made Him a false prophet. None of these scenarios are evident in Holy Writ.  If Jesus has failed to keep His Church, then it can be argued that the gates of Hell did prevail against it. It is Jesus and Jesus alone who has “all authority.” The Mormon assertion is a strange premise since Ephesians 3:21 says that, “Unto him be glory in the Church of Christ Jesus through out all ages, world without end.”  Strange words indeed if the Church ceased to exist and needed to be restored.

There are several models of restoration theology:

The restoration movement, also known as Christian primitivism and/or restoration, is the view that the pure and unequivocal truths of the Bible have either been lost or perverted and need to be restored. So, if you want to belong to the right church, “they say” you have to acknowledge that what passes today as sufficient theology is just barely sufficient, since, according to their claims, it is just a watered-down gospel. But you can take heart for they then invite you to join them, and in doing so you become part of the congregation that has uncovered the missing flaw and corrected it.

Jesus is the Head of the His Church. He set it up that way. Therefore, it follows that Jesus is still the Head of the Church He is building.  He added to the Church in Acts 2 and He is still adding to that very Church today. The Father gave Jesus as the Head over all the Church (Ephesians 1:22).  Jesus is the Good Shepherd (John 10:11-18), but the Mormons and others imply, if not outright claim, that this Shepherd lost all of His sheep. Since Jesus has all authority and said he would build His Church of which He is head, how could He possibly lose it?  Yet that is what the Mormons maintain.  They claim all authority was lost after the death of the last apostle.

Saddening as the thought may seem, the Church founded by the labors of Jesus and His Apostles was destroyed from the earth; the Gospel was perverted; its ordinances were changed; its laws were transgressed; its covenant was, on the part of man, broken; and the world was left to flounder in the darkness of a long period of apostasy from God… a universal apostasy from the Christian doctrine and the Christian Church took place. (D.H.C., Vol. I, Introduction, pp. 39 and 41)

LDS use several verses in an attempt to support what I might call this “balloon juice”:

However, if we take the time to read each of these Scriptures in context we find not one of them predicts a total and complete apostasy.

Despite all this, there is great news for the Mormons. The same saving Gospel and Church that Jesus started and is building are still efficacious today. Jesus Christ called us to Himself. He did not set up any other mediators for people to go through or join in order to come to Him. The Gospel is simple and should not be added to or taken away from. The message of the early Church is still the same message of the Church today. 1 Corinthians 2:2,

For I determined not to know anything among you, save Jesus Christ, and him crucified.

A few chapters later Paul gave the simple gospel to the Corinthians which he said is the saving gospel:

To the Romans he wrote,

…if you confess with your mouth that Jesus is Lord and believe in your heart that God raised him from the dead, you will be saved. For with the heart one believes and is justified, and with the mouth one confesses and is saved. (Romans 10:9-10)