To Be or Not to Be – That is the Question 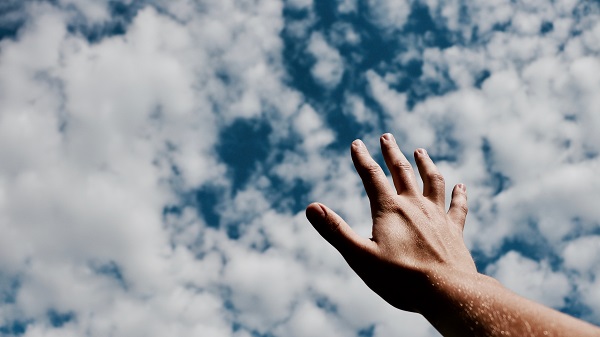 Photo by Jeremy Perkins on Unsplash

“Honest questions deserve honest answers, but dishonest questions don’t deserve any answers” is a bit of advice passed on to us by our friend and co-founder of Jews for Jesus, the late Jahn Moskowitz. It came at the end of a story he was relaying about a conversation he had with a Jewish atheist who raised an objection to Christianity. Would God reject the man’s “good” mother when she died if she didn’t receive the Messiah? Jahn looked at him and asked, “If I give you an honest answer, will you believe?” The man said, “No.” Jahn responded, “Shame on you for bringing your dear mother’s name into a conversation with a dishonest question.  Honest questions deserve honest answers, but dishonest questions don’t deserve any answers.” As it happened, that mother trusted in the Messiah prior to passing away. Several years later the man in question was dying of cancer and had someone ask Jahn to come and see him. He said he would only talk with Jahn because Jahn had been one of the few who were honest with him and not easily bullied.

Jahn’s “honest question” stance has served us well over the years. We love to answer people’s honest questions to the best of our ability, but we sometimes do have to pick and choose where we will devote our limited time and resources. There are people who pose questions just for argument’s sake, or who are looking for reasons to justify their unbelief, and who do not really consider the answers given. We do not generally feel obligated to interact with dishonest questioners, though we do make exceptions.

We have met with many JWs over the years. They may throw dishonest or twisted questions at us, but at least they are not misrepresenting themselves as someone they’re not. They are not pretending to be seeking answers from you, or any type of two-way dialog. They truly believe their own arguments and openly seek to convert the people whom they meet. For our part, we know they have no intention of considering our point of view if they can at all help it. But to us, it’s a calling. God has given us a peculiar love for them. We pretty much know what dishonest questions and statements they are going to throw at us, and we hope to give them good answers they may never have heard before.  We also pray that they will later remember, or more to the point that the Holy Spirit will bring to their minds, what we have said in spite of themselves. It is also our desire to protect other people who are listening and could be led astray by JW arguments, if the arguments are not answered.

Back on topic, people who are seeking to understand something and asking honest questions deserve honest answers. They may not accept the answers given – or they may choose to believe something else – but it is not a waste of time or energy to dialog with them. Much as we want people to come to faith in the true God, it is a decision only they can make. Our job is to be ready and respectful. The Apostle Peter writes:

…always being prepared to make a defense to anyone who asks you for a reason for the hope that is in you; yet do it with gentleness and respect. (1 Peter 3:15)

He didn’t say we should force them to believe, which cannot be done anyway, but to make a defense for the faith, or as some translations put it, give an answer.

Earlier this month we did a live webcast titled, “Corrupted Faith and Church Councils” with Wayne and Irina House. Afterward, an atheist, probably a former JW, posted blocks of questions in an effort to discredit Scripture and support views they are putting forth. Unfortunately, the questions raised do little more than demonstrate they do not understand the concept of historical/grammatical context or word usage. Both are important to understanding written and verbal communications. We thought that even though these appear to be dishonest questions, it might be helpful to others to respond to one of the posted objections. As we said, we do make exceptions. For example, one of the objections stated:

The devil lied in the garden by telling Eve that she wouldn’t die? You are the ones that teach that a person doesn’t die with your teaching of the immortal soul that either goes to heaven or burns in hell.

You are upholding the lie Satan told to Eve, but Satan was right.  She didn’t die, did she?

In answering the objection, word definition and usage is the first place to go. Words in most languages have a range of meaning, and how a word is used in a particular context tells us what the word means. For example, if we threw out the phrase “The Gay 90’s,” what would the word “gay” mean? It depends on the decade. If we are referring to the 1890s, it would have meant happy and carefree. If we are referring to the 1990s, however, it might very well have a sexual connotation.

In case above, the word in question is die. Does the word die mean to go into non-existence or some sort of annihilation? The answer is “No.” As Vine’s Complete Expository Dictionary of Old and New Testament Words points out:

“Death” is used in Scripture of:

(b) the separation of man from God; Adam died on the day he disobeyed God, Gen. 2:17, and hence all mankind are born in the same spiritual condition, Rom. 5:12, 14, 17, 21, from which, however, those who believe in Christ are delivered, John 5:24; 1 John 3:14. “Death” is the opposite of life; it never denotes nonexistence. As spiritual life is “conscious existence in communion with God,” so spiritual “death” is “conscious existence in separation from God.”

The Apostle Paul confirms this in such passages as Ephesians 2:1, where he writes to those who were clearly breathing and walking around that they, “were dead in their trespasses and sins.” He passed along the same view in Colossians 2:13 to those who again, are walking around, buying groceries, having children, and engaging in other activities not consistent with non-existence:

And you, who were dead in your trespasses and the uncircumcision of your flesh, God made alive together with him, having forgiven us all our trespasses,

Death is separation, not annihilation. When Adam and Eve partook of the fruit of the tree, they were immediately spiritually separated from God and had something new and accusatory …conscience! The result was an attempt to cover up and hide from God. Human beings are born spiritually dead or separated from God, and by faith may receive life and have a conscious communion with God. As Vine’s notes above:

Secondly, the Hebrew text carries the idea that “in dying you shall die.” Not only were Adam and Eve spiritually dead, their bodies began the process of physical death, at which point, when they breathed their last, their spirits were separated from their body. Human spirits do not cease to exist but are waiting, either in God’s presence or separated from God’s presence in torment. So, in fact, Satan did lie to Eve. She took the forbidden fruit and immediately died spiritually – and began the process of physical death.

Context and word definitions are very important to consider, that we might not be deceived by dishonest questions as Eve was by the serpent.Ω