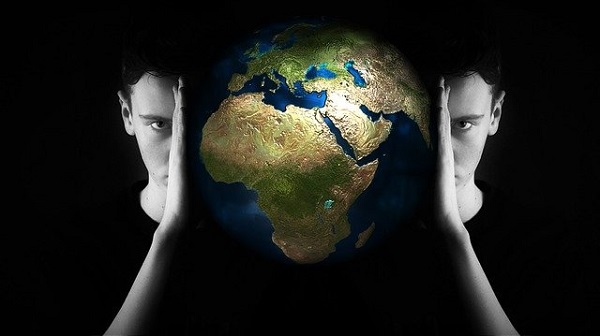 As we help those who are former cult members, it is nearly always necessary to show them how to read the Bible in its historical and grammatical context. Bringing new clarity to a person’s understanding of Scripture is a process we refer to as “unwinding.” Plenty of false teaching results from lifting passages from their historical-grammatical context and giving them new inventive meanings. Nearly all cult groups and false teachers within the church build their followings with this nefarious practice. The results of “scripture twisting” are harmful spiritually – and sometimes physically deadly. There have been far more deaths due to the Watchtower’s out-of-context teaching on Acts 15:19-20 than the number who died in the Branch Davidian compound fire in Waco, Texas, in 1993. James, addressing an early council of believers in Acts 15:20, concludes that:

Therefore my judgment is that we should not trouble those of the gentiles who turn to God, but should write to them to abstain from the things polluted by idols, and from sexual immorality, and from what has been strangled, and from blood. (Acts 15:20)

What James is asking of the newly converted Gentiles is a complete abandonment of the spiritual defilement that comes from idolatry. While this is expressed in terms of avoiding ‘things sacrificed to idols,’ the reference is most likely banning actual participation in pagan temple feasts, not simply to the “uncleanness” under the Mosaic Law incurred from eating meat bought in the marketplace that may have been sacrificed in pagan temples. David G. Peterson comments:

Sexual immorality in the broadest sense is most probably intended by the use of the Greek word porneia, rather than simply spiritual adultery in the practice of idolatry. The meat of strangled animals refers to meat from which the blood has not been drained because of the way it was killed (e.g., Ex. 22:31; Lv. 17:13–16)1David G. Peterson, The Acts of the Apostles, The Pillar New Testament Commentary; Grand Rapids, MI; Nottingham, England: William B. Eerdmans Publishing Company, 2009, 433–434

Yet, the Watchtower Society uses this Scripture about “abstaining from blood” to ban the use of life-saving medical blood transfusion, which has nothing to do with eating blood and certainly is not by any means a pagan practice. We have zero accounts, or any other evidence, suggesting that temple pagans medically transfused the blood of sacrificed animals into the veins of human beings as a life-saving practice. Taking the passage about avoiding pagan religious practices from its historical-grammatical context and somehow twisting it to ban its members from accepting life-saving blood transfusions is not only an abuse of the word of God but has resulted in the needless deaths of thousands of Jehovah’s Witness men, women, and innocent children. Out of fear of God’s punishment – that of losing their hope of eternal life – Jehovah’s Witnesses make the deadly choice of allowing their loved ones to suffer and die rather than permit the use of an often life-saving medical procedure.

A similar scripture-twisting declaration is used by Word-Faith teachers who tell their followers that physical healing is guaranteed to the person who speaks “faith-filled words.” Suppose one of their followers does not experience healing? In that case, they can be blamed for their continued illness or even death because their seeking medical treatment showed them as “claiming the illness” instead of “claiming the healing.” And even if the sick person does not seek medical attention, they can still be blamed for the fact they did not experience healing since it should be obvious to all that they were not healed because they did not have enough faith. It’s a scam, pure and simple.

After speaking in a church this past Sunday, I (Don) was enjoying a potluck dinner with the congregation. During our dinner banter, I mentioned that all of the Apostles were Jewish. They had been chosen by Jesus to

A visitor to the church was seated nearby and challenged my statement by claiming that one of the twelve was a Canaanite. I inquired if there was a biblical affirmation that one of the twelve who will be sitting on twelve thrones judging Israel is, in fact, a Gentile? He insisted this was true, out of his confident exuberance wanted to wager $20 that it was true. He asserted it could be found in the King James Version of the Bible but could not recall the exact passage. Gambling in the church seems, at the very least, inappropriate. I declined his wager. However, I did research the context, history, and grammar after I returned home.  Here is what I found:

The New King James Version, the Geneva Bible of 1587, and the Bishops’ Bible of 1568 translated it “Simon the Cananite.” The International Version, American Standard Version, A Faithful Version, Darby Bible Translation, and English Revised Version translate these two passages as “Simon the Cananaean.” The majority of Bible translations translate the passage as “Simon the Zealot.” In no cases were the translators implying Simon was not Jewish. They were noting his Zealotry. This appellation was likely a nickname he had acquired before even following the Messiah and is used by the gospel writers as a way to distinguish this Simon from Simon Peter. Why the varying translations? A little research can be helpful here. The Greek word, Καναναῖος (kananaios, meaning zealot) is perhaps best translated as Zealot, Cananite, or Cananaean. As the inimitable Charles Spurgeon commented:

Simon called the Zealot has apparently two surnames in Scripture, but they mean the same thing. He is called Simon the Canaanite in Hebrew—not because he was an inhabitant of Cana or a Canaanite, but that word, when interpreted, means precisely the same as the Greek word Zelotes. He was called Simon the Zealot. I suppose that he had this name before his conversion.

The standard interpretation among modern scholarship is that the title “Cananaean” is an Aramaic word (קַנְאָן, qan’an) meaning “zealous one” and is not associated with the land of Canaan or the city of Cana (Hengel, The Zealots, 69–70).

Luke gives him the title “Zealot” (ζηλωτὴς, zēlōtēs) in both his Gospel and the book of Acts, implying that Simon was the “zealous one.” Both of these titles, Cananaean and Zealot, reflect the author’s intention to distinguish between this Simon and the other apostle, Simon Peter.2John T. Lowe, “Simon the Zealot,” ed. John D. Barry et al., The Lexham Bible Dictionary; Bellingham, WA: Lexham Press, 2016

By the time Luke wrote, however, the title “Zealot” had become attached especially to a militant, anti-Roman, revolutionary faction, equally religious and political in motivation.3Walter A. Elwell and Barry J. Beitzel, “Zealot,” Baker Encyclopedia of the Bible; Grand Rapids, MI: Baker Book House, 1988, 2179

Simon was a native of Cana in Galilee. He was, as noted, a Zealot. He was the son of Clopas (brother of Joseph, Mary’s husband). Alphaeus, the father of James, is generally regarded as being the same as Clopas or Cleopas. This identifies Simon Nathaniel, son of Cleopas, with Simon Zealotes. If so, this sheds additional light on James, son of Alphaeus and Simon Zealot as brothers. In other words, the Simon in question is decidedly Jewish.

We are not accusing our dinner companion of being a deceiver or, for that matter, of trying to win an easy $20. 😊 Not at all. Who can claim to be 100% accurate in their Bible understanding? Having said that, there are many individuals and groups that routinely, purposely and dangerously twist the scriptures in order to deceive and keep others in bondage. The Bible calls them false teachers and/or false prophets.

What we wish to convey is that it is sometimes necessary to compare several Bible versions and/or consult Bible commentaries to sort out what exactly is being said of a particular individual or situation. Does this specific difference in the KJV translation constitute a terribly serious difference? It is not a difference that might jeopardize someone’s eternal life – or one’s physical life, for that matter. But it may very well impact one’s understanding of the particular biblical text and, in this case, the Jewishness of the context. We want to know what the authors actually said when reading the Bible. Furthermore, we want to know what they meant by what they said!

By carefully comparing Scripture with Scripture and Bible version with Bible version, we may protect ourselves from serious error. If left unchecked, a minor drift from the historical-grammatical test can lead to serious heresy.Ω