Is it Really All About Sex? 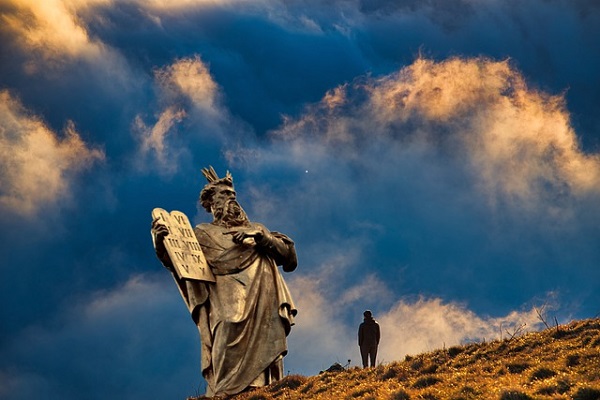 Image by Enlightening Images from Pixabay

Aldous Huxley died Nov 22, 1963, the same day JFK died. In addition to sharing the date of their departure from this life, both shared the humanist sexual appetite. Prolific atheistic author Isaac Asimov said, “emotionally, I am an atheist.” That is a convenient way to live an unfettered life. If there is no god, there is no ultimate meaning for life or plausibly sound basis for objective morality. As the late Stephen J. Gould said in the documentary, “A Glorious Accident,” there is no mechanism in evolution for the evolution of morality, “morality is just not a theme.” Aldous Huxley elaborated:

I had motives for not wanting the world to have a meaning; consequently assumed that it had none and was able without any difficulty to find satisfying reasons for this assumption…The philosopher who finds no meaning in the world is not concerned exclusively with a problem in pure metaphysics; he is also concerned to prove that there is no valid reason why he personally should not do as he wants to do….For myself, as, no doubt, for most of my contemporaries, the philosophy of meaninglessness was essentially an instrument of liberation. The liberation we desired was simultaneously liberation from a certain political and economic system and liberation from a certain system of morality. We objected to morality because it interfered with our sexual freedom; we objected to the political and economic system because it was unjust. The supporters of these systems claimed that in some way they embodied the meaning (a Christian meaning, they insisted) of the world. There was one admirably simple method of confuting these people and at the same time justifying ourselves in our political and erotic revolt: we would deny that the world had any meaning whatsoever.”1Aldous Huxley,” Beliefs,” Ends and Means: An Enquiry into the Nature of Ideals and into the Methods Employed for their Realization; London: Chatto & Windus, 1938, 270,272, 273

Sexuality itself becomes identity. It becomes associated if not identified with who or what I am. Ultimately, it’s not all about sex. It’s much deeper. The sexual revolution on steroids with which we’re now seeing and was predicted is a symptom of the search for human identity, meaning, and significance, i.e., the quest for what it means to be human. This quest is orphaned when we kill God, and anything goes in His place. The existential quest is always a quest for “God,” but the “God” many seek is one made in man’s image.

CS Lewis, the Cambridge atheist, turned skeptic, died the exact same day as Huxley and JFK, but had a different view. He believed that man was made in God’s image, not vice versa and that humans have a particular nature and a certain telos (end, goal, purpose) relative to that human nature whose desires can be satisfied only by what is desirable, by the one who made us with those desires. However, in his fallen state, man’s search is like the country music song, “lookin’ for love in all the wrong places.” Lewis said that “from the biblical point of view, speaking about man’s search for God is like speaking about the mouse’s search for the cat.” Let that sink in.

It is no wonder Huxley had wish-fulfillment motives to kill God. “If God is dead, then everything is permissible.” Huxley had an appetite like the rest of us, yet one whose yearning will never be satisfied outside of God. Not every desire is desirable, just as not every belief is true. We should aim to have our subjective desires align with what is objectively desirable for the sake of Goodness, the same as having our beliefs align with reality for the sake of Truth. Both are objectively grounded in the Christian God. As commitment to God fades in the west, we ought not be surprised to see the collapse of western civilization. Humanism is like a parasite living on its host. In moderation, it can survive living on “borrowed capital.” But if it drinks too much, the host dies, and along with it, so also does the parasite.Ω

Corey Miller, Ph.D., is the President/CEO of Ratio Christi (2015-Present). While he grew up in Utah as a sixth-generation Mormon, he came to Christ in 1988. He has served on the pastoral staff at four churches and has taught nearly 100 college courses in philosophy, theology, rhetoric, and comparative religions at various places (Purdue, Indiana University, Multnomah University, and Ecola Bible College). From 2009-to 15 he served on staff with Cru’s Faculty Commons ministry at Purdue. He is an Adjunct Professor of Philosophy and Comparative Religions at Indiana University-Kokomo. While variously published in journals (International Philosophical Quarterly, Philosophia Christi, Christian Research Journal, etc.), he is also the author or co-author of Leaving Mormonism: Why Four Scholars Changed their Minds (2017), Is Faith in God Reasonable? Debates in Philosophy, Science, and Rhetoric (2014), In Search of the Good Life: Through the Eyes of Aristotle, Maimonides, and Aquinas (2019), and Engaging with Mormons: Understanding their World, Sharing Good News (November 1, 2020). Dr. Miller holds masters degrees in philosophy, biblical studies, and in philosophy of religion and ethics. His Ph.D. is in philosophical theology from the University of Aberdeen, Scotland. He is passionate about defending and proclaiming the truth of the Gospel in winsome and bold ways. Miller lives with his wife Melinda and three children in Indiana.
You can find out more about their work at: Ratio Christi