Do Humans Have Rights That Can Be Violated? 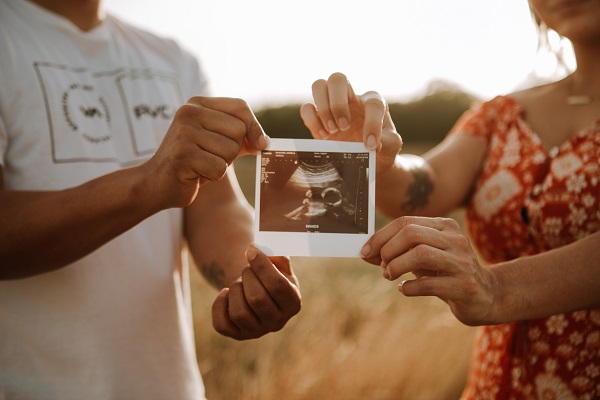 Photo by Omar Lopez on Unsplash

(Editor’s Note: This is something we published in 2010 which seems still up to date.)

“The government of Vietnam’s desire to reap the benefits of the global economy must be matched by efforts to respect comprehensive human rights,” a bipartisan group of 19 members of Congress wrote to Clinton on July 15.

This was an interesting paragraph in the article Clinton pushes Vietnam on human rights progress. It also helped to begin crystallizing something I have been thinking about. Do humans have rights solely based on being human? Rather than simply making an assertion I decided to put the question to an organization that specializes in addressing human rights violations, Amnesty International. I emailed them and asked:

There seems to be some confusion when using the term phrase “human rights”. Do you mean by this that humans have rights based solely on being human? If a nation decides that a human is not legally a person and therefore has no rights, for only persons have rights, is that something you affirm?

The question is fairly simple and straightforward. Do humans have rights because they are human or are there some other criteria for protecting rights? Perhaps a human has no rights because the lawmakers used some arbitrary criteria to define personhood and then only protect the rights of those who are legally a person. In this scenario non-persons, human or not, do not have any legal rights nor are deserving of protection. I received a response in less than 24 hours:

Thank you for your interest in Amnesty International and the work that we do.

I’m unaware of the confusion that you mention.

Human rights are those which all humans should be entitled to, regardless of legislation introduced by an individual country that may undermine any of these.

I do not understand your differentiation between people and humans, but I hope that this goes some way to answer your question.

I have spoken with others about this question recently and have watched as they also short-circuited and changed the parameters of the question from “person” to “people.” There is an important distinction here. The word “people” is used interchangeably with “human” whereas “person” is a legal designation. Now, writing as an Evangelical I believe that person and human are also interchangeable. I responded back:

Thank you for your timely response and clear answer. The confusion wasn’t between “people” and “human” but between “person” and “human.” For example, in the United States, when slavery was legal, no one denied that slaves were human. However, in the eyes of the law, they were not “persons.” Several state legislatures and the U.S. Supreme Court affirmed this position.1The non-slave states recognized them as persons while the slave states wanted them to be counted as persons for the purposes of increasing legislative representatives, but in all other respects, the slaves classified as property having no personal rights or autonomy. The Three-Fifths Compromise explains, “After a contentious debate, the compromise that was finally agreed upon—of counting “all other persons” [slaves] as only three-fifths of their actual numbers” Therefore, even though they were human but not persons, they had no rights or protections under the law. They were simply property and could be cared for and protected or beaten, sold, dismembered, and even killed without legal reprisal since they were not persons and had no rights. This classification was based on the arbitrary criteria of skin color.

Currently, preborn humans are legally classified as non-persons based on the arbitrary criteria of geography. They are living inside the womb vs. outside the womb. Based on these arbitrary criteria state legislatures and the U.S. Supreme Court do not extend “personhood” and the attendant legal rights and protections afforded “persons” until a geographical change occurs from inside the womb to outside the womb. Even though human, they are property and can be cared for and nurtured until they make the geographical change, or they can be dismembered, burned to death with saline, or even have their brains vacuumed out a few centimeters away from a full geographical change since they are property and not persons even though human. As long as this arbitrary classification stands, I am not really sure on what basis someone could say that slavery was wrong or in the case of other nations if those nations are abusing humans who have been legally classified as non-persons on what basis they could be charged with human rights violations? In the U.S., legally, persons have rights, humans do not.

Now I am not sure how they will respond. They may even choose to ignore this question at this point. After all, if they affirm that the law can use any arbitrary criteria to determine a legal definition of personhood which excludes certain humans from protection, there is really no basis on which to say slavery was wrong. Slavery was legal because legally the slaves were not fully “persons” even though they were human. We could say that it would be wrong to own slaves in the United States today but that is only because the law has changed and eliminated the skin color criteria not because blacks are any more human than were their ancestors.

Other nations that commit so-called human rights violations may not be doing anything wrong if this arbitrary criterion is the measure. They may simply choose a different set of criteria but since the criteria is arbitrary it doesn’t matter because it is the criteria their government has chosen. North Korea, Vietnam, China, and others may have legally defined those who are being abused as non-persons. If that is so, what right do we as a nation have to try to force our arbitrary definition onto other nations and cultures? After all, our current arbitrary definition is, as I pointed out to Amnesty International, based on geography. A human in the womb is not a person but once they make a move of a few inches from inside the womb to outside the womb, the new location makes them legally persons and affords them protection under the law. If the arbitrary criteria above are false and humans deserve protection solely on the basis of being human that changes how we view the issue of being pro-abortion vs. anti-abortion. Dr. Seuss might say, humans, are human, “No matter how small.” Preborn humans are small but human nonetheless. If humanness and personhood are interchangeable terms, then the small preborn humans deserve protection. If these are not interchangeable but one is purely legal and arbitrary (person) while the other biological, then we can no longer view slavery as having been wrong in the past and should abandon any attempt at correcting human rights violations in other nations who have simply chosen a different set of arbitrary criteria.

I will be interested to see the response from Amnesty International if they don’t choose to ignore me.Ω

© 2010, Midwest Christian Outreach, Inc All rights reserved. Excerpts and links may be used if full and clear credit is given with specific direction to the original content.