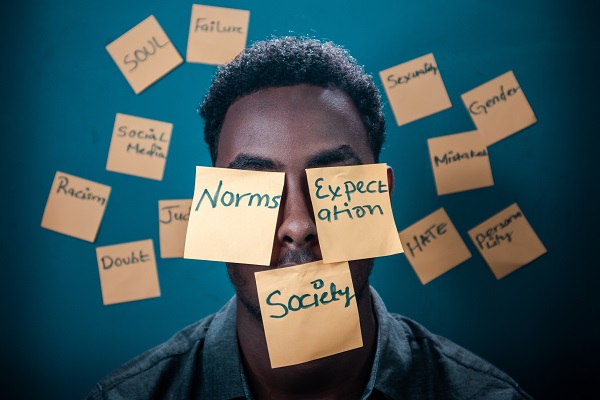 Photo by Yasin Yusuf on Unsplash

[Note: This article is Part 1 of a projected series.]

Currently, a battle is being waged for the soul of my home denomination. In the theologically conservative Presbyterian Church in America (PCA), the question is being asked: What did Paul mean when he wrote, “such were some of you,” and how should we apply it in the life of the church?”

On one side are those who say, “This truth must govern how we both think and speak about ourselves. We are no longer ‘sexually immoral, nor idolaters, nor adulterers, nor men who practice homosexuality, nor thieves, nor the greedy, nor drunkards, nor revilers, nor swindlers.’ True, those were things that dominated the cores of our beings before we came to Christ. They were even things that people called us. So, they became de facto names for us—i.e., how people identified us. But they are no longer who we are. It was who we were but is not who we are, and we should no longer identify ourselves by any of those terms.” (1 Cor. 6:9-10 ESV)

On the other side are those who say, “Wait a minute! We still struggle with these things. The temptations have not gone away. We doubt they ever will. So, we think we should speak as if we still are those things—as if they identify us. And besides, we want to communicate the Gospel to our culture in a winsome and welcoming way. We want to be like Jesus, and didn’t He identify with sinners? So, why can’t Christians who struggle with same-sex attraction while remaining celibate refer to themselves as ‘gay Christians?’”

These are the two sides in the battle or at least the two most vocal ones. I hope I’ve represented them accurately. If not, I’m sure someone will let me know.

Perhaps at one time, this was a cordial debate or even a minor fraternal squabble. It seems those days are now past us. I will spare you the details, but on various fields, the calls have gone out, the troops have been marshaled, and the battle has been joined.

“Haven’t you heard it’s a battle of words?”1“Us and Them,” song by Richard Wright and Roger Waters, from Dark Side of the Moon, by Pink Floyd, 1973.

Those who raise this objection would say 1 Cor. 6:9-10 teaches that all Christians who came to Christ out of homosexuality are fundamentally “ex-gay,” just as all who came to Christ out of a pattern of adulterous behavior are “ex-adulterers.” As Al Mohler put it, “The larger problem is the idea that any believer can claim identity with a pattern of sexual attraction that is itself sinful.”3R. Albert Mohler Jr., “Torn Between Two Cultures? Revoice, LGBT Identity, and Biblical Christianity,” August 2, 2018, https://albertmohler.com/2018/08/02/torn-two-cultures-revoice-lgbt-identity-biblical-christianity. Regardless of how much we continue to struggle with temptation, our union with Christ is what identifies us now and that union entails a decisive break with sin—a past-tense crucifixion of it, in fact: “…those who belong to Christ Jesus have crucified the flesh with its passions and desires.” (Gal. 5:24, ESV, italics added, cf. Rom. 6:6.) Those things no longer represent us.

As we might have expected, comparing “gay Christian” to “adulterous Christian” has generated pushback from the other side. One “LGBTQ Christian leader,” wrote, “Please, please, please don’t use this analogy. I know what you mean, but this one really ticks gay people off, and it gets you nowhere.”4Justin Lee, “Questions from Christians #5: ‘Isn’t calling yourself a gay Christian like calling yourself an adulterous Christian?’” August 5, 2013, Geeky Justin, https://geekyjustin.com/questions-from-christians-5-isnt-calling-yourself-a-gay-christian-like-calling-yourself-an-adulterous-christian/.

While I don’t think it’s good to have ticking people off as a goal, and while it’s nice when people find your points persuasive, neither of these serve as ultimate criteria for the validity of an argument, especially one about biblical ethics. Here the standard is whether it’s faithful to Scripture.

If some people choose to get angry and become hardened in their positions in response to a legitimate comparison, that is as unsurprising as it is immaterial. Besides, arguments that don’t convert opponents can still edify allies.

Even less impressive is the author’s first stated reason for why the analogy is so anger-inducing and ineffective. He wrote, “First of all, there is a huge difference between a loving, monogamous relationship—gay or straight—and adultery.”

This isn’t an idea that can fly in a conservative Reformed denomination like the PCA. Or at least it shouldn’t.

“(If Loving You Is Wrong) I Don’t Want to Be Right”5Song by Homer Banks, Carl Hampton, and Raymond Jackson; sung by Luther Ingram, Barbara Mandrell, and others.

It’s par for the course in our culture to hear people base their definitions of right and wrong on emotive values. Using the idea of using “loving” as the measuring stick is a legacy of Joseph Fletcher’s Situation Ethics6Joseph Fletcher, Situation Ethics: The New Morality, Philadelphia: Westminster Press, 1966. which in turn is a legacy of theological liberalism.7“The virtue of Christ which religious liberalism has magnified beyond all others in love.” H. Richard Niebuhr, Christ and Culture, New York, NY: Harper and Rowe, 1951, 15.

I’ve interacted here with a so-called “gay Christian” who was raised Southern Baptist, but this debate has been going on for years now across evangelicalism including conservative Reformed denominations like my own. And in the PCA, where the conflict over “identity” has turned into something of a firefight, one of our doctrinal standards is the Westminster Larger Catechism, which informs us that,

…The sins forbidden in the seventh commandment [against adultery], besides the neglect of the duties required, are, adultery, fornication, rape, incest, sodomy, and all unnatural lusts; all unclean imaginations, thoughts, purposes, and affections…8Westminster Larger Catechism, 1647, Q. 139. Italics added.

From the standpoint of historic Reformed theology, not only does all homosexual behavior (“sodomy”) whether within “marriage” or otherwise, violate the commandment against adultery, so do the feelings (“affections”) or attraction that precedes the behavior.

Since he gives no indication of having any background with Reformed theology, it’s not surprising that the author seems to see no connection between homosexual behavior itself and adultery. But since he says he came out of a Southern Baptist background, his second objection to the “gay Christian”/“adulterous Christian” analogy does surprise me. He wrote:

Adultery is an act. It’s something a person does: cheating on their spouse. But being gay isn’t an act. It’s what you feel, not what you do.9Justin Lee, ibid. Italics is in the original.

So, while he was a Southern Baptist, he never heard a sermon on Matt. 5:28, or at least read it?:

But I say to you that everyone who looks at a woman with lustful intent has already committed adultery with her in his heart. (ESV)

Before God, adultery is something you’re guilty of even before you do it, at least according to Jesus. What you feel can break the seventh commandment.

The word “lustful” here translates the verb epithuméō (ἐπιθυμέω), which refers to a strong desire or longing for something. Greek had a single word for this, and the New Testament uses it for both good desires (Lk. 22:15; Heb. 6:11) and sinful desires, or lusts (Rom. 7:7; Jas. 4:2).

And when it comes to sex, a desire’s orientation, for lack of a better word, determines whether it is righteous or sinful. Scripture only acknowledges sexual desire for a biblically lawful spouse as righteous. All other sexual desire violates the commandment against adultery, which requires the duties of “chastity in body, mind, affections, words, and behavior.”10Westminster Larger Catechism, 1647, Q. 138.

Christianity and Its Cultured Revisers

In his book Christ and Culture,11Niebuhr, ibid. H. Richard Niebuhr examined five attitudes toward culture that Christians have adopted. The second of these, which he labeled “The Christ of Culture,” is the most accommodationist and has characterized such diverse, envelope-pushing folks as the Gnostic heretics, the controversial Peter Abélard,12In the 12th century, Bernard of Clairvaux accused Abélard of Trinitarian heresy. Abélard also formulated the moral influence view of the atonement in opposition to Anselm of Canterbury’s view that Christ died to make satisfaction for our sins. and 19th-century theological liberals Friedrich Schleiermacher and Albrecht Ritschl.13Niebuhr, ibid., 41, 83-115. His other categories were “Christ Against Culture,” “Christ Above Culture,” “Christ and Culture in Paradox,” and “Christ the Transformer of Culture.” I find it difficult to avoid seeing those who seek to normalize the term “gay Christian” as recent members of this school.

Our culture is telling us that it’s “okay to be gay,” and that virtually every kind of “sexual orientation” should be affirmed. It’s telling us that “gayness” is unalterable, except perhaps when it’s not because of “gender fluidity,” and it’s increasingly hostile to “heteronormativity.”

By now, it should be clear to anyone who takes the Bible and Christianity seriously, the real issue is, to flip the terms in Niebuhr’s first category, “Culture Against Christ.” Any compromise with these trends is obviously evil. And I don’t see how you can normalize the term “gay Christian” without making such a compromise.Ω

This article was updated December 10, 2021 at 3:20 am. © 2021, Midwest Christian Outreach, Inc. All rights reserved. Excerpts and links may be used if full and clear credit is given with specific direction to the original content.