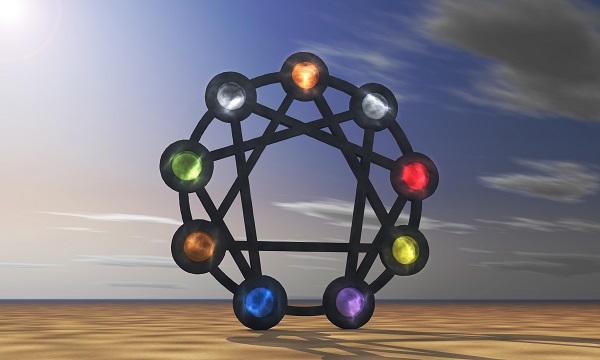 This question keeps coming up in connection with the Enneagram. This is especially true with the introduction of Enneagram Coach, Beth McCord and her husband, Jeff, who is a pastor. The claim they make is they have stripped the Enneagram of its false teaching and are teaching a biblical version. In Beth’s material she claims she has been teaching the Enneagram for between 17-20 years, depending on where you read it. She also claims she has:

…been trained by the best Enneagram experts and pouring hundreds of hours into advanced certifications, Beth is now leading the industry in simplifying the deep truths of the Enneagram from a Biblical perspective.1https://familychristian.com/contributors/beth-mccord-your-enneagram-coach

Here we encounter our first problem. Without exception, her teachers were New Agers. Helen Palmer, Russ Hudson, David Daniels, Jessica Dibbs and Kathrine Fauvre. So, when we hear Christians who are going on the “Love Like you Mean It” cruise with Beth and Jeff McCord to learn about relationships through Enneagram workshops we should be concerned. On the “By His Grace,” podcast “Marriage and the Enneagram: Beth & Jeff McCord,” time is spent with the claim that God can use or redeem and use anything. Is that itself a biblical claim and what biblical principles should guide us here?

It doesn’t seem wise to make a blanket statement such as “God can use anything.” We should look at the particular issue in question. Often this phrase or a similar one, “God can redeem anything” is given to defend questionable practices.

First, God does not go against his character. For example, God cannot lie. God’s nature is truth, goodness, and just so he cannot lie, do evil, or abide sin. This is all taught clearly in Scripture.

Would one who argues that God can use/redeem anything mean that we can use the following?

If the answer is no, then we see that there are limitations on the idea of using anything.

Second Principle: God’s Use Does Not Mean Approval

In the Bible, God uses bad people and bad situations but he does so without endorsing their character or bad actions. For example, God used Balaam, a diviner and false prophet, to bless Israel (see account starting in Numbers 22). Balaam was trying to curse Israel.

In no way does God’s use of Balaam indicate that God was okay with Balaam’s profession or actions. In fact, the New Testament gives us 3 condemnations of Balaam:

They have gone astray by abandoning the straight path and have followed the path of Balaam, the son of Boeor, who loved the wages of unrighteousness (2 Peter 2:15)

Woe to them! For they have traveled in the way of Cain, have abandoned themselves to the error of Balaam for profit, and have perished in Korah’s rebellion. (Jude 1:11)

But I have a few things against you. You have some there who hold to the teaching of Balaam, who taught Balak to place a stumbling block in front of the Israelites: to eat meat sacrificed to idols and to commit sexual immorality.(Revelation 2:14)

Someone might ask, “What about Magi?” Their inclusion in the historic narrative and God’s directing them to depart another way to keep Herod in the dark does not include an endorsement for astrology.

God used Joseph being sold into slavery to bring about his purposes for Egypt and his people (Genesis 50:20), but he did not endorse the actions of Joseph’s brothers nor the oppression by Egypt’s rulers.

God used Assyria and Babylon to capture Israel and Judah as a form of discipline for his people, but God did not endorse the beliefs or powers of those kingdoms.

God used a “thorn in the flesh/messenger from Satan” to humble Paul, but God does not endorse this messenger (whatever it was) and it was God’s choice to do this. Paul was not using anything from Satan.

There is a distinction between God’s use of a person or situation and God’s endorsement of evil.

Third Principle: There is also the distinction between what God does and what we can do.

In all of the examples in which God uses an evil ruler, Balaam, the Magi, etc. God is the one who decides whom and what to use. Even if “God can use anything” that does not mean we can use anything.

In Deuteronomy 18:10-14, God names and forbids several practices that were done in conjunction with worship of false gods.

It is evil and forbidden to contact the dead; therefore, using a Ouija Board or consulting a medium is wrong (God also specifically condemns consulting mediums). God brought back Samuel to reprimand and pronounce judgement on Saul, and God allowed 3 disciples to see Moses and Elijah with Jesus. But God did this by his power at his initiative.

None of these situations involve a person contacting the dead2See my post, “Bringing Up the Dead: The Case of Saul and the Medium” nor do these events indicate that God has “redeemed” the practice of contacting the dead, an activity which God has forbidden. In fact, in 1 Chronicles 10:13-14, God states clearly that one reason Saul was killed was because he consulted a medium:

“So Saul died for his trespass which he committed against the LORD, because of the word of the LORD which he did not keep; and also because he asked counsel of a medium, making inquiry of it, and did not inquire of the LORD. Therefore He killed him and turned the kingdom to David the son of Jesse.”(1 Chronicles 10:13-14)

Is it okay to use divination such as tarot cards or astrology as long as one is not worshiping a false god? No, God does not give that exception. Such practices are forbidden, period!

Will God Redeem Everything?

The Enneagram is not valid and may be harmful. As Jay Medenwaldt3On his “About Me” page – Education: PhD – Social Psychology -in progress
Th.M. – New Testament; Denver Seminary – in progress
M.Div. – Apologetics, Ethics, and Biblical Studies; Denver Seminary -2018
M.A. – Psychological Sciences; University of Colorado, Colorado
Springs – 2012
B.S. – Behavioral Sciences, U.S. Air Force Academy notes in the conclusion of his paper, “The Enneagram, Science, and Christianity – Part 1”:

Any scientist who studies personality would simply look at the reliability scores and conclude the test is not accurate enough to be helpful, and therefore, they wouldn’t use it because the potential for harm will be too high.

It has no worth even in the field of psychology. It is therefore useless and offers nothing but deception.

The Enneagram is a direct product of Gnostic, occult, and New Age beliefs going back to Gurdjieff and then through Oscar Ichazo and Claudio Naranjo, all of whom engaged in practices forbidden by God and therefore has no redemption from a biblical perspective.

From there, New Age therapists and counselors added their layers of New Age spirituality to it so that it became a very satisfyingly complex tool for those with a New Age worldview. The New Age does not care about objective standards and does not even accept the idea of objective truth. So, an invalid tool like Enneagram, is ideal in the New Age because it is flexible and malleable. Many Christian Enneagram teachers, like Beth McCord, had New Age teachers and were certified by New Age Enneagram organizations.

The Enneagram is not spiritually neutral.

Having myself been involved in the occult practice of astrology, contacting the dead, using divinatory tools (numerology, astrology, Tarot), having spirit guides,  I can say with 100% confidence that nothing that is a product of these practices or of New Age beliefs is beneficial for anyone and it is always spiritually harmful at the least.

Can One Make It Christian?

Some have argued that one can remove the New Age worldviews and insert Christians ones. But how does that work with a tool that is invalid and occultic in the first place?

The perfect analogy is astrology. One could redefine the zodiac signs and planets with certain positive biblical traits (like the fruit of the Spirit), but how would that make astrology valid?

To use a tool with no psychological validity designed in the occult for occult purposes and developed by New Agers cannot give truth, useful information about you or God, nor help anyone grow closer to God.

The final twist on the Enneagram, to make it more deceptive – at least to Christians – was to put it into the hands of someone who is Christian in name only and would be perceived as Christian: Richard Rohr.

Rohr departs from the faith once given to the saints in almost all of the essentials of the faith: man’s sin and need for redemption; God and creation; the nature of Jesus Christ; and the atonement. Rohr’s teachings on these are contrary to the historic Christian faith and present a false Jesus and a false gospel.

Rohr is why and how the Enneagram came into the church; first in the Progressive church, then the church at large. It has sped along due to books by Rohr’s students/disciples (he mentored Christ Heuertz author of The Sacred Enneagram and Suzanne Stabile, co-author of The Road Back to You)

If the Enneagram had stemmed from psychological studies, testing, and research and afterward been used in the New Age, one could argue that it could still be used by Christians by going back to an original model. But there is no such model for the Enneagram except the one from Gurdjieff which had no personality types (astrology also originally had nothing to do with personality).4Additional suggested reading: “What About the Enneagram? Southern Evangelical Seminary blog” and “The Genetic Fallacy, Exceptions, and the Enneagram”Ω

Before trusting Christ, Marcia Montenegro was a professional astrologer and was involved in Eastern and New Age practices for many years. Through her ministry, Christian Answers for the New Age, Marcia speaks around the country and on radio, and writes on New Age and occult topics. She has a Masters in Religion from Southern Evangelical Seminary, Charlotte, NC, and serves as a missionary with Fellowship International Mission, Allentown, PA. Based in Arlington, VA, she is the mother of an adult son and author of SpellBound: The Paranormal Seduction of Today’s Kids, (Cook, 2006).You can find her online at: CANA or on Facebook at Christian Answers for the New Age