Reading Scripture vs Reading Oneself into Scripture 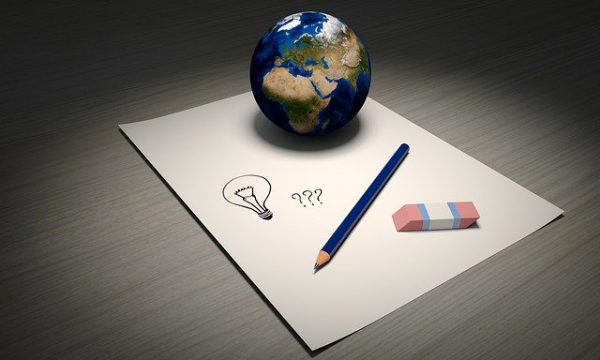 Image by Arek Socha from Pixabay

Groups like Jehovah’s Witnesses, the Black Hebrew Israelite Movement and others very often read themselves into Scripture to give credibility to their claims. In their hands the Bible isn’t really about God and His dealings with His creation and His people. The Bible is all about their group. For example, in Matthew 24:45 Jesus poses a question to His hearers:

Who then is the faithful and wise servant, whom his master has set over his household, to give them their food at the proper time?

The faithful servant will be found watching and serving faithfully when their Lord returns and greatly rewarded. Jesus goes on in the passage to describe how an evil servant will act in his Lord’s absence and upon His return, and how this evil servant will be consequently punished. Of course, Jesus is referring to His own return, and who He will find to be faithful – and unfaithful – at that event. There is no reason to believe that He will find only ONE faithful servant, or only ONE unfaithful servant. Yet without any hesitation, and with considerable hubris, the Watchtower Bible and Tract Society jumps up, points to the illustration of “faithful and wise servant” and says, “That’s us! Our organization is the faithful and wise servant,” – or as they prefer to call themselves, the “faithful and discreet slave” – which turns out to be neither faithful nor discreet.

And, if we were to read the Book of Revelation without the Watchtower Society’s explanations, we might conclude, especially from the horrific descriptions of events, the seven trumpets of Revelation 8-11 are signaling God’s judgements on the Earth – depicting the often prophesized “Day of the LORD” written of throughout the Bible. The “…hail and fire, mixed with blood…” of Revelation 8:7, or “…something like a great mountain, burning with fire, was thrown into the sea, and a third of the sea became blood…” of Revelation 8:8, certainly appear to be absolutely catastrophic events! But according to the WTS, we would be wrong. In the Watchtower’s hands, the seven trumpets all point to fairly tame events which happened in the Watchtower Society’s long past history. These trumpets, according to their book, Revelation: Its Grand Climax at Hand, really point to seven obscure organizational conventions of the past:

Rather disappointingly, however, no catastrophic or even terribly interesting incidents happened at these conventions nearly 100 years past, which is a let-down considering the dire predictions of the biblical text! It’s a similar mismatch to likening the playful sinking of a toy boat in a child’s bathtub – replete with raspberry sound effects – with the horrific WW2 naval battle of Midway!

The meaning of the text in its context is completely abandoned as they read themselves into Scripture. The Watchtower Society is infamous for this practice of shamelessly inserting their organization and their leadership throughout the Bible. Many such claims as the 7 trumpets of Revelation can be seen as rather amusing, but by so doing, they hide the truth of Scripture from their own followers and those they may meet on the doorstep.

Another group that may be new to many of you is the Black Hebrew Israelite Movement. It really isn’t new but had its origins in the late 19th Century. Some African-Americans, along with some Latin-American and Native-Americans, claim to be the “true Hebrews” and denigrate Semitic Jews as imposters. How do they get there? It’s simple really – they just read themselves into the text of Scripture. We did a webcast last week, “Comparing Black Hebrew Israelite claims with Christianity,” with Montise Peterson. He pointed out a pivotal passage which all of the “camps” – their version of denominations – claim to be about them is a small portion of Deuteronomy 28:68:

And the Lord will bring you back in ships to Egypt…

The true context of the passage is God describing how He would bring His people the Israelites “back” to Egypt – where they had been enslaved until He freed them, if they were to disobey His voice and commands (Deuteronomy 28:15). But in the hands (and minds) of the Black Hebrew Israelites, “Egypt” isn’t Egypt at all, but America. The “ships” are the ships used in the slave trade which brought African slaves to America (supposed metaphorical Egypt). But there is a bit of a problem here. If the Lord is bringing them “back” to Egypt/America, wouldn’t that mean they had already been in America but somehow got back to Africa, and in this passage were brought “back” to America again? When did all that happen? Its dizzying…

But there is another glaring problem with their story, since they claim their ancestors were brought here to be slaves! As we look at this passage as a whole, another issue of interest arises:

And the Lord will bring you back in ships to Egypt, a journey that I promised that you should never make again; and there you shall offer yourselves for sale to your enemies as male and female slaves, but there will be no buyer.( Deuteronomy 28:68)

In this passage they were not being forced to be slaves but would try to sell themselves as slaves – BUT no one would buy them. Somehow reading themselves into the text isn’t really helping their narrative. More questions arise. When did God strike them with “…madness and blindness and confusion of mind” (v:28)? When did they eat their children (v:53)?

In addition to selectively reading themselves into Scripture, they also read Caucasians into the text of Holy Writ. Caucasians, in their book, are “Edomites” and God will punish them – presumably for holding them as slaves – which could not have happened since God said no one would buy them!

For those who read Scripture in its historical-grammatical context, this will seem pretty confusing – and that’s because it is confusing and completely false. For false teachers, however, words have no contextual meaning but only the meanings they ascribe to them. Our friend, Montise Peterson, wrote a response to a Black Hebrew Israelite after our webcast. In it he addresses the issue of slavery and who the Edomites actually are biblically. He begins:

1) I fully understand and appreciate the fact that Europeans and The Portuguese began the Trans- Atlantic slave trade in the 15 century. A part of their crime and cruelty was misrepresenting God, the Bible and Christianity.

You cannot blame all Caucasians for the crimes of those that enslaved innocent Africans and used the Bible to justify their doing so. No more than we can blame all terrorist acts on the Quran or all Muslims. Would it be fair to blame all Hebrew Israelites for the mass shooting that happened last month in New Jersey at that hands of a Hebrew Israelite? Of course not.

2) The assertion that white people are the modern day Edomites cannot be proven at all. We know that Jacob and Esau were twins and in Hebrew culture, the lineage is traced through the father. We know that Abraham was a Hebrew, therefore his son Isaac was a Hebrew, and so were Isaac’s sons Jacob and Esau. The Edomites descend from Esau, so you’ll also have to explain why you believe the twins, Jacob and Esau, were two different races at birth yet have same mother and father. How does that work?

3) The Wives of Esau – According to the Bible, all of Esau’s wives were women of color, with African (Hamite) heritage. We just don’t see an entirely white lineage coming from people of African lineage. Esau’s wife Judith was a Hittite. (Genesis 26:34) Wife Bashemath was also a Hittite, (Genesis 28:9) as was Adah. (Genesis 36:2) Wife Aholibamah was a Hivite. (Genesis 36:2) If Esau exclusively chose Hamite women as wives, how did he come to be known as the father of a white nation? Also, since Esau was a Hebrew, born of Isaac and Rebecca, and if the Hebrews were black, as Black Hebrew Israelites teach, and Hamites were black, how did Hebrew Esau and his Hamite wives produce white children?

4) The Bible refers to Israel and Esau as brothers –

And Moses sent messengers from Kadesh unto the king of Edom, Thus saith thy brother Israel, Thou knowest all the travail that hath befallen us: (Numbers 20:14)

This presents yet another problem for Black Hebrew Israelites. The word “abhor” means to despise or hate. So, why are you violating the law by hating your brother?

We know that Israel and Edom are brothers by blood according to scripture, but the same cannot be said about the Europeans (Gentiles) and the Shemites. They are never presented as brothers after the migrations of Shem, Ham, and Japheth.

The bottom line is after centuries of migration and mixing of bloodlines, there is no actual nation of Edomites today. According to the scriptures I cited above, they are children of the twin brother of Israel and their descendants are more likely to be Semitic or dark skinned than white. So, who are the Edomites today? Look in the mirror – more than likely they look like you!

Understanding the text of Scripture is much easier if we let it mean what it says. Israel is Israel, not Africa. More importantly, salvation is by grace not race. The gospel is the great equalizer. All class and ethnic divisions are nullified for those who are in Christ. We’ve all been adopted by God Himself and are family! After all, it isn’t all about us and our superficial differences, but all about Christ:

Here there is not Greek and Jew, circumcised and uncircumcised, barbarian, Scythian, slave, free; but Christ is all, and in all. (Colossians 3:11)Ω