‘Look, here is the Christ!’ 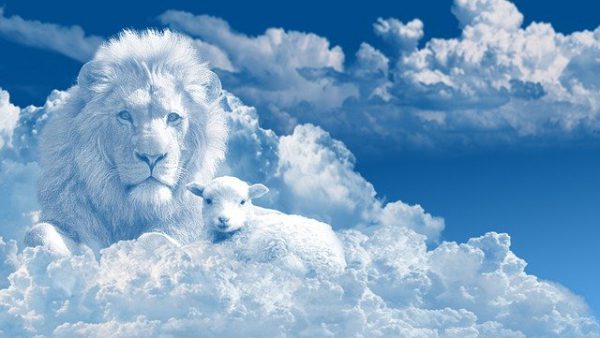 In Matthew 24:23 Jesus forewarns His followers to be aware of deception and deceivers to come, saying,

Then if anyone says to you, ‘Look, here is the Christ!’ or ‘There he is!’ do not believe it.

This warning is also recorded in Mark 13. Why is He warning them?

For false christs and false prophets will arise and perform great signs and wonders, so as to lead astray, if possible, even the elect. (Matthew 24:24)

False teachers, false prophets and false christs will resort to the time-tested tools of deception, distraction and bogus definitions of biblical words to fool their followers. They can be so slick in their presentations that even believers might be led astray by their tactics.

Christians have no need to check out so-called christs hiding in closets or in caves, or behind a bush somewhere. The true Christ won’t be concealed at all but will be quite visible when He returns. There won’t be any question at all Who he is.

For as the lightning comes from the east and shines as far as the west, so will be the coming of the Son of Man.(Matthew 24:27)

This is not the only information we have regarding His glorious return. In Acts 1:9 we have Luke’s record of His ascension to heaven. In Acts 1:10-11 we are told of the manner of His return, and that His coming will be both visible and physical – the same way as His leaving. He is not coming back in secret!

And while they were gazing into heaven as he went, behold, two men stood by them in white robes, and said, “Men of Galilee, why do you stand looking into heaven? This Jesus, who was taken up from you into heaven, will come in the same way as you saw him go into heaven.” (Acts 1:10-11)

Behold, he is coming with the clouds, and every eye will see him, even those who pierced him, and all tribes of the earth will wail on account of him. Even so. Amen.(Revelation 1:7)

All that to say that no one will have any need or business to look for Him anywhere else!

Over the centuries since Jesus gave us that warning, many have stepped up claiming to be the Christ, or knowing where the Christ is hiding out while waiting to reveal himself to the world, or simply redefining exactly what “the Christ” is.

The Watchtower Bible and Tract Society claims that the group of JWs who identify as the 144,000 are “the Christ.” They are the “promised seed.”

The promised Seed is the Christ; and when complete it will include all the glorified members of his Body. 1Watchtower, 3/15/1925, p. 83

According to the Watchtower, with just a bit of redefinition and sleight of hand, the 144,000 spoken of in Revelation happen to be the “little flock” of “anointed JWs” – the elite top tier – who make up the “Christ class” and who will forever rule over the “little people JWs” and serve as their mediator (along with Jesus who is now back to being a mere angel) unless the “peon JWs” do not treat the elites with the honor and deference they supposedly deserve, in which case the peons will suffer complete destruction at Armageddon which is just around the corner as it has been for well over 100 years. We are not making this up! But you can see how Governing Body, another unbiblical term by the way, twisted everything up to suit their purpose…

The late Reverend Sun Myung Moon claimed to be the Christ. Some may scratch their head on this one but all it took was for Moon to tinker a bit with the purpose Jesus originally came into the world and a recasting of the text of Matthew 24:27. According to Moon, Jesus came to get married and produce sinless offspring who in turn produce a bunch more sinless offspring, and so on. The problem is that Jesus accidently got Himself killed before marrying and so failed in His mission. Not to worry though, because Moon came as the second advent to pick up where Jesus failed. How do we know that? Well you see, Moon was born in Korea and immigrated to the United States. So, in Moon’s application of Matthew 24:27, Moon, like the lightening, traveled from the East to the West as the “the coming of the Son of Man” was predicted. Why anyone can see that!

Lord Maitreya is yet another august personage who is commonly touted as the Christ. He is in hiding – and has been for a very long time – but don’t worry because he will soon be revealed. This whopper was invented by the founder of Theosophical Society and author of The Secret Doctrine, Russian Occultist Helena Petrovna Blavatsky. She initially tied this magnificent revelation to Hinduism and Buddhism. However, luckily for us all, since she is all-inclusive and quite tolerant in her vast spiritual pretensions, she magnanimously identified Maitreya as the Christ during His incarnation. Eventually, her views evolved into something called the Christ Principle. One of her followers and one of the latter presidents of the Theosophical Society, Annie Besant, worked with others on the project of grooming a 14-year-old boy, Jiddu Krishnamurti, to be revealed as the future “World Teacher.” Although Krishnamurti passed away, occultist Benjamin Crème claimed that he was in communication with him telepathically, and informs us that Maitreya lives in the Himalayas in a body he created for himself and will return before 2025. (If he waits until 2525, if mankind does survive, we won’t need no eyes – so he better make sure he’s on time. Now that we think about it though, it occurs to us that the “no eyes” idea may just be a barely remembered verse from a dumb old song and probably has zero to do with Lord Maitreya or Benjamin Crème’s imaginative prognostications, so nevermind…) However, the point we were trying to make before we got side-tracked is that we should not look for him either, even if he happens to emerge out of the “wilderness” from the “East to the West”?

The latest to serve up the “Here’s the Christ” cult cocktail, i.e. scripture with a twist, is none other than Franciscan priest, Richard Rohr. He is growing in popularity with InterVarsity Press, Zondervan, Willow Creek Community Church, emergent churches and more and more Evangelical churches. Richard Rohr’s idea is that we have misunderstood Scripture and His message since the first century. Jesus wasn’t the Christ. The creation – all of the cosmos – is the Christ, and Jesus joined that when He was resurrected. Jesus became the Christ. In “Who Do Men Say That I AM?” An Evaluation of Richard Rohr’s The Universal Christ, Marcia Montengro from Christian Answer to the New Age writes:

The Jesus in Mark, Matthew, and Luke is different from “Christ’ in the Gospel of John due to the “I AM” statements given in John (26). When Christ said, “I am the Way,” asserts Rohr, he was speaking of the Way by which all humans and all religions must “allow matter and spirit to operate as one.” These supposed differences are based on the faulty meaning Rohr reads into the words.

When Mary sees the resurrected Jesus, alleges Rohr, she realizes he is still Jesus, but he has “fully become the Christ” (191).

Rohr repeatedly makes Christ a word for a being who has encompassed creation whereas Jesus was the human figure who embodied this greater Christ. That Jesus is less than “the universal Christ” is clearly Rohr’s view.

Understanding what the word Christ means, in its historical-grammatical context, can guard the hearts and minds of believers and keep them from being deceived in this very important area. The English word “Christ” is a transliteration of the Greek work christos which means “anointed one” or “chosen one.” Christos is the Greek translation of the Hebrew word, Mashiach, which means, as you might guess, “the anointed one.” It is transliterated into English as “Messiah.” The blog site, Our Rabbi Jesus, points out in “What does “Christ” actually mean?”

To be anointed, literally, is to have sacred oil poured on one’s head, because God has chosen the person for a special task. Priests and kings were anointed, and occasionally prophets. Kings were anointed during their coronation rather than receiving a crown.

Even though prophets and priests were anointed, the phrase “anointed one” or “the Lord’s anointed” was most often used to refer to a king.

We have the genealogies in the gospels to show Jesus is the “anointed One”, the “Mashiach” in Hebrew, “Christos” in Greek, and is the King to sit on David’s throne and rule the Earth. He is both David’s descendant and David’s Lord. Don’t fall for a cheap substitute.Ω