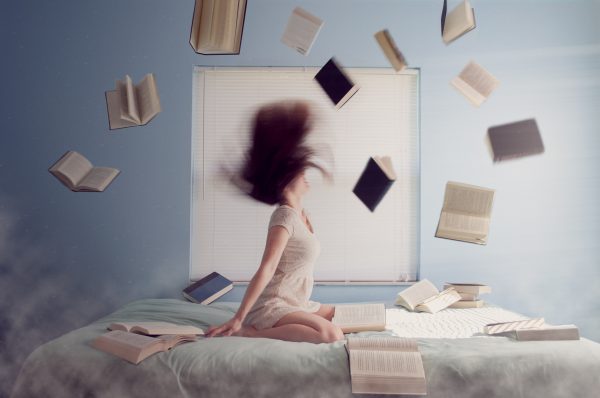 Photo by Lacie Slezak from Unsplash

When Jesus answers Pilate’s question, “So you are a king?,” with:

Pilate’s reply is a bit snarky. Who, after all, was this Jesus to talk to him of “truth,” as if He had some kind of special monopoly on it? For Pilate, “truth” had no clear, meaningful definition. Everyone had their own personal truth – therefore no one had any truth that could make claims upon anyone else.

For centuries the Christian faith has indelibly shaped the English vocabulary — it is no exaggeration to say the King James Bible specifically is unparalleled in its cultural influence.

The ways of thinking and turns of phrase that Christendom once made normative in America will become newly strange as Christianity declines.

This shows up every day in various venues and circumstance. There are loud cries for “tolerance” in our day. Of course, our initial reaction is to agree completely that we should practice tolerance, but we need perhaps to hesitate and ask, “What is tolerance?” Until fairly recently the word “tolerance” has been defined:

The ability or willingness to tolerate the existence of opinions or behaviour that one dislikes or disagrees with.

It means, that should we disagree, I may think you are wrong but I act kindly and certainly civilly toward you in spite of how wrong I believe you to be in a particular area (and maybe more than one area). Today the word means something else entirely. Tolerance has been redefined to mean that we must not only affirm the rightness of something we deem to be dead wrong, and in fact we are expected – and recently sometimes required – to celebrate the rightness of what we believe to be wrong. But this new “tolerance” is obviously a one-way street, because my opposing view is NOT AT ALL celebrated or tolerated by the one demanding tolerance of me. So, what is meant by tolerance is really absolute submission to those who propose or demand things we find abhorrent. Who then is the truly intolerant one after all?

Here is how they get around that little problem. They will often just say that they are – and think they have the duty to be – “intolerant of intolerant people!” And anyone who disagrees with them is obviously intolerant and must therefore not be tolerated.

Freedom of Speech was once a dearly held belief of both the Left and Right in this country. Liberals and Conservatives alike argued with each other and yet defended the other’s rights to voice their opinions even if their opinions were hurtful or even downright wackadoodle. In 1977, a Neo-Nazi group, the Nationalist Socialist Party of America, marched in Skokie, IL. Skokie had and continues to have a fairly large Jewish population. In 1977, a mere 42 years after the end of the Second World War “one out of six people in Skokie were Holocaust survivors.” The vast majority of Americans were appalled by the very idea of forcing Nazism right in their face, or anyone’s face for that matter. We were – that’s for sure! The Nazis planned march went through a series of court battles and in the end, freedom of speech was upheld. When the Nazis came to Skokie, quotes then President Jimmy Carter:

President Carter also issued a statement: “I must respect the decision of the Supreme Court allowing this group (the Nazis) to express their views, even when those views are despicable and ugly as they are in this case. But if such views must be expressed, I am pleased they will not go unanswered. That is why I want to voice my complete solidarity with those citizens of Skokie and Chicago who will gather Sunday in a peaceful demonstration of their abhorrence of Nazism.”

Definitions are being changed, and the very freedom of speech that all Americans once held dear has turned into another one-way street. Today we find many college campuses moving to eliminate “non-approved” speech. What is non-approved speech, you ask? Any speech that does not align with the only true speech, the speech that agrees with the “truths” espoused by the left leaning Professors and the campus establishment – is non-approved and must not be tolerated on campus.

This suppression of speech is now becoming a popular idea with individual left-leaning states as well. New York Assemblyman Unveils Bill To Suppress Non-Government-Approved Free Speech, while on the other coast, the question is raised, Why does California hate free speech?

It appears that it can no longer be said of Americans that “We hold these truths to be self-evident.” We don’t even hold that the meaning of the very word “truth” is self-evident.

But as Christians, we know what truth is and WHO He is. In these crazy times, let us hold firmly to that truth.Ω