Demons “Ex Machina:” What Are Demons? 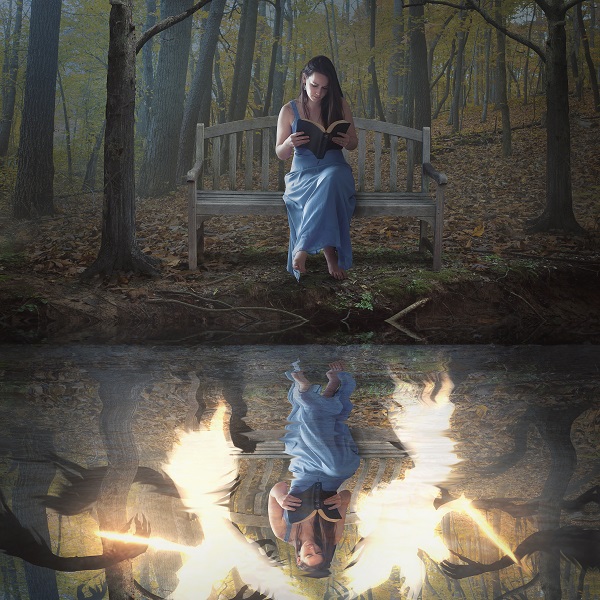 The concept of “ex machina” refers to something that “appears as if out of nowhere, in a mechanical manner.”2Technically, the term came from ancient Greek plays wherein a protagonist would find themselves in an unsolvable situation and a Greek god would suddenly appear and save the day: hence, the term “deus ex machina.” Such is how demons appear in the text of the Bible since it is not an everything-you-always-wanted-to-know-about-demons text; hence, they are only touched upon.

…the giants [Genesis 6’s Nephilim)), who are produced from the spirits and flesh, shall be called evil spirits upon the earth, and on the earth shall be their dwelling. Evil spirits have proceeded from their bodies; because they are born from men, [and] from the holy Watchers is their beginning and primal origin; [they shall be evil spirits on earth, and] evil spirits shall they be called.4R.H. Charles, trans., The Book of Enoch (1917): second and third brackets in original

This is an interesting speculation, and it is no more than that. That which follows is my own speculation, which actually walks a fine line between the two options: I seek to elucidate how it is that demons are fallen Angels; and yet, how they also exhibit different characteristics.

The Bible relates a onetime fall of Angels: only one group of Angels fell once. One challenge in seeking to identify demons as fallen Angels is that as per Jude and Peter, fallen Angels are incarcerated, “Angels who did not keep their own domain, but abandoned their proper abode, He has kept in eternal bonds under darkness for the judgment of the great day” (Jude v.6, NASB); and “God did not spare Angels when they sinned, but cast them into hell [Tartarus] and committed them to pits of darkness, reserved for judgment (2 Peter 2:4, NASB). Both are very clear that it was “Angels who did not keep their own domain … Angels when they sinned,” and it is not only some of those who did so, but all.

What their sin was and when they sinned are not within our context to consider. (For those issues, you can see my book on Angelology.) Also, a key fact, that is biblical but, as I pointed out in the previous article, goes against common knowledge, or what is commonly believed, is that ontologically─in their nature and essence─Angels look like human males [no wings, no halos. Cherubim and Seraphim are different categories of beings and are not Angels by definition; and if you are wondering about why Satan is not incarcerated, you just found an answer: he is not an Angel, he is a Cherub (Ezekiel 28:14)]. Angels are not spirits, but they are as physical as Jesus is post-Resurrection. They are able to be touched, to eat, and to seemingly just appear and disappear in locked rooms and guarded spaces.5I dealt with the claim that Angels are spirits in my previous article. As I mentioned last time, it may more likely be a change in the ability of the onlooker to see than a change in the physicality of the Angel.

My theory, really a mechanism, will require a circumlocution. The claim that demons are fallen Angels is commonly held (common knowledge, hereafter), and yet, that seems to be mostly based on the rhetorical question, “Well, what else could they be?”

Revelation 9:1-3 will be considered within the context of seeking to identify and define demons:

The deeply symbolic description of this event begins by describing those that exit the bottomless pit as “locusts.” Note that the “bottomless pit” is the Abyss in which the fallen Angels were incarcerated (where demons dread to be sent—2 Peter 2:4 refers to this locale as Tartarus).

The symbolism relates that “the scorpions of the earth have power…in their tails is their power to hurt,” (Rev. 9:10) they are “like horses prepared for battle,” having “crowns like gold” with “faces…like the faces of men” (9:7) and “hair like the hair of women” plus “teeth…like the teeth of lions” (9:8) wearing “breastplates like breastplates of iron” and “the sound of their wings was like the sound of chariots(9:9).” The Bible interprets itself, and so we can track these descriptions to other biblical texts that denote what is meant by these symbols. (I chase all of them down in my book.)

But what are the symbols describing? The main point is that out of the “bottomless pit” there arise many destructive beings aligning with the power of the enemy, Satan. In one way or another; these beings are on Satan’s side.

We are told that upon being released, they wreak havoc on Earth “to torment for five months (Rev. 9:5) to hurt men for five months… (9:10)” and nothing more is said of them other than their king is “Abaddon”/”Apollyon” (9:10)—but is there nothing more? I contend that these are the very same fallen Angels who are then referenced in Revelation 12 as engaging in a “war in heaven” (12:7) (which, as per that chapter’s chronology, has not yet occurred).

There are virtually no references to demons by any other name within Revelation besides somewhat generic ones:

9:20 “… worship demons [daimonion], and the idols …” and so this is not necessarily a reference to beings, but rather, it is a reference to those who would worship them in correlation to idolatrous images.

16:14 specifies that the frog-like “unclean spirits” “… are the spirits of demons [pneuma of daimon]…”.

18:2 states that “… Babylon the great! She has become a dwelling place of demons [daimon] and a prison of every unclean spirit [akathartos pneuma]…”.

In fact, not only are there virtually no references to demons within Revelation, but also there are no references at all to demons, by any other name before Genesis 6.

Demons recognize Jesus’ person and authority and are terrified of being tormented and/or “destroyed” (a term symbolic of condemnation) “before the time” (cf. Matthew 8:29, and the time of their judgment to which Jude and Peter refer). The fallen Angels in the bottomless-Abyss-pit are awaiting judgment which, in their case, will lead to torment, since they are condemned.

The conclusion of this mechanism is that it may be possible to correlate humans and fallen Angels as follows. There is a theory known as soul sleep, which claims that at death our souls do just that: sleep─as in hibernate─until the Resurrection. This seems to be the exact opposite of what the Bible teaches which is at death our souls go to heaven, while our bodies sleep until the Resurrection.

Human souls are separated (death simply means separation) from their deceased physical human bodies, and they will return to them when their body is raised, as it were: glorified, resurrected, etc.

Perhaps, when the fallen Angels were incarcerated in the Abyss, it was a simile of human death so that their spirits were left to wander the Earth until such a time as they are due to be released from the Abyss at which time they will re-inhabit their bodies.

This may explain their fear of being condemned “before the time,” since they would re-inhabit their original bodies and would do nothing but be incarcerated for centuries or millennia. This may also explain the lack of demons in Revelation—which, one would imagine, would be the most fertile time for demons—and why they are not referenced pre-flood (even though Satan, as the “serpent”, is and Cherubim are).

Demons have inspired idolatry, in part, due to their general modus operandi, which is to turn everything and anything which God does inside out, upside down, and backward. “God is spirit” (John 4:24), and so no image could be made of a spirit.

Demons are spirit as well (in the sense of not having flesh and bones while disembodied; Luke 24:39); but if this theory is accurate, then they once inhabited bodies and sought to represent this through idols.

Idols denote that an image of a spirit can be made or, that the idol reflects an unseen being or, a being’s presumed form or, that the form represents a being’s characteristics. Especially relevant is the speculative concept that the spirit of the being can inhabit the idolatrous image which, in this context, mirrors the demon’s desire to inhabit a form.

What do I mean then? That a thing sacrificed to idols is anything, or that an idol is anything? No, but I say that the things which the Gentiles sacrifice, they sacrifice to demons and not to God; and I do not want you to become sharers in demons. You cannot drink the cup of the Lord and the cup of demons; you cannot partake of the table of the Lord and the table of demons (1 Corinthians 10:19-21, NASB).

Beyond that which proceeded, additional support from this may come from the fact that, as Angels, they would know exactly who Jesus is; thus, they recognize His person and authority.

They also do not want to be tormented, and they want to be left to do that which they do. And what is that? Having been previously embodied, they seek embodiment and, thus, seek to possess human bodies.

Thus, demons may be the disembodied fallen Angels who will play a role in the eschaton─when the pit is opened, the demon/spirits re-inhabit their bodies, fight and lose a heavenly war, and end up judged and condemned.

I can only reiterate that this is all very speculative regardless of which direction one takes it. However, it does put together various biblical puzzle pieces, which I will now bullet point: