The Loss of God’s Holiness 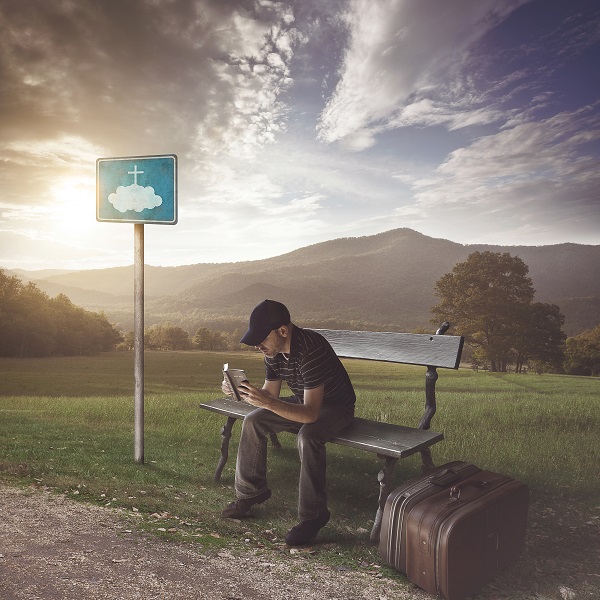 A man waits for the tour bus to heaven.

Over the years we have watched various dubious fads ripple throughout the church. They’re not all the same, but one trait these fads seem to have in common is the loss of God’s holiness. Of course, God has lost none of His holiness, even after all these centuries, but the new fads seem almost universally to downgrade the Christian’s view of God’s awesome holiness. The awe is missing.

One example is the new “travel industry” which has been birthed and marketed to Christians that might best be called Heavenly Tourism. Faith Healers like John G. Lake, disciple of false teacher John Alexander Dowie, claimed to have gone to heaven. In his 1983 book, I Saw Heaven, Roberts Lairdon claims he made a round trip to heaven where, according to him, he and Jesus played in the water, and he saw storage buildings full of body parts which those on earth can claim but don’t. Oh yeah, that seems plausible. There is a whole spate of books with titles like:

Heaven is for Real: A Little Boy’s Astounding Story of His Trip to Heaven and Back (by Todd Burpo and Lynn Vincent)

My Trip to Heaven: Face to Face with Jesus (by David Taylor)

My Journey to Heaven: What I Saw and How It Changed My Life (by Marvin J. Besteman and Lorilee Craker)

My Secrets from Heaven: A Child’s Trip To Heaven and Back (by Susanne Seymoure)

The Boy Who Came Back from Heaven: A Remarkable Account of Miracles, Angels, and Life beyond This World (by Kevin Malarkey and Alex Malarkey)

There are many others, but you get the idea. Malarkey’s book was later admitted to being just that – malarkey! The January 16, 2015 Washington Times headline read, Alex Malarkey, ‘Boy Who Came Back from Heaven,’ says he lied — ‘I did not go to heaven.’

Over the years we have had calls and emails asking what we think about these claims. Obviously they are unverifiable. They didn’t take vacation photos or being back souvenirs. But unverifiable doesn’t necessarily mean untrue. We do see a common thread, however, which would immediately invalidate these stories and that is a significant deficit in their understanding of the utter holiness and majesty of God. We see quite a different story from those who actually knew Jesus and wrote Scripture. For example, the Apostle Paul wrote:

The Apostle John, the one who laid his head on Jesus breast at the last supper, had a vision he records we call the Book of Revelation. He writes:

Then I turned to see the voice that was speaking with me. And having turned I saw seven golden lampstands; and in the middle of the lampstands I saw one like a son of man, clothed in a robe reaching to the feet, and girded across His chest with a golden sash. His head and His hair were white like white wool, like snow; and His eyes were like a flame of fire. His feet were like burnished bronze, when it has been made to glow in a furnace, and His voice was like the sound of many waters. In His right hand He held seven stars, and out of His mouth came a sharp two-edged sword; and His face was like the sun shining in its strength. When I saw Him, I fell at His feet like a dead man. (Revelation 1:12-17 NASB)

The sight of Jesus in His glorified state, in His unfiltered holiness, overwhelmed this man who had walked with, eaten with, and was in close personal contact with the Lord. Why are the stories of these two apostles so different from the stories sold to us by the heavenly tourism industry? We would suggest it is because the heavenly tourist has made himself the main character in the story, rather than the Lord Jesus Christ. In most (I haven’t read all the accounts) of the stories, the main character is the one who went to heaven. They toured the facilities, checked out storage buildings of body parts, saw Jesus, who it seems, needs to ride an elevator and is truly not all that awe inspiring. Not overly holy. No falling at His “feet like a dead man.”

The loss of God’s holiness in the lives of His people happens in stages. Stories like these encourage people to believe that God is merely our buddy and basically our equal. God is no longer the central character – we are. He becomes the tour guide, the entertainer, the provider of fun things to do on our trip. How very different than the description the aged Apostle John gives:

Immediately I was in the Spirit; and behold, a throne was standing in heaven, and One sitting on the throne.  And He who was sitting was like a jasper stone and a sardius in appearance; and there was a rainbow around the throne, like an emerald in appearance. Around the throne were twenty-four thrones; and upon the thrones I saw twenty-four elders sitting, clothed in white garments, and golden crowns on their heads.

Out from the throne come flashes of lightning and sounds and peals of thunder. And there were seven lamps of fire burning before the throne, which are the seven Spirits of God;  and before the throne there was something like a sea of glass, like crystal; and in the [c]center and around the throne, four living creatures full of eyes in front and behind. The first creature was like a lion, and the second creature like a calf, and the third creature had a face like that of a man, and the fourth creature was like a flying eagle. And the four living creatures, each one of them having six wings, are full of eyes around and within; and day and night they do not cease to say,

“Worthy are You, our Lord and our God, to receive glory and honor and power; for You created all things, and because of Your will they existed, and were created.”(Revelation 4:2-11)

Perhaps the heavenly tourists went somewhere and saw something – but it surely wasn’t heaven. And if they met someone, it surely was not the Lord God Almighty.Ω