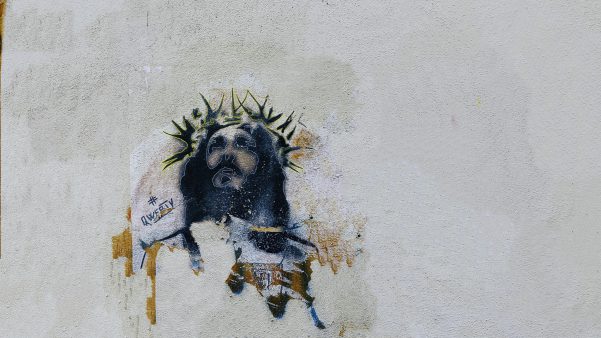 Photo by Jon Tyson on Unsplash

Jehovah’s Witnesses, Christian Scientists, Mormons, some New Agers and other non-Christian groups would cheerfully say, “Jesus is Lord” if they are put on the spot to do so. This becomes puzzling to some in light of Paul’s words to the church in Corinth. He wrote:

Therefore, I want you to understand that no one speaking in the Spirit of God ever says “Jesus is accursed!” and no one can say “Jesus is Lord” except in the Holy Spirit.(1 Corinthians 12:3)

So the question becomes, “If no one can say “Jesus is Lord” except by the Holy Spirit, and JWs, Christian Scientists, Mormons and others can freely say it, doesn’t that mean they are Christian in some way we don’t understand and are speaking “in the Holy Spirit?”

This also impacts the confession which brings salvation in Roman 10:9-13:

…because, if you confess with your mouth that Jesus is Lord and believe in your heart that God raised him from the dead, you will be saved. For with the heart one believes and is justified, and with the mouth one confesses and is saved. For the Scripture says, “Everyone who believes in him will not be put to shame.” For there is no distinction between Jew and Greek; for the same Lord is Lord of all, bestowing his riches on all who call on him. For “everyone who calls on the name of the Lord will be saved.” (Romans 10:9-13)

The answer to this seeming quandary lies in reading the passages in their historical-grammatical context. What does “Jesus is Lord” actually mean? The Jews and the Christians were two monotheistic groups living in the polytheistic culture of the first century. In the First Century Roman Empire, Caesar was worshipped as God. Bart Ehrman, who is not a Christian by the way, points out in The God Julius Caesar:

Best known are the divine honors paid to rulers of the Roman Empire, starting with Julius Caesar. We have an inscription dedicated to him in 49 BCE (five years before he was assassinated) discovered in the city of Ephesus, which says this about him:

Descendant of Ares and Aphrodite

The God who has become manifest (θεὸν ἐπιφανῆ)

Prior to Julius Caesar, rulers in the city of Rome itself were not granted divine honors. But Caesar himself was – before he died, the senate approved the building of a temple for him, a cult statue, and a priest.

Emperor worship was alive and well in those days. In the first century Roman Empire, the population was free to worship as many deities as they chose – provided they acknowledged Caesar as the supreme deity of earth. The confession was, “Κύριον Καίσαρι,” Caesar is Lord, but what the Apostle Paul did was apply that most important confession to Jesus with “Κύριον Ἰησοῦν,” Jesus is Lord.

The Apostle John in his first epistle takes pains to assure the reader that they can know they have eternal life:

I write these things to you who believe in the name of the Son of God, that you may know that you have eternal life. (1 John 5:13)

In his closing statements John conveys to the reader the same thing that Paul has been saying about Jesus being the Son is the true God:

And we know that the Son of God has come and has given us understanding, so that we may know him who is true; and we are in him who is true, in his Son Jesus Christ. He is the true God and eternal life.(1 John 5:20)

The apostle then caps off this marvelous teaching by warning believers against the worship of false gods – which would include Caesar – in the very next verse:

John was essentially saying: Believe in the name of the Son Who is the true God and you will have salvation and eternal life and stay away from idols – false gods – who do not bring salvation but keep one under condemnation.

Several of us went to a New Age fair this past weekend, and most of those we spoke with offered a variation on a common theme. In many cases they believed Jesus was god (small “g”) as part of a succession of gods or reincarnations of god. We pointed out that their assertions about Jesus and their understanding of Him is quite faulty and we engaged in some interesting dialogues, including addressing their false claim that reincarnation was taught in the Bible until some evil monks took it out in the 6th century. We pointed out that if that were true, all of the manuscripts written prior to the 6th century across several continents would have had to have been rounded up and treated to healthy applications of Wite-Out to expunge the supposed reincarnation teaching from the texts. However, Wite-Out didn’t exist at that time, and there is no evidence which supports the undertaking of such an effort. By the way, almost all cults groups assert that nefarious evil monks expunged all references to their own peculiar teachings early on – it’s a wonder there is anything left of any of the manuscripts if all of these groups are to be believed!

Others used that old saw, “Jesus never claimed to be God.” We had a Christian Scientist make that claim. I asked him if He believed God gave the Ten Commandments and the rest of the Mosaic Law? He affirmed that was the case. I then asked if anyone other than God had the authority to supersede or expand on His word. Our friendly Christian Scientist was certain no one other than God had such a right or authority. We than talked about Matthew 5 where we find Jesus teaching and making a series of very important statements. Jesus says, for example:

You have heard that it was said to those of old, ‘You shall not murder (Matthew 5:21)

“You have heard that it was said, ‘You shall not commit adultery.’ (Matthew 5:27)

It was also said, ‘Whoever divorces his wife, let him give her a certificate of divorce.’ (Matthew 5:31)

Again you have heard that it was said to those of old, ‘You shall not swear falsely, (Matthew 5:33)

I asked him where all the people had heard those directives? From what source did they originate? He correctly answered that these commands were in the Law given by God to Moses. Now, as we look at Matthew five, we see something interesting that is almost always overlooked when reading this passage. I don’t mean overlooked in the sense of not reading it but rather, overlooked in the sense of not understanding the significance of what comes next. After each statement Jesus says, “But I say to you.” I don’t know that I can say it any better than J. Gresham Machen in Christianity & Liberalism:

“But I say unto you.” Jesus plainly puts His own words on an equality with what He certainly regarded as the divine words of Scripture; He claimed the right to legislate for the Kingdom of God. Let it not be objected that this note of authority involves merely a prophetic consciousness in Jesus, a mere right to speak in God’s name as God’s Spirit might lead. For what prophet ever spoke in this way? The prophets said, “Thus saith the Lord,” but Jesus said, “I say.” We have no mere prophet here, no mere humble exponent of the will of God; but a stupendous Person speaking in a manner which for any other person would be abominable and absurd.1Machen, J. Gresham. Christianity & Liberalism (Kindle Locations 486-492)

Why abominable and absurd? With those three little words, “But I say…,” Jesus elevated His word to be equal with God’s word! Yes, a “stupendous Person speaking in a manner which for any other person would be abominable and absurd.” It would indeed be “abominable and absurd” for a prophet or mere created being to make such a declaration which can only rightfully be asserted by God alone.

But what is written back at Joel 2:32 in the original Hebrew is “everyone who calls on the name of YHWH will be saved.” The tetragrammaton YHWH, translated as LORD in the Old Testament of most Bible translations, is the very NAME of God – it always and only refers to God Almighty! The very thing we must confess to be saved is Jesus is YHWH – Jesus is God Almighty! That is also the very thing so many cults and false religions deny.Ω