In the Beginning – Heresy 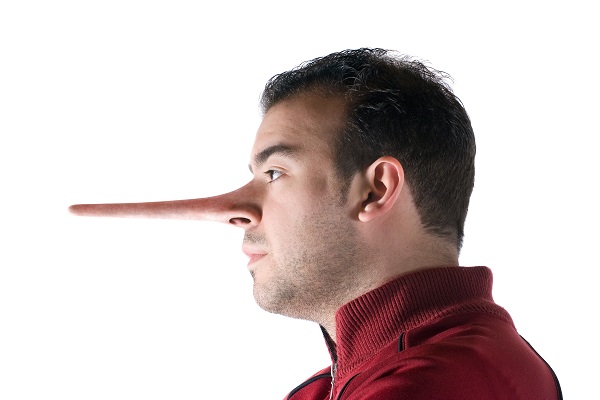 Many seem surprised at how easily and quickly blatant false teaching is spreading today throughout the Evangelical church. But in fact, what we are seeing is not something new – heresy and deception have been with us since the beginning. The first deception is that of Satan himself, and that involved self-deception. Isaiah 14 recites the arrogant claims of the King of Babylon. According to the Faithlife Study Bible, verse 13:

Self-deception was the downfall of Lucifer himself:

“How you are fallen from heaven, O Day Star, son of Dawn!”

Lucifer, who dwelt in the presence of God, deceived himself into believing he could elevate himself above God, take over and rule heaven! Satan’s little coup was not successful, but the self-deceived Lucifer went on to try to destroy mankind through deception. We read about this in Genesis 3. The process was simple – all Satan had to do was to introduce doubt about God’s word. Satan didn’t begin by out and out claiming God can’t be trusted, but rather he asked, “Did God actually say, ‘you must not eat fruit from any tree in the garden’?” (3:1). It seems like such a harmless question, but that little bit of satanic questioning of God’s word led Eve to add just a little bit to what God had actually told them, saying:

”You shall not eat of the fruit of the tree that is in the midst of the garden, neither shall you touch it, lest you die.” (3:3)

From there the Devil’s task was fairly simple. He just “explained” to Eve that NO, they would certainly not die. God only told them that because He knew that their eyes would be opened and they would be like God, knowing good and evil. At this point Satan out and out called God a liar and said that God had lied to them in order to withhold something wonderful from them – to deny them God’s knowledge, so they could not be like God. Satan probably knew it was a safe bet that Eve would jump at the chance to be “like God,” since that was the very thing he had coveted for himself and deceived himself into believing. The self-deceived, deceived another. It also seems from verse 6 that Adam was present during this exchange, said nothing and joined Eve in partaking of the fruit. That is how easy it is for false beliefs to spread and destroy. A self-deceiver deceives the unwary who in turn recruits the willing.

As we follow the biblical story down through history, we find God gave His people much instruction concerning the importance of knowing His word intimately. For example, in Deuteronomy 11:18-20 Israel was to immerse themselves in His word:

“You shall therefore lay up these words of mine in your heart and in your soul, and you shall bind them as a sign on your hand, and they shall be as frontlets between your eyes. You shall teach them to your children, talking of them when you are sitting in your house, and when you are walking by the way, and when you lie down, and when you rise. You shall write them on the doorposts of your house and on your gates, (Deuteronomy 11:18-20)

God also appointed priests and prophets to protect His people from being misled. He gave His people tests by which to examine those claiming to be prophets, to determine if they were true prophets or false. In Deuteronomy 13:1-3, if someone claimed prophet status but led the people to worship false gods, that identified them as a false prophet. The false prophet was to be put to death:

“…because he has taught rebellion against the Lord your God” (Deuteronomy 13:5)

In Deuteronomy 18:20-22, we have another prophet test. If a person called himself a prophet of the true God but spoke in the name of other gods or made predictions in God’s name which failed to happen, he was a false prophet and this pretender was, you guessed it, to be put to death.

Pay careful attention to yourselves and to all the flock, in which the Holy Spirit has made you overseers, to care for the church of God, which he obtained with his own blood. I know that after my departure fierce wolves will come in among you, not sparing the flock; and from among your own selves will arise men speaking twisted things, to draw away the disciples after them. Therefore, be alert, remembering that for three years I did not cease night or day to admonish every one with tears. (Acts 20:28-31)

Why is so much attention paid to the issue of false teaching and false teachers in Scripture? Because, it is so easy for people to forget and to be deceived by the “new thing” that comes along, especially if the new thing sounds appealing, as most false teachings do. A good knowledge of true Christian doctrine is what is most needed to combat false doctrine. It is something which needs to be pursued rigorously by individuals and church leaders. The writer of Hebrews speaks to this as he warns against apostasy:

About this we have much to say, and it is hard to explain, since you have become dull of hearing. For though by this time you ought to be teachers, you need someone to teach you again the basic principles of the oracles of God. You need milk, not solid food, for everyone who lives on milk is unskilled in the word of righteousness, since he is a child. But solid food is for the mature, for those who have their powers of discernment trained by constant practice to distinguish good from evil. (Hebrews 5:11-14)

Notice that the individual’s “powers of discernment” are to be “trained by constant practice.” It is a regular practice we are to engage in individually and corporately.

Should we be surprised then, that the heresies of Bethel Redding, Hillsong, Richard Rohr, and the promoters of the Enneagram, along with every other brand of false teaching, are spreading like wildfire through the church? No, because it has always been a struggle to hold faithfully to the faith once delivered to the saints. In addition to this being a problem historically, we would suggest the Apostle Paul alludes to the problem of false teachers and false teachings being even more daunting as the day of Christ’s appearing draws near. In 2 Timothy 3, in writing about the great difficulties of the last days. In 3:13 he wrote:

…evil people and impostors will go on from bad to worse, deceiving and being deceived. (2 Timothy 3:13)

Deceiving and being deceived. Sounds reminiscent of the early days of mankind. What is the solution? Church leadership, as well as individual mature Christians, need to remain highly vigilant concerning what false teachers are promoting to the church at large, and keep a sharp discerning eye on what is happening in our own local churches. The spiritual lives of many and eternal lives of even more hangs in the balance.Ω