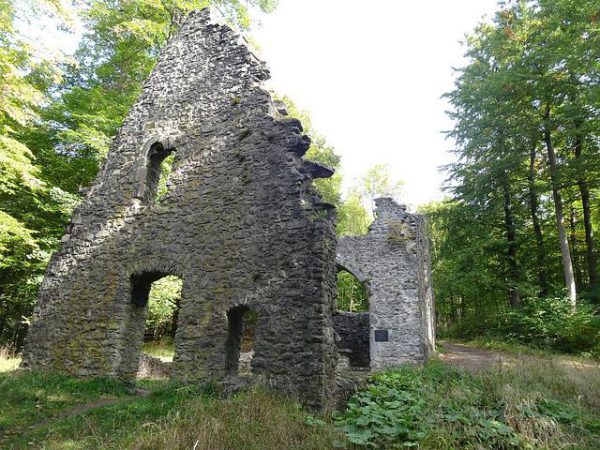 Image by WikimediaImages from Pixabay

Awana was founded in 1950. It is an outgrowth of the children’s program that originated in the North Side Gospel Center in Chicago. It has grown to be an international organization, and its programs are used in churches worldwide. They have a solid Statement of Beliefs and an unwavering commitment to the gospel. So, it was a surprise when it was recently announced that John Mark Comer would be a speaker at the AWANA Child Discipleship Conference in Nashville this September. Comer was the founding pastor of Bridgetown Church in Portland, Oregon, until he stepped down in 2021 to found Practicing the Way. Comer endorses and promotes Contemplative practices.1See my article, Contemplating Contemplative Prayer: Is It Really Prayer? He favorably quoted heretic Richard Rohr, recommends Rohr’s Enneagram book, The Enneagram: A Christian Perspective, promotes and teaches the Enneagram. His Practicing the Way website reveals Comer’s troubling teachings and recommendations.

Watching the Enneagram burrow into the church has been painful and led to unsound theology about God, self, and salvation. When Christians or those perceived as such use a spiritual tool from and developed in Gnostic, occult, and New Age sources that had no interaction with any credible or Christian influences, sound doctrine erodes and becomes corrupted.

I checked to see if John Mark Comer had appeared on Ian Cron’s Enneagram podcast, “Typology,” where a parade of Christians shows up regularly. Ian Cron is the co-author with Suzanne Stabile of the bestselling (over 750,000 copies) book, The Road Back to You (IVP 2016). Comer had Suzanne Stabile speak at his church for a conference on the Enneagram.

Not only did Comer appear on Typology once, but he also appeared a second time for Part Two.

What Comer and Cron Say

– Comer states at 8:35 that his spiritual director is a Jesuit priest

– Around 22:12, Comer states that Dallas Willard’s2See my article, An Ode to Silence: An Evaluation of the Be Still DVD regarding Dallas Willard writings have “done more to shape the way that I follow Jesus more than really anybody that I am aware of since the New Testament.”

– At 27:53, Cron asserts that he thinks Type 9s “have the potential to be most spiritually evolved number on the Enneagram.”

How Do We Respond to These Remarks?

The fact that Comer has a spiritual director at all shows how much he has embraced Contemplative Spirituality3See my article, Contemplating Contemplative Prayer: Is It Really Prayer? which goes hand-in-hand with the Enneagram. In addition, the fact that his spiritual director is a Jesuit priest is disturbing in light of the differences between Roman Catholic and evangelical theology. Please note that the Roman Catholic Church has not endorsed the Centering Prayer Movement that was started by Thomas Keating, Basil Pennington, and William Meninger. There are Roman Catholic articles like “The Danger of Centering Prayer” by Rev. John D. Dreher and “Fr. Thomas Keating on NPR: Heresy as Mysticism” by Brother Andre Marie, exposing this Contemplative/Centering Prayer as being dangerous non-Christian heresy).

Unsurprisingly, Cron recommends Chestnut since he did a seminar with her. This is being unequally yoked (2 Corinthians 6:14) because a Christian (perceived as one at least) is engaged in spiritual teaching with a New Ager.

Moreover, when John Mark Comer became interested in the Enneagram around 2011 or 2012, Enneagram information, aside from Rohr and a few Roman Catholics he influenced, would have come from New Age Enneagram teachers and authors. This proved to be the case with “Enneagram Coach” Beth McCord, who had six New Age teachers when she learned it several years ago.

I have other articles and warnings on Comer where I have documented that Comer agrees with Rohr’s redefinition of sin. This is just one of several examples of doctrine being corrupted.

Cron states that anything good can be misused, which is true. The question is: Is the Enneagram good? If it is not good, then that statement does not apply. In fact, the Enneagram is not good because:

I noticed a weakening of sound doctrine early on because the views of God and self in the Enneagram are closer to non-Christian beliefs, either Gnostic, Perennial Wisdom (from Richard Rohr), or New Age. The Enneagram has been busy in the church, eroding truth from God’s revelation on who He is, who man is, and how we know God.

Like many Enneagram teachers, Cron is into contemplative outlooks, believing in sacred spaces (in a mystical non-biblical way), and teaching Mindfulness. Comer has also been involved deeply with Contemplative practices and teachings. On his Practicing the Way website, Comer recommends books by Contemplative teacher Ruth Haley Barton, Contemplative enthusiast Peter Scazzero, Richard Foster, and Spiritual Director and pastor Adele Calhoun. Moreover, Barton, Scazzero, and Calhoun endorse the Enneagram, and Calhoun is co-author of the IVP book, Spiritual Rhythms for the Enneagram.

John Mark Comer talks about how he hates the Enneagram being used as a weapon. Still, a false tool will inevitably do this, usually on many levels, especially if it is used as a spiritual tool. Comer, in fact, is contributing to the problem by teaching and promoting the Enneagram so heavily on his Practicing the Way site and elsewhere.

The Enneagram is not only a weapon; it is predatory. It mirrors its master, Satan, who comes “comes only to steal and kill and destroy” (John 10:10).

It is unsurprising that a leading ministry has invited John Mark Comer. Many ministry leaders are unaware of the Enneagram and do not understand what it is if they have heard the word. After all, leading Christian publishers promote it, and celebrity Christians like Andy Stanley, Russell Moore, Dave Ramsey, and others endorse or promote it. Ed Gussein, Chief Ministry Officer of Awana, was alerted and seemed to indicate that Comer wasn’t teaching the Enneagram but having him teaching there at least gives the impression of validation of his Enneagram ministry. Ed Gussein, Chief Ministry Officer of Awana, posted a comment:

Awana is centered on the Gospel, rooted in Scripture, focused on child discipleship and we have been for 72 years. We work with over 69,000 church partners in 130 countries. We will never move even one inch off of our commitment to and dependency upon Scripture. Check out our doctrinal position here: Our Beliefs

Rick Fisher, the AMD/Commander at his church for Awana, has contacted his AWANA missionary and had a lengthy conversation. Rick is encouraged. It is doubtful they will cancel Comer this year, but this may influence how they vet future speakers. Rick wrote:

Concerning John Mark Comer, you did an excellent job raising the concern, and rightly so. The concern is not just with JMCs odd ‘gods’ sermon (“Yahweh, Elohim”) and lack of clear follow-up, along with some spiritism methods he promotes – this is about holding JMC up as a ‘leader’ to follow, as I think you well agree is not the best.

Right now, the story with Awana is: the conversation is ongoing. At this July-16-Saturday moment I don’t expect JMC to be pulled from the schedule (but we can pray about that.) We need to look to next year’s conference and see if the “Watchman on the wall” work we did this year influences how they vet speakers going forward. I can tell you from initial conversations this seems to be a case of not-enough-vetting of this speaker, but I will learn more next week.

I am not looking to bash Awana, but lovingly speak into this situation and pray & hope for positive outcomes.