How Do We Enslave Ourselves to the Law? 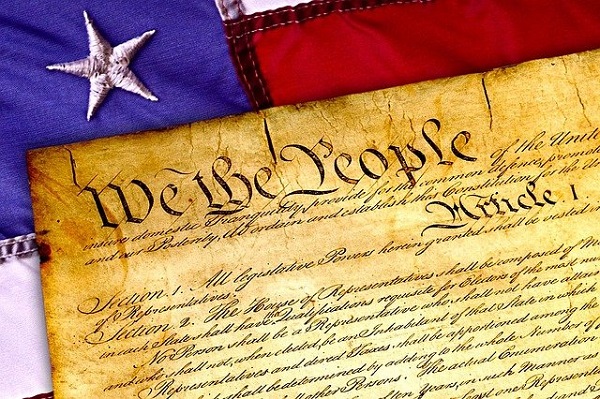 Image by Wynn Pointaux from Pixabay

Many people today may not realize that the very first civil rights act was passed in 1866 by Republicans in Congress. The Civil Rights Act of 1866 was the first federal law to define citizenship and affirm equal protection under the law for all citizens. However, this act was not strong enough to ensure the abolishment of slavery in the Southern States. In fact, after this law was passed the Klu Klux Klan ­– the militant arm of the Democratic Party – began to lynch not only blacks but Republicans.1Setting The Record Straight: America’s History In Black And White, Part 3 – The KKK As a result the much stronger 14th Amendment was ratified in 1868 and declared that former slaves were now full citizens.

Today, abuse of the 14th Amendment by progressives is causing America to become enslaved to socialism and the LGBTQ+ movement. America is turning into Nero’s Rome through the process of ‘selec­tive incorporation,’ where progressive justices use the 14th Amend­ment to nationalize and apply the Bill of Rights to the states. 2“Will The Great American Experiment Succeed?,” National Center for Constitutional Studies Progressives argue that the purpose of the 14th Amendment was to limit states not just on racial civil rights issues, but on all the rights contained in the Bill of Rights. Therefore, it is argued, states cannot deny same-sex marriages or create legislation that the federal government deems as detrimental to the equal economic outcomes of all people. However, there is nothing within the Constitution guaranteeing equal economic outcomes. In addition, from a biblical perspective, this is in direct violation of Leviticus 18:22-24, 20:13; and Exodus 23:3,6. Biblical justice is not equality of outcomes, but equality under the law.

This “incorporation doctrine” not only violates the Biblical principle of vertical separation of powers between federal and state governments as stipulated in Exodus 18,3See, “Vertical Separation of Powers – Key to Domestic Tranquility,” National Center for Constitutional Studies it also violates the First Amendment rights of the unborn. In fact, “the Roe Court didn’t just deny that the Constitution requires protection for the unborn. It claimed that the Constitution actually forbids protection for the unborn. . . The Court said that the amendment’s Due Process Clause includes an implicit ‘right of privacy that encompasses a right to abortion.” 4See, “How Roe v. Wade subverted the Fourteenth Amendment to impose abortion on demand,” Minnesota Citizens Concerned for Life or MCCL

How did we get from the original intent of the 14th Amendment – the equal protection under the law for former slaves ­– to this travesty of justice? Of course, we can say that progressive philosophy led to this disaster, but in fact, it was our need to pass the 14th Amendment in the first place that imprisoned us. When man refuses to follow God’s law, which looks at every man, woman, and child as equal in essence, just as the Father, Son, and Holy Spirit are equal in essence, then man has to enslave himself to the law in order to maintain some semblance of justice.

Humanity sees abortion as an advancement of women’s rights, but in actuality, it ultimately leads to the devaluation of both women and human life by eliminating the true philosophical foundation of where our equality comes from Scripture, specifically, the Trinity. While men, women, and children may not be positionally equal they are by nature equal.  Just as the Father occupies a greater position than the Son, and the Father and Son occupy a greater position than the Holy Spirit, they possess the same nature and are co-equal, co-eternal and co-powerful by nature. Humanity’s attempt at creating an egalitarian society ­– as now defined by progressives ­– will only lead to tyranny. Again, if our rights and laws are not determined by God they will be arbitrarily determined by man.

John Adams once said “our Constitution was made only for a moral and religious people. It is wholly inadequate to the government of any other.”5“From John Adams to Massachusetts Militia, 11 October 1798,” Founders Online This truth is seen when under man the purpose of government becomes restricting freedom by incorporating more and more legislation to regulate every aspect of man’s life. If the American south was comprised of moral and religious people, our nation would never have needed to fight the Civil War and certainly would not have needed to pass the 14th Amendment.

Under God, the Holy Spirit in our hearts is this regulating force and thus sets us free from the need to create more laws to control what we do. If the republican style of government as laid out in the Mosaic Covenant is God’s template for preventing such catastrophes, why did we as a nation move away from this truth and why do progressive Christians continue to reject it?

By pointing back to the Mosaic Covenant, the constitutional government for the Nation of Israel under Moses, are we running the risk of creating a theocracy in America? Absolutely not! We don’t need everyone to be Christian or Jewish to take full advantage of the wisdom of God’s law. Even Benjamin Franklin, a self-proclaimed deist, once said at the 1787 Constitutional Convention. . .

“We shall be divided by our little partial local interests; our projects will be confounded; and we ourselves shall become a reproach and by-word down to future ages…I therefore beg leave to move — that henceforth prayers imploring the assistance of Heaven, and its blessings on our deliberations, be held in this Assembly every morning before we proceed to business, and that one or more of the clergy of this city be requested to officiate in that service.”6“June 28, 1787: Franklin’s Proposal for Prayer,” National Park Service

Our founding fathers searched the scriptures to learn how to build a stable and just society and fashioned our republic under the concept of e pluribus unum – out of many (states or colonies), one (nation). The powers of our government were also designed after the different roles of the godhood (Isa 33:22). To protect our freedom our founders put four protections in place within the Constitution, the first two of which were inspired by the different roles of the Trinity:

The last two protections spoke to the sinful nature of man and how power corrupts. As Lord Acton put it:

Throughout the gospel accounts of Jesus’ life, we repeatedly learn about the hypocrisy of the Pharisees who were more consumed with the Mosaic Law itself than remembering that the only reason they had the law in the first place was because of God’s grace. However, progressive “Christians” today take these verses out of context to suggest that the Mosaic Law is no longer applicable to our lives. This is not what Jesus was teaching.

Progressive Christianity is funny in that on one hand they reject the Old Testament and its laws and yet at the same time are very legalistic toward evangelicals when it comes to issues of social justice. They twist God’s Word in order to suggest that men inherit and should be punished for the sins of their fathers or other predecessors despite scripture clearly saying otherwise. Does the prophet Ezekiel not say. . .

Did Jesus not heal the man born blind in John 9? The disciples as well as the Pharisees believed he was born blind because of something his parents had done, but Jesus corrects the disciples by saying he was born blind “so that the works of God might be displayed in him.” (Jn 9:2-3). Are these passages not proof that there can be no such thing as systemic racism when we are in Christ Jesus? Are we not new creations in Christ (2 Cor 5:17)? If Scripture is true, then why does the progressive church say otherwise?

Progressive Christianity is not leaning on the wisdom found in the Mosaic Covenant, but rather they are interpreting scripture through the “hollow and deceptive” philosophies (Col 2:8) of Immanuel Kant, Friedrich Nietzsche, Karl Marx, Antonio Gramsci, and Michel Foucault.8Allen, Scott David. Why Social Justice is Not Biblical Justice. Credo House Publishers, Grand Rapids, MI, 2020. Pg. 9 Kindle edition If the church in America continues to succumb to these false teachings we will lose sight of the foundation of our freedom – the Trinity and the Mosaic Covenant – and will become slaves to our own laws.Ω

Stephanie Potts and her husband Jim live in Dayton, Ohio, and have been married for 20 years. She worked with the federal government for 15 years as an intelligence analyst and then entered full time Christian service in 2015. She first joined Haven Ministries in Denver, Colorado in 2015 and then transferred to Midwest Christian Outreach, Inc in 2021. She received her Bachelor’s degree from Florida State University in Political Science and International Relations and received her master’s degree in Geographic Information Systems from Penn State University. She is currently working towards her Master’s degree in Christian Apologetics through Southern Evangelical Seminary. She specializes in evangelizing to people involved in the New Age, to Muslims, and to Native Americans. Stephanie’s personal website: rainbowapologetics.com