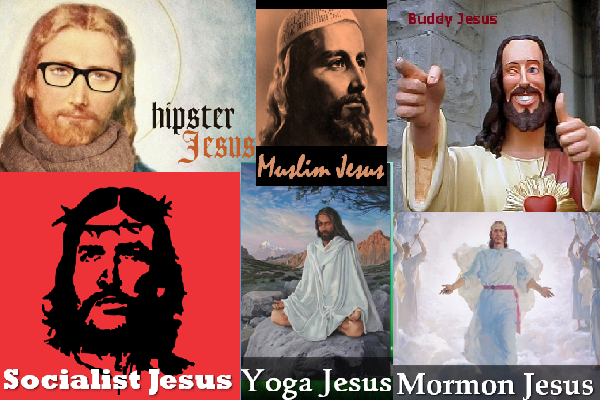 The Apostle John penned the opening lines of his Gospel in response to the false claims of an early heresy called Docetism:

An early Christian heresy associated with *Gnosticism, docetism [sic] denied the material nature of Christ and thus his true humanity. The term is derived from the Greek word dokeo, which means “to seem,” or “to appear,” and thus a docetic view would be that Christ only appeared to be human.1N.P. Feldmeth. “Gnosticism,” Pocket Dictionary of Church History: Over 300 Terms Clearly and Concisely Defined; Downers Grove, IL: InterVarsity Press, Academic, 2008, p. 53

In the first chapter of the Gospel of John the apostle addresses several essential doctrines of the faith including origins, the nature of God, the nature of man, and the nature of redemption. He does so in several ways. He lays out what God has already revealed down through history before the incarnation, and which had already been the biblical teaching on these issues.

He begins his dissertation on origins by pointing back to Genesis 1: “In the beginning.” Whenever the beginning was, the Word, the pre-incarnate Christ, already existed. To make certain the reader understands, he defines what that means: The Word existed with God, was “with” God face-to-face (with here is English for Greek word pros which means one as always turned toward one); and, in fact, the Word is Himself, God. The whole of creation was brought into existence by the Word. Therefore, creation was not the work of a different, inferior creator. John was here refuting the seeds of a heretical belief that would later become Gnosticism. The false teachers John is responding to did not like the Jesus of Scripture and history – and had designed one more to their own liking.

Long before the Apostle John penned these words, the Apostle Paul had written to the Corinthian church:

Of course, we are still dealing with groups teaching a false Jesus today, such as Jehovah’s Witnesses and Mormons, along with many other pseudo-Christian groups. Though they do talk about “Jesus,” their “Jesus” is a person of their own design rather than the Jesus of history and Scripture. Most cults of Christianity – those cults that claim to be Christian – and false teachers who use the name of Jesus as a sort of “seal of approval” of their claims, tend to err regarding the same truth, the humanity, and deity of our Lord. He was fully God and fully human. The Apostle Paul put it this way,

For in him the whole fullness of deity dwells bodily (Colossians 2:9)

Jehovah’s Witnesses, for example, claim to believe in Jesus but in their teaching, Jesus is a human replacement for another biblical character, Michael the archangel. In the beginning, according to JW doctrine, Jehovah created Michael – who in turn created everything else. Later, Jehovah eliminated Michael’s being and created a human replacement for Michael in the womb of Mary. That human replacement for Michael was Jesus. Although nothing of Michael’s true essence survived, Jehovah implanted Michael’s memories into the newly minted Jesus who lived about 33 years, was crucified, and died, according to the Watchtower, and is dead forever, with nothing of his essence to live ever again. However, to supposedly fix this “problem,” Jehovah created another Michael to replace Jesus and implanted the “memories” of Michael 1.0 and the now-defunct human Jesus, into Michael 2.0. Confused? The Watchtower is confused as well and often refers to their Michael 2.0 as Jesus. They must because long after Jesus was supposedly replaced by Michael 2.0, the Bible has the apostles and believers referring to Jesus, Jesus, Jesus, as if He still existed!

Why would they go to such ridiculous lengths to hide the true identity of Jesus? They are determined to not recognize Jesus as God, though John plainly says that He is because they reject the doctrine of the Trinity. They confuse people with how and why questions. How can God be a Trinity? Why would God exist as three persons? How could God die, as Jesus plainly did on the cross? Jesus obviously prayed to the Father – why would God pray to Himself? And so on. No, Jesus must have been a mere human, now out of existence, because they cannot accept what the Bible plainly teaches. So, when faced with the Bible truth that Jesus was both fully human and fully divine, they opt for humanity and “deep six” the deity. To accommodate their theology, the Watchtower felt the need to design another Jesus and along with that, another gospel, one in which the death of their “Jesus” enables the vast majority of lower-class JWs – the great crowd – to earn their own salvation by going door to door, etc., along with their complete obedience and deference to the elite upper-class JWs – the “anointed.”

Your attitude toward the wheatlike anointed “brothers” of Christ and the treatment you accord them will be the determining factor as to whether you go into “everlasting cutting off” or receive “everlasting life.” (Matt 25:34-46) Prove yourself to be a loyal companion of the anointed “wheat” class, the “faithful and discreet slave,” whom Christ has appointed to provide spiritual “food at the proper time.”2The WATCHTOWER – August 1, 1981

A different gospel, wouldn’t you say?

The Mormons opted for a different sort of Jesus. In their version, He was born as a spirit being on a planet near the starbase Kolob (wherever that is!) to a god and one of this god’s many Mormon wives. The Mormon “Jesus” came to earth and was born into a human body. He then went on to earn godhood – like his father before him and his father before that … you get the idea. The good news (gospel) of the Mormons is we too can become gods and goddesses like all the gods and goddesses before us. The male gods each marry many goddess wives, keep them eternally pregnant, giving birth to a new spirit baby every nine months to populate their own planets. Just in case you missed it, you might note that this is a different Jesus and a different gospel from the Jesus and gospel we learn about in the Bible. And in our opinion, it does not present a bright future for the “goddesses.” Our friend, former Mormon Agusta Harting, would sometimes say she was worried about the kind of planet her husband Dan would build for them since he could not seem to hang a picture straight.

Sadly, Evangelicals are not immune to the temptation to create a “designer Jesus” either. Another Jesus and another Christ are currently being spread through hundreds of thousands, perhaps many more, of evangelical churches. This designer Jesus is the “Jesus” and the “Christ” of the Enneagram. Richard Rohr, who trained the leading lights of the Enneagram movement, Suzanne Stabile and Christopher Heuertz, teaches that Jesus and the Christ are separate entities. In Rohr’s design, the entire creation is “the Christ” and Jesus, by virtue of his being part of creation, is “Christed,” and so are we:

Christ is the eternal amalgam of matter and spirit as one. They hold and reveal one another. Wherever the human and the divine coexist, we have the Christ. Wherever the material and the spiritual coincide, we have the Christ. That includes the material world, the natural world, the animal world (including humans), and moves all the way to the elemental world …3Richard Rohr. “This Is My Body” Center for Action and Contemplation website; Mon., March 4, 2019

But I am afraid that as the serpent deceived Eve by his cunning, your thoughts will be led astray from a sincere and pure devotion to Christ. (2 Corinthians 11:3)

Hold fast to the true Jesus and the true gospel. There is nothing more essential.Ω