That Person, Those People 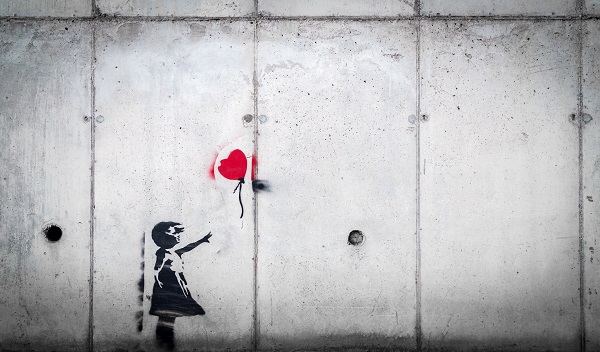 Photo by Karim MANJRA on Unsplash

“You have heard that it was said, ‘Love your neighbor and hate your enemy.’But I tell you, love your enemies and pray for those who persecute you, that you may be children of your Father in heaven. He causes his sun to rise on the evil and the good, and sends rain on the righteous and the unrighteous. If you love those who love you, what reward will you get? Are not even the tax collectors doing that? And if you greet only your own people, what are you doing more than others? Do not even pagans do that? Be perfect, therefore, as your heavenly Father is perfect. (Matthew 5:43-48)

We’ve all read it. Had it quoted to us. Maybe quoted to us under our breath when that person comes to mind or worse says something snarky. I dare say Pastors have done all of these after a certain meeting of church elders. Some of you are, as you read this, thinking about some political position that you are anti, and those people are pro (or the other way around). This week I found myself muttering Jesus’ words about loving your enemies. I realized that I had visceral contempt for some people. I don’t mean “dislike” or “anger.” I mean I genuinely felt they were contemptible because of the way they treated me or how they chose to make their views known.

So instead of muttering it under my breath so I can continue to seethe, I went back to the text with some questions:

“You have heard that it was said, ‘Love your neighbor[and hate your enemy.’

Who is Jesus referring to when he says, “You have heard it said.”? He’s not quoting Torah. O.T. surely says to love one’s neighbor. Many in Jesus’ day were concerned with just who that included. Does it include Samaritans? Tax Collectors. Yes, and Yes Jesus says.  Where does hate your enemies come from? It may just be a popular interpretation of the Torah. If your neighbor is your friend, then we should hate our enemies. You know, those people. The Romans. The Samaritans. Oh wait, Jesus said the Samaritan can be my neighbor. Okay, just my political enemies. It sounds like something the Zealots would say to justify their insurgency toward Rome. The cult living out in the desert at Qumran who are responsible for the Dead Sea Scrolls said “Love the Children of the Light” by which they meant those in their own community and “Hate the children of Darkness” by this they meant everyone else:

‘But I tell you, love your enemies and pray for those who persecute you,”

Jesus was such a radical. He speaks as one who has authority. He doesn’t quote other rabbis like Torah scholars would do: “Rabbi Eliezer says this. . .Rabbi Shmuel says that.”  Nope. I tell you. Love your enemies. Yes. Even those people. Whoever those people are. He adds that we ought to pray for them. I’ve found that I don’t really start to calm down until I pray for my enemies. It is really hard to hate someone if you are genuinely praying for them.

” . . . that you may be children of your Father in heaven. He causes his sun to rise on the evil and the good, and sends rain on the righteous and the unrighteous.”

You want to call yourself a child of your father in heaven? Well he doesn’t deny good things like sunshine and rain to evil people just because they are evil. Take that Qumran community. Take that Zealots who waylay Roman merchant caravans. If you do it, don’t call yourself children of God.

“If you love those who love you, what reward will you get? Are not even the tax collectors doing that? And if you greet only your own people, what are you doing more than others? Do not even pagans do that?”

If I may give my paraphrase: “If you heap love only on those you consider part of your tribe, how are you any different from the politicians and the radicals?” But I have love even for those people. I tolerate my neighbor who has a sign for that party in their yard. I still speak to the lady who I know supports what those people are doing in Portland (notice how I could be talking about protesters, rioters, federal agents etc.). Yeah. you still speak to them but be honest, haven’t you thrilled at someone “owning” the people you find contemptible. Haven’t you lusted (in your heart of course) for them to suffer some pain for what they are doing, not just that they stop doing it?

Nah most of us don’t even know when we employ a double standard. Blogger and psychiatrist Scott Alexander, who, by his own admission leans left, however, he is also someone who really examines his own motives. He wrote an essay that I think should be required reading for the current state of affairs, “I Can Tolerate Anything but the Out-group.”  He recounts that when Osama Bin Laden died, many of his Blue tribe were adamant that we should never delight in the death of a fellow human being. Shortly after, Margaret Thatcher died. Members of that same Blue tribe sang “Ding Dong the Witch is Dead.” Bin Laden was flawed but Thatcher was evil they justified.

The shocking part was that most of those who commented saw no real contradiction. They would go to great lengths to justify the prejudice in an act of supreme motivated reasoning. They just couldn’t see they were acting inconsistently. I think these sorts of biases may be indicative of our fallen nature. We are blind to our own biases. Honestly, if you dislike the Blue tribe, I bet you kind of nodded your head and thought some version “That’s right. That’s how they are.” But really. I bet if you do a little digging you can find the same sort of inconsistency in your own tribe can’t you? You can’t? Of course. Our tribe (which ever one that is) is unsullied. Well, maybe not unsullied but less sullied than those people.

Be perfect, therefore, as your heavenly Father is perfect.

Nobody’s perfect, we say. The word translated “perfect” can mean “complete”, “mature in character” rather than just without flaw. Even though God is certainly without flaw. Jesus here seems to be talking of God’s fullness. His fully filled out character. If we don’t love our enemies then we are not fully being like God, morally. We are lacking. Missing something vital and important. If I may stretch it, “We are less than what God meant human beings to be.”

I could say stuff about how loving an enemy is not the same as ignoring their sin. I could say that loving does not rule out speaking truth to power. But we know all of that. Maybe we start by praying honestly and compassionately for that person and those people. Sure, pray God will help them see the light about whatever, but don’t let that be the whole of your prayer. Because praying that they repent is the easy part but its not about them. God wants to change us. Ask God how to love them in hard ways.Ω