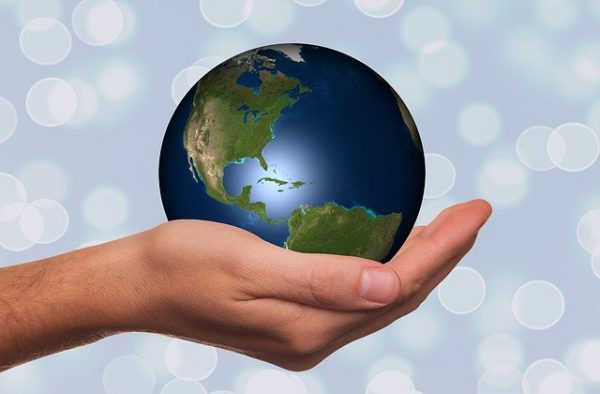 When you think of the word “present,” what comes to mind? As you might have guessed, around here we love words. It is our primary medium of communication. We love playing with words and enjoyed comedians of yore like Abbott and Costello and their use of word play with routines like “Who’s on First?” Now we’re dating ourselves… But what of the word “present”? All by itself it could mean many things. It’s a word that needs context. For example, it could be an answer to roll call in an elementary school classroom (do they still do that?). As the teacher goes down the list and calls “John Doe,” the student responds “present.” So, “present” can mean “I’m here.”

Someone may say they had not expected to find themselves in their “present” circumstance. That use of “present” would indicate “now,” as in the circumstance I find myself in now.

Jehovah’s Witnesses claim that Jesus has returned and is “present” – and his return and presence began in 1914. An astute person might ask them exactly WHERE is He present, because of course, no one can see Him. Ah, that’s because He is present invisibly. As Inspector Clouseau of Pink Panther fame might say, Ah, the old “‘invisibly present’ ploy.” JWs are not the only group that has had to revise their doctrine when Jesus stubbornly did not arrive visibly when he was supposed to, by their calculations. The “invisible return” has been a sort of useful option for false prophets to employ, for good reason. It can be a bit difficult to dispute an invisible presence. Anyway, the JWs claim the invisible presence began in 1914. When pressed a bit further about exactly where Jesus was before He was “present” vs where He is now, they’ll admit that He didn’t really change His actual location in 1914 – He has just turned His attention to Earth beginning in 1914. So, we see that Jesus isn’t any more or any less “present” – as in a particular location – but “present” in His awareness of what’s going on down here on Earth. Of course that gets a bit sticky also because, if He only turned His attention to the Earth in 1914, how was He engaged in feeding “God’s organization” correct doctrine, or so-called “Food at the proper time” down throughout all the centuries, as the JWs teach. But perhaps that is why much of the doctrine they’ve taught since their inception has been, by their own admission – dead wrong – compared to the newer “truth” they insist is “true” now – and why “the truth” has had to be changed so many times. After all, Jesus’s full attention was elsewhere. Of course a few (OK, a LOT of) rotten eggs slipped in! Oh, what a tangled web they weave. But we digress, as we sometimes do.

We are in the season of the year when most are out shopping – or ordering from Amazon – to purchase a “present” for those they hold dear. In this case, a “present” is a gift to be given, which will hopefully be received with gladness. I’d like to see someone try to get away with convincing children that there were presents for them under the tree, but they were invisible.

We recently sponsored a debate between a Muslim and a Christian on our “Unknown Webcast.” The two parties do not differ on everything. Both agree, for example, that God is transcendent. In other words, God exists independently of the physical universe and is beyond our limited comprehension. Muslims believe they can know things about God by His self-revelation through His prophets and the Qur’an, but they cannot know Him personally. God, in their view, is not “present.” Christians affirm that God is transcendent, but we also believe that He is present, and that we can have a personal relationship with Him, something which Muslims deny. Why do we believe that? Because we hold that He is immanent – or present in creation – while being distinct from it. Christians believe that God is “omnipresent,” or present everywhere. Kind David writes in Psalm 138:7-10:

No matter where David might go, God is present! In Psalm 46 the Sons of Korah sing:

God is our refuge and strength, a very present help in trouble (Psalm 46:1)

So not only is God “present” with us wherever we are, but He is helping, strengthening and providing for us in any current circumstance. Since God isn’t a physical being by definition, He isn’t “seeable” even though He is “present” (with us) in our “present” (right now) distress. Unlike Islam or the Watchtower, we can have a personal relationship with our God Who is right now – which for God is always – with us. He is present with us presently.

But, even more wonderfully, nearly 2,000 years ago now, God became “present” in a whole new way. We read about it in Matthew:

But as he considered these things, behold, an angel of the Lord appeared to him in a dream, saying, “Joseph, son of David, do not fear to take Mary as your wife, for that which is conceived in her is from the Holy Spirit. She will bear a son, and you shall call his name Jesus, for he will save his people from their sins.” All this took place to fulfill what the Lord had spoken by the prophet:

“Behold, the virgin shall conceive and bear a son, and they shall call his name Immanuel” (which means, God with us). (Matthew 1:20-24)

The immanent God – Jesus Christ – incarnated and was physically present, face to face with His creation. The Apostle John said that He was both visible and touchable, saying they touched Him with their hands and “handled” or were in close physical contact with Him (1 John 1:1). He was fully present with His people! And He is going to return to be always present with us – He will not be returning invisibly or in some spirit form.

There are some who want to “nitpick Christmas,” seeking to wage battle over whether we celebrate on the right day or they wrongly assert that Christmas and its traditions are derived from pagan sources, but it seems to us they are missing the really important point of the holy day. The wondrous God Who created the universe, Who is everywhere present, and is fully engaged in the lives of His people, became present in a way which allowed Him to present His body as a sacrifice for our sin and redemption and secured peace with God for those who believe. Now, that is a Christmas present worth having.Ω