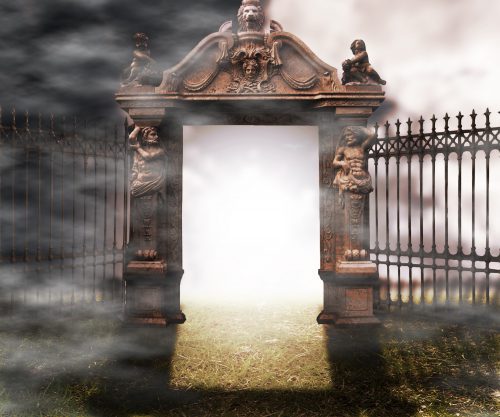 My series of articles has been focused, in large part, on use of terminology as a foundation for comprehension and elucidation. When considering issues such as Angels, demons, Nephilim, and giants, we have seen how definitions also assist in systematizing in terms of putting together a theological jigsaw puzzle without which we end up with various “-ologies” that may not cohere.

In this article, the focus is on the terms heaven and hell, both of which are generically employed in certain English Bible versions as catch-all terms that covereth a multitude of theology—or rather, superumology (the study of heaven) and infernology (the study of hell).1Playing off of a Latin term for heaven─superum, and a Latin term for hell─infernum

Basic-level theological terms regarding eternal destinations are either heaven or hell; and yet, there is a bit more than that along the way.

The following is a bottom-line conclusion as to the various terms we encounter in Hebrew and Greek (as well as English renderings), namely: Sheol, gehenna, Hades, Abyss, bottomless pit, Tartarus, lake of fire, second death, heaven (intermediate heaven and eternal heaven proper), Abraham’s bosom, paradise, Kingdom of Heaven/God, New Heavens, and New Earth. Rendering all of these as either heaven or hell causes confusion and is vague.

The Old Testament makes general references to all of the dead being in the grave, to all being in (Hebrew term) Sheol aka (Greek term) Hades (examples include Genesis 37:35 and 1 Samuel 2:6).

It may be that Enoch and Elijah were assumed directly into the intermediate heaven; yet, all other dead went to Sheol/Hades.

Sheol/Hades is the dual chambered locale which consist of one unnamed chamber in which torments are experienced and one chamber referred to as Abraham’s Bosom aka Paradise wherein comfort is experienced (see Luke 16:19-31).

Heaven may be thought to refer to a specific location; and yet, it is more precisely though to refer to the locale in God’s presence where one is in a temporarily disembodied form—the body sleep to which I referred in my article Demons Ex Machina: What Are Demons?

The Cherub Satan fell from heaven; and yet, he is still allowed before God until he is cast out therefrom since “there was a day when the sons of God came to present themselves before the LORD, and Satan also came among them” (Job 1:6, also see 2:1, New American Standard Bible: NASB) and eventually, “there was war in heaven…And the great dragon was thrown down, the serpent of old who is called the devil and Satan…he was thrown down to the earth, and his angels were thrown down with him” so that “there was no longer a place found for them in heaven” (Revelation 12:7-9).

The Angels who sinned were incarcerated in the Abyss aka Bottomless Pit aka Tartarus (Jude 1:6 has “everlasting chains under darkness,” 2 Peter 2:4 has “hell and committed them to pits of darkness” with hell being Tartarus and Revelation 9:1 has “bottomless pit” abyssos phrear).

The Kingdom of Heaven/God manifests in the heaven-bound and gradually comes upon the Earth (examples include Matthew 3:2 and Mark 1:14-15).

During the three days of His death, Jesus descended to Sheol/Hades and led those in the Abraham’s Bosom/Paradise chamber into intermediate heaven (see 1 Peter 3:19 and Ephesians 4:7-9).

By intermediate heaven I am referring to God’s presence into which even Satan appeared post-fall as opposed to heaven proper which refer to where these, as well as the heaven-bound who died after them, will live eternally which is the New Heavens, on the New Earth, in the New Jerusalem (see 2 Peter 3:13 and Revelation 21:1-2) wherein “He will wipe away every tear from their eyes; and there will no longer be any death; there will no longer be any mourning, or crying, or pain” (Revelation 21:4).

Luke 16:23 states that the rich man was in Hell (specifically in Hades) when “he lifted up his eyes, being in torment, and saw Abraham far away and Lazarus in his bosom,” etc. Note that Abraham’s bosom need not be thought of as the name of a location, but rather, it is a description of where the poor man was taken which was literally to Abraham’s bosom─to his presence, to his care, to his embrace.

Also, Psalm 16:8-10 states, “I have set the LORD continually before me; because He is at my right hand, I will not be shaken. Therefore, my heart is glad and my glory rejoices; my flesh also will dwell securely. For You will not abandon my soul to Sheol; nor will You allow Your Holy One to undergo decay” with Sheol here often rendered as hell (such as in the King James Version: KJV). This Psalm is reiterated in Acts 2:25-31 wherein Sheol is rendered as HADES by the NASB and hell by the KJV. Thus, God “WILL NOT ABANDON MY SOUL TO” Sheol/Hades “NOR ALLOW YOUR HOLY ONE TO UNDERGO DECAY” because the context is that the heaven-bound will ascend from therein (FYI: the NASB New Testament employs all caps when quoting the Old Testament).

Before Jesus’ sacrifice, all the dead went to the grave/Sheol/Hades: either the Abraham’s Bosom/Paradise chamber or the Gehenna chamber—with the possible exception of Enoch and Elijah who apparently went directly into God’s presence/the intermediate heaven. After Jesus’ sacrifice, all those within the Abraham’s Bosom/Paradise chamber were taken into the intermediate heaven in a disembodied state.

When all is said and done, those in the intermediate heaven will be taken into the New Heavens wherein they will be embodied (I am bypassing “end-times” technicalities). Those in the Gehenna chamber will suffer the Second Death, being thrown into the Lake of Fire.

Fallen Angels were incarcerated in the Abyss/Bottomless Pit/Tartarus and, along with Satan, the beast, and the false prophet, also eventually will be thrown into the Lake of Fire.