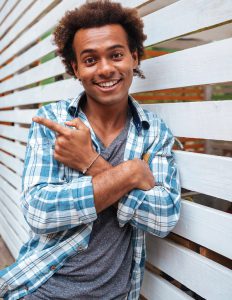 Few realize how subtly doctrinal drift occurs. It often isn’t a jump from sound teaching and belief in the essentials of the faith to all out denial but is a slight lean from one to the other. It comes with a slight change in wording or application of a new definition which makes an aberrant view sound acceptable. Julie Roys  publicly raised this issue regarding Moody Bible Institute last month after spending a great deal of time trying to dialogue with the leadership at MBI. One of the issues was inerrancy. In her article, Moody Bible Institute Takes Bold Step to Affirm Biblical Inerrancy we see the impact of redefining terms:

Yet as I reported last month, two Moody professors last year admitted in a Bible/Theology Division meeting that while they affirmed Moody’s doctrinal statement, they rejected the Chicago Statement, as well as what’s known as a “correspondence view of truth.”

It was a slight lean but was sufficient to demonstrate under scrutiny that they didn’t actually affirm Moody’s doctrinal statement after all. Would anyone have caught the subtle shift had Julie not brought it to public attention? It’s hard telling because although the professors seemingly affirmed the statement no one thought to ask them how they defined “truth.” This is not a new problem but has been with us since the beginning of the church, and truth be told, we see it throughout the Old Testament as well. Much of the New Testament was written to correct false teaching and lay down clear definitions of belief, including Early Church Creeds such as 1 Corinthians 15:3-7. The Church Councils formulated Creeds to clarify the essentials of the faith which were being subtly corrupted by false teachers. As we look at the creeds, they went from the simple statements of the Nicene Creed (325) to longer more detailed statements of the First Council of Constantinople (381, see comparison). By the time we get to the Athanasian Creed it is longer, more detailed and includes definitions which would prevent false teachers from co-opting the language by redefinition. Although it addresses the humanity of Christ, the bulk of the Athanasian Creed focuses on the deity of Christ, the nature of God (One True God) and the relation of the three persons (Trinity) who share that nature. Reviewing this issue in light of recent revelations and discussions, Julie Roys points out:

Moody also announced that it is revising its doctrinal statement regarding the Trinity. The revision adds that God is “three co-equal Persons” and that “these divine Persons, together possessing the same eternal perfections, work inseparably and harmoniously in creating, sustaining and redeeming the world.”

The nuances of trinitarian language often makes a big difference in what is being communicated, so someone who is orthodox in their view may unwittingly use heretical terminology. For example, in 2011 Mark Hensch did a fine article on Evangelicals Take Stand on Trinity with the exception of the statement:

For Spencer and other signers like him, taking stock of the Trinity requires maintaining the Bible’s emphasis on one god and three manifestations of that God. (emphasis ours)

Spencer and the other signers would never use the terms “three manifestations,” as that is the language of an Early Church heresy called modalism. Many point out that modalism is perhaps the most common theological error on the nature of God. It is the idea that God one person Who “manifested” Himself as Father in creation, Son in redemption and Holy Spirit in sanctification – but that they are not co-equal, co-eternal, co-powerful, etc. Did Mark Hensch intentionally embrace modalism by using this term? Probably not. The definition sounded close to the truth but leaned into heresy.

Many churches today opt for “user friendly” sermons, and do not teach the essentials of the faith on a regular basis. As a result, most who attend such a church are prey for cults and false teachers who use similar terms with different definitions to pull the unwary away from the faith.

Adding to this problem, some organizations which represent themselves as Christian media promote and sell false teaching online. A book such as Joe Kovacs’ Shocked by the Bible and The Divine Secret, promoted and sold by WorldNetDaily, is little more than an updated version of the false teachings of Herbert W. Armstrong who denied the deity of Christ and doctrine of the Trinity – and promulgated many other false teachings. Even though this has been brought to the attention of the leadership of WorldNetDaily privately and publicly, it has fallen on deaf ears. Unlike Moody, they appear to be uncorrectable.

Again, none of this is new and the Apostle Paul was so concerned about the flood of false doctrine that would flood into the church after his death, he sent for the Ephesian elders and gave them a mandate which still applies to church leadership today:

Pay careful attention to yourselves and to all the flock, in which the Holy Spirit has made you overseers, to care for the church of God, which he obtained with his own blood. I know that after my departure fierce wolves will come in among you, not sparing the flock; and from among your own selves will arise men speaking twisted things, to draw away the disciples after them. Therefore be alert, remembering that for three years I did not cease night or day to admonish every one with tears. (Acts 20:28-31)