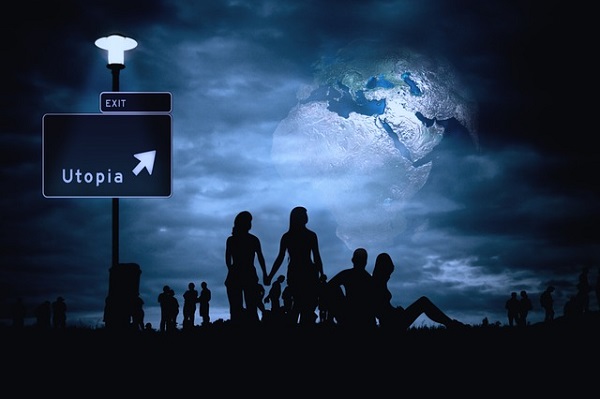 A second matter, in this regard, concerns the strong indications that for all the deep belief, the genuine piety, the heroic faith, and the good intention one finds all across American Christianity today, large swaths have been captured by the spirit of the age. One does not have to review or redo the research of many social scientists to recognize the extent of this challenge. Consumerism, individualism, the therapeutic and managerial ideologies have gone far to undermine the authority of the Christian movement and its traditions. This problem is especially acute among the young, where, as Christian Smith observes, a “moralistic, therapeutic deism” has triumphed over historical creedal faith and practice.

As Jonathon and I work our way through James Davison Hunter’s book, To Change the World : The Irony, Tragedy, and Possibility of Christianity in the Late Modern World , we are finding a number of things with which we agree. In fact, we have made similar observations which are similar to the above quote from his book. I do have to say that, although he states he is writing as a Christian, it is unclear what he means by that claim. He seems to classify all groups which claim to be Christian, Roman Catholic, Liberal Left as well as Conservatives and Fundamentalists as Christians. That being said, his observations are more sociological than theological. The first section in his “Second Essay” addresses Conservative Christianity and in the above quote, he is correct. Many within evangelical churches have been “captured by the spirit of the age.” Theology has been done largely through the grid of psychology. How we “feel” about biblical teaching or God’s interaction with humans is for many, the determiner of what is true. The desire for health and financial wealth has in some circles become the measuring stick for determining the level of one’s faith. Good health and more wealth and possessions demonstrate great faith. On the other hand, financial struggles or sickness are regarded as having little or no faith. For those in Conservative churches there is a growing desperation to fix culture in order to make the biblical faith more comfortable and relevant. The result has been a decided escalation in political involvement in an effort to “reclaim America for God.”

The politicization of everything is an indirect measure of the loss of a common culture and, in turn, the competition among factions to dominate others on their own terms. Our times amply demonstrate that it is far easier to force one’s will on others through legal and political means or to threaten to do so than it is to persuade them or negotiate compromise with them.

The culture war rhetoric has been ratcheted up each election season since Reagan ran for president. The divide between liberals and conservatives has gone from being a gap that could be crossed to a Grand Canyon size split. Hunter suggests the reason for this:

The sense of injury is the key. Over time, the perceived injustice becomes central to the person’s and the group’s identity. Understanding themselves to be victimized is not a passive acknowledgement but a belief that can be cultivated. Accounts of atrocity become a crucial subplot of the narrative, evidence that reinforces the sense that they have been or will be wronged or victimized. Cultivating the fear of further injury becomes a strategy for generating solidarity within the group and mobilizing the group to action. It is often useful at such times to exaggerate or magnify the threat. The injury or threat thereof is so central to the identity and dynamics of the group that to give it up is to give up a critical part of whom they understand themselves to be. Thus, instead of letting go, the sense of injury continues to get deeper.

I think he is correct. Both sides, liberals and conservatives (and the varying factions in between) are working hard to secure the right to create their vision of a cultural utopia, what I have chosen to call a Culturetopia, and force it on the rest of the culture. We looked at this in our 2008 Journal article ”Getting Back to the Garden”. Liberals demonize conservatives with claims that Republicans want dirty air and dirty water. Conservatives insist that liberals are intent on eliminating the Constitution and installing a Marxist Regime in its place. The language of war and fear raise a great deal of funds for those who have mastered the language and techniques of rallying the troops against the enemy. The vast majority of people simply want to get along without all of the battles which are heating up on all sides.

Hunter argues that change comes from the top down. It happens in the educational institutions, the halls of politics and the wealthier in society. There is something to his claims. The Judeo/Christian worldview held sway over Western culture for nearly 1500 years. Christians largely abandoned the universities and began their own Bible colleges and seminaries in the early 1900s. The intention was to protect their offspring from indoctrination into Darwinian and Marxist ideologies. The problem was that it left those institutions with little to no Christian influence. In little more than a generation, the cultural elite communicated their worldview to those who shape cultural thinking, the politicians, media, judicial system, and even religious leaders in not only liberal churches but in many ways what we think of as conservative churches. Why is this? Unlike Hunter or perhaps in addition to Hunter’s view, I think it has at least as much to do with man’s rebellious nature as it does with social change driven by cultural elites. Man tends toward evil and rebellion against God. We see this fairly clearly in the Old Testament. King David was “a man after God’s own heart.” Even though a flawed man he was devoted to God and opposed to idolatry. His son, Solomon did not have the same commitment to God as his father David, and not only permitted idolatry but built many of the altars to false gods that the nation used. The nation of Israel frequently went from being the holy people of God to running after pagan forms of worship. Even the early church wrestled with false teachings, false teachers, pagan influences, and bad behavior right from the beginning. Much of the New Testament was written to correct these issues. However, their goal wasn’t to transform society. That happened more as a by-product of believers influencing culture and their ideas being embraced by those who shaped cultural thinking. The opposite has happened in this nation over the last two generations. Christians are now viewed as outsiders and invaders by the very universities, political institutions, and media they abandoned two generations ago. Those institutions went on without them and their influence. Many of them cannot even remember a “Christian America.”

This really changes the place of the church in culture and will redefine how we interact with and challenge culture. Is our task to force Christian behavior on culture through politics and legislation or to persuade individuals who in turn will impact culture for the gospel? In other words, is our work to cause people to live more Christianly and have better behaved unredeemed sinners or persuade them through word and deed to be reconciled to God? How will that change what the church does in both its mission and ministry?Ω

© 2012, Midwest Christian Outreach, Inc All rights reserved. Excerpts and links may be used if full and clear credit is given with specific direction to the original content.