Missionaries to the Household of Faith? 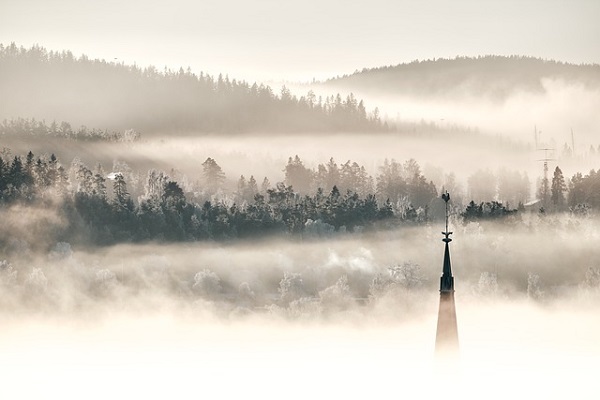 Image by SSidde from Pixabay

Nearly everyone understands the concept of missionaries to and in other countries. Reconciliation Ministries Network gives the origins of the term:

The word missionary comes from the Latin word mitto, which means “to send.” It is the equivalent of the Greek word apostello, which also means “to send.” The root meaning of the two words is identical1Herbert Kane, The Making of a Missionary, ISBN: 081053587, p. 13

A missionary, then, is someone who is sent. Many churches directly support missionaries or mission organizations, while others, like the Southern Baptist Convention, contribute to a central sending agency that commissions and sends missionaries.

Most often, the missionary’s primary mission is to share the gospel; however, being a missionary often includes helping poorer populations dig wells, providing medical care, and other humanitarian efforts. Wikipedia notes:

A missionary is a member of a religious group sent into an area to promote their faith or provide services, such as education, literacy, social justice, health care, and economic development. In the Latin translation of the Bible, Jesus Christ uses the word when sending the disciples to preach the gospel in his name. The term is most commonly used for Christian missions but can be used for any creed or ideology.

Some cult groups, like the Church of Jesus Christ of Latter-day Saints, Jehovah’s Witnesses, and others send missionaries to foreign nations and often view all members as missionaries. These groups seem to be most effective at converting those who attend Christian churches. Church folks are susceptible because these groups present themselves as Christians, and too often, Christians have never learned how to distinguish the true from the false.

Few recognize or appreciate missionaries to cults and non-Christian religions as true “missionaries.” A true missionary seems to be regarded by many evangelical churches as someone who crosses a large body of saltwater. 😊 (To meet this standard, we at MCOI try to fly over Salt Lake in Utah from time to time. In truth, we have not flown over Salt Lake to our knowledge, but we have very often driven around it – if that counts for anything.) Very few churches support missions with this particular focus and calling. That is especially true if addressing false teaching and false teachers include false teachers and teachings among popular celebrity teachers operating within the household of faith. We are not complaining, however, because God abundantly meets our needs. Even so, it does seem that missionary efforts exposing false teachers and practices among God’s people have a long history in the Bible.

In the Hebrew Scriptures, God sent missionaries called “prophets.” (Just to be clear –we are not saying that missionaries today qualify as prophets in the Old Testament sense. God put His very words into their mouths, and one can be a missionary without being a prophet.) The LORD mostly sent them to His people Israel. He did so because although the Jews did not reject God overtly or entirely, they repeatedly added pagan beliefs and practices to the faith God delivered to them. Joel, Amos, Hosea, Isaiah, Jeremiah, Ezekiel, and others were sent to God’s people, calling them to repent and warning of coming judgment.

Although we can’t recall anyone referring to Jesus as a “missionary,” He was sent to the nation of Israel. Of course, it is a wonderful truth that He died for the sins of the world (John 3:16-18) and raised Himself (John 2:19-22) to conquer death for all who believe in His name. But His mission during His incarnation was to the household of faith, the Nation of Israel. Matthew quotes Him, “I was sent only to the lost sheep of the house of Israel.” (Matthew 15:24). His main message to the people of God was to “Repent, for the kingdom of heaven is at hand.” (Matthew 4:17) He, in turn, sent His disciples as missionaries to the household of faith:

These twelve Jesus sent out, instructing them, “Go nowhere among the Gentiles and enter no town of the Samaritans, but go rather to the lost sheep of the house of Israel. And proclaim as you go, saying, ‘The kingdom of heaven is at hand.’ (Matthew 10:5-7)

Don’t go to Gentiles, and don’t go to Samaritans. Go exclusively to “the lost sheep of the house of Israel.” However, the household of faith was not very accepting of their message for the most part, and they and their Lord would ultimately be rejected.

“Behold, I am sending you out as sheep in the midst of wolves, so be wise as serpents and innocent as doves. Beware of men, for they will deliver you over to courts and flog you in their synagogues, (Matthew 10:16-17)

The Gentiles would eventually hear their gospel, though preaching to them was not exactly of the disciple’s own volition:

and you will be dragged before governors and kings for my sake, to bear witness before them and the Gentiles. (Matthew 10:18)

The Gentiles would hear the gospel when those of “the household of faith” dragged the missionaries to the governors and kings for judgment and condemnation. Of course, often that would be after flogging them in the houses of worship. The Apostle Paul points back to Isaiah 65:2 when writing of the overwhelming rejection of the gospel message by Israel:

But of Israel he says, “All day long I have held out my hands to a disobedient and contrary people.” (Romans 10:21)

Despite the seeming mass rejection of God and His messengers, all was certainly not lost. YHWH let one of the Old Testament missionaries, Elijah, know that even though the household of faith had added pagan beliefs and practices to the religious mix, there was a faithful stalwart minority that had not:

Yet I will leave seven thousand in Israel, all the knees that have not bowed to Baal, and every mouth that has not kissed him (1 Kings 19:18)

The same is true of the Church today. Some churches have stalwartly stayed the course and are standing on the word of God. However, though we truly hate to say it, we suggest they may be in the minority today, like the small group in ancient Israel. Many might reject that view, believing that the churches have not blatantly rejected the faith once delivered to them, and we are, in fact, blessed to know very faithful pastors and churches. However, like Israel of old, though most churches may not be overtly denying the Lord and the faith, many are certainly adding false and/or pagan teachings into it. In their desire to look more like culture and attract a far wider audience to their multi-campus gatherings, biblical truth has been given a back seat. Adding pagan beliefs, occultic mystical practices, and unbiblical views into their faith mix happens subtly and often wholly undetected. Last week, we wrote of that in Christianity’s “Trip” to the East.

Consequently, discernment ministries and missions to cults and non-Christian religions are viewed as divisive. We believe that discernment ministries and missionaries are relegated to operating on the periphery of the church because so many churches, Bible colleges, and seminaries have added paganism to the biblical faith and, like the Nation of Israel, resent having that brought to their attention. It should not be true, and we wish it were not, yet the Apostle Paul predicted it:

I charge you in the presence of God and of Christ Jesus, who is to judge the living and the dead, and by his appearing and his kingdom: preach the word; be ready in season and out of season; reprove, rebuke, and exhort, with complete patience and teaching. For the time is coming when people will not endure sound teaching, but having itching ears they will accumulate for themselves teachers to suit their own passions, and will turn away from listening to the truth and wander off into myths. As for you, always be sober-minded, endure suffering, do the work of an evangelist, fulfill your ministry. (2 Timothy 4:1-5)

Certainly, Paul did not enjoy speaking the truth about Israel’s rejection of the gospel, and we certainly do not enjoy criticizing the church in the least. We got into this ministry strictly to protect the churches from the cult groups that were successfully praying upon it. Yet, the visible decline of the churches’ message and mission is a sad truth that must be told if we remain faithful to our calling, and we hope and pray churches will heed.Ω