The Fleeting Pleasures of Sin 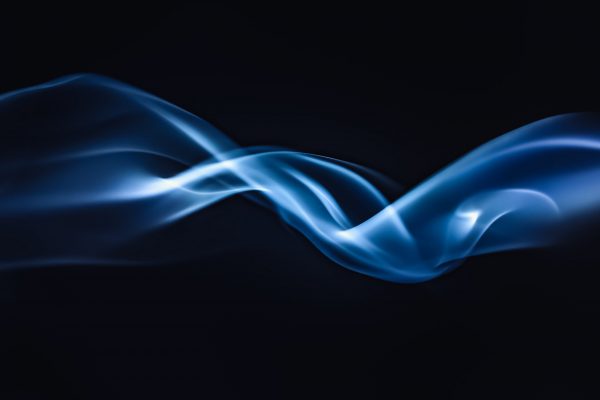 Photo by Marek Piwnicki on Unsplash

By faith Moses, when he was grown up, refused to be called the son of Pharaoh’s daughter, choosing rather to be mistreated with the people of God than to enjoy the fleeting pleasures of sin. (Hebrews 11:24-25 ESV)

With an interesting turn of phrase, the author of the heroes of the faith chapter in Hebrews 11 communicates two important aspects of sin. They do so with two words, “fleeting,” and “pleasures.” There is an attraction to sin, but any pleasure it offers is short lived. It is “fleeting.” Sin leaves in its wake heartbreak, destruction, and often ruined lives, but the allure of it is so strong that it entraps people. Once firmly in sin’s grip, people, who often do know in their hearts their behavior is wrong, try to justify their involvement, to others as well as to themselves.

The religious leaders in Jesus’ day, who strongly disdained “sinners” while having quite a high view of themselves, had fooled themselves into believing they were not sexual sinners if they had not physically consummated the act, though they certainly consummated the act in their minds. They supposed that their motivations and evil thought life were not subject to judgment. In their thinking, they didn’t DO anything wrong. Jesus issued a shocking correction to their self-righteous attitude:

You have heard that it was said, ‘You shall not commit adultery.’ But I say to you that everyone who looks at a woman with lustful intent has already committed adultery with her in his heart. (Matthew 5:27-28 ESV)

It was not the temptation to commit adultery that made them sinners subject to judgment, as temptation itself is not sin. It was their refusal to turn away. They intentionally dwelled on these thoughts – their “lustful intent,” which was the issue. James picks up on this,

But each person is tempted when he is lured and enticed by his own desire. Then desire when it has conceived gives birth to sin, and sin when it is fully grown brings forth death. (James 1:14-15)

The draw and lure of sin is powerful. We may recognize something as temptation, but if we refuse to turn away, but keep nursing and rehearsing the possibilities in our mind, the desire only grows and of course becomes sin in and of itself. We may rationalize that indulging in a bit of sexual fantasy is just not that big a deal. If we watch TV, we may easily convince ourselves that “everyone is doing it.” Next, the sin may move into the physical realm, where it is fully embraced, and found to be enjoyable. What was once recognized as “wrong” becomes merely a “meeting of one’s basic needs.” Perhaps we tell ourselves no harm was done. No one got hurt, right? And it felt so right, how could it be wrong? Then it might become, “If loving him or her is wrong, I don’t want to be right.” OK, full circle. At this point one’s faith has essentially been put aside because the person is fully aware they are willfully choosing wrong over right. In course of time, the sin is often exposed, and destroys marriages, breaks the hearts of any children, and hurts other people as well. It heaps destruction all around. The ripple effect does not stop there. If one is a Christian, one’s church may be in turmoil, people are disillusioned, and unbelievers use the whole sordid story to show that all Christians are hypocrites (a subject for another day). So, as the Bible makes clear, the “pleasures” of sin were only for a “season,” but the price is very high, and the rules are generally pay to play. Even if one’s sin is not exposed, it is not without consequences.

Last week in “Freedom from Morality” we looked at the near full-throated cry to abandon biblical morality by vocal activists not only in our nation but in all of Western culture. Over the past 50 years or so, free-sex activists started out by declaring that no one has the right to intrude into anyone’s bedroom. In a Constitutional Republic, all citizens have a right to try to persuade government to enact or change laws to reflect their views. And many laws were changed, along with public attitudes.

Through the 1970s, 80s and 90s, gay activists continually assured everyone that all they wanted was their right to engage in whatever sexual practices they wished without government interference. In June 2015, the Supreme Court ruled in Obergefell_v._Hodges that same gender marriage is a constitutional right no different from opposite gender marriage. By 2015, 60% of culture was in support of the change.

Along the way, many high-sounding rationalizations surfaced to justify behavior once seen as wrong, “God made me this way” being one of the earliest.

The simplistic defense, “I was born this way/God made me this way,” tends to relieve those who are practicing homosexuals of a sense of guilt. After all, if your sexual preference is not your choice, but stamped on your psyche at birth, whose fault could it be but God’s? And who is going to take God to task over the way He created someone? On top of that, “God’s choice” makes it impossible to change one’s “orientation.”

The churches’ response to all this was not and is not uniform.

One segment of the church takes the position that once someone comes to the faith, they are simply no longer gay. In a sense, this is true, gloriously so, as they are forgiven of every sin. Writing to the church in Corinth, Paul had to address sexual immorality within the church. In chapter 6 of First Corinthians, he condemns all forms of sexual immorality among the unrighteous, and then writes:

And such were some of you. But you were washed, you were sanctified, you were justified in the name of the Lord Jesus Christ and by the Spirit of our God. (1 Corinthians 6:11)

Even so, our struggle is not over. He then instructs them to flee from sexually immoral practices. However, the continued struggle against our own sin natures may not be fully clarified. It seems to be assumed that one will be delivered from all temptation, especially of a sexual nature, and that is the end of it. God can miraculously deliver someone from temptation to a besetting sin, but He doesn’t generally do so. Lo and behold, the individual finds himself or herself still carrying around the same-sex attraction and concludes that “Christianity doesn’t work for me” because he or she have not been “delivered” and still suffer with the temptation.

What about other sins? Would we say that once someone comes to the faith a gossip is no longer fighting against the temptation to gossip? Does a liar automatically lose the temptation to lie, or the thief the urge to steal?  They are completely forgiven, but they will likely fight against those old temptations all their life as well. The same is true of an adulterer, a homosexual, or any other sexual sinner.  We are all fighting and will continue to fight all of our lives, our own battles against the sin nature in our flesh. But we will be delivered from all that one glorious day!

Another direction was taken by “evangelical” Progressives. As we pointed out in “The Rise of the Evangelical Left,” Brian McLaren, in 2006, called for a five-year moratorium on deciding if homosexuality is a sin and we should look to the Holy Spirit to give us consensus on this question. It seems the already revealed declaration from God concerning sexual sins, recorded in Scripture under the guidance of the Holy Spirit, is somehow not sufficient or binding on us today. Four years later, in his 2010 book, A New Kind of Christianity, McLaren issued his judgement. In “Brian McLaren, Homosexuality, and Apostolic Loathing,” Denny Burke comments,

For McLaren, evangelicals who treat homosexuals as sinners are really just looking for an enemy—a scapegoat. In other words, traditionalist faith is less about theology than it is about psychology. Evangelicals need someone to loathe, and homosexuals are the unfortunate target. In this way, McLaren likens traditional evangelicals to racist bigots and misogynists of a former generation.

Do Christians loathe homosexuals? Most emphatically, we DO NOT. We carry our own sin natures within our flesh. If anyone does hate homosexuals, how are they any better than the Pharisees of Jesus day? We know that lost people are lost, just as we ourselves were once.

The issue is complicated by the culture war raging in the nation. Gay activists have transitioned from demanding the right to bedroom privacy to demanding that Christians abandon their biblical beliefs and celebrate homosexual sin. Christians cannot do that. However, people can get so caught up in the fight that some may be tempted to transfer the “anger of battle” over to individuals, struggling with sin just as they are. But what do we know about temptation? We are to flee temptation and that certainly includes the temptation to misdirect anger towards individuals who need our love and prayers and not our disdain.

A few years after McLaren came to his decision on the issue, Progressive “Tony Campolo calls for full acceptance of same-sex couples.”

We very much disagree with Campolo. Biblically, God designed the sex drive into creation and gave instructions for proper use within the bounds of a male and female, husband, and wife relationship, where “a man shall leave his father and his mother and hold fast to his wife, and they shall become one flesh.” (Genesis 2:24). God’s good design of sexuality does not permit or bless anything outside of His clear design for sexuality. The Bible outlines forbidden practices in Leviticus 18. The problem is not the sexual drive but the abuse of it.

An analogy may be helpful. A chainsaw is a very fine tool which is designed to be used as directed. It can be used on wood, concrete, metal and even in art. But there are safety warnings to be followed and ignoring them and using chainsaws in ways for which they are not designed could result in injury or death. It can also be used to intentionally maim or even kill another human being. Such abuses would not be the fault of the designer. The rules are clearly spelled out. Admittedly, the user’s guide does not tell people not to use it on Uncle Larry’s head if one should become angry. The manual assumes a certain amount of self-restraint and good sense from its users. The Bible, however, assumes nothing about human self-restraint or good sense. It pretty much spells out every possible way a human being could choose to do the wrong thing and forbids it.

God did not make people sinners. The Fall of man in the garden made us this way. God designed sexuality and called it “good.” God gave clear directions about how it is to be handled as well as a list of things to steadfastly avoid in its usage. Like all other areas of human life, it has been corrupted by sin. We have free will, and we – ALL OF US – made the choice to stray from God’s thoroughly outlined laws.

Thankfully, God has provided the way for every person, no matter what they have done, to escape the penalty of sin and inherit salvation and eternal life – as a free gift, by His grace, through our faith in His Son Jesus. Someday soon, we will be finally delivered of even the temptation to sin. That is something to look forward to. AmenΩ

Note: For more information we would recommend, From Queer to Christ: My Journey into the Light by George Carneal.