Education and Safeguarding our Children 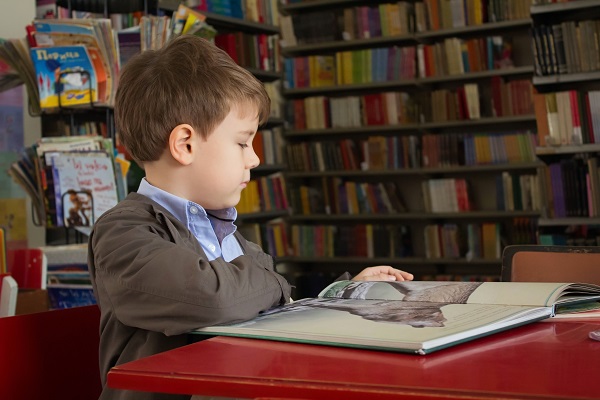 Photo by Anita Jankovic on Unsplash

In the late 19th Century there was concern over “inroads of secularization in higher education and as a base for the education of lay workers and full-time Bible teachers, evangelists, and pastors.”1“Bible college” The main concern for parents then was how they could protect their children while ensuring them a good higher education? The other concern was for the sound biblical education of Christian workers, both lay and pastoral. The solution became the Bible College Movement, and between “1882 and 1920, 39 Bible schools were founded in the United States.” 2“Bible college In North America that number has now grown to over 1,200. 3“Bible college” Sadly though, as we look at the current state of many if not most of these institutions, as well as the state of the church, we must acknowledge that Bible schools have fallen prey to many of the same issues and teachings, and in some cases worse teachings, than the institutions Christians were originally fleeing from.

Trusting parents send their near-adult son or daughter off to a well-established, high profile Christian institution and they return practicing “Christianized” Eastern mysticism and embracing the idea that all religions have the core truth about God. How did this happen? Well, parents believed the institutions were safe places where their offspring would be protected from false ideas, and never gave a thought to the need to “trust but verify,” to quote the late Ronald Reagan. Theologically sound parents, and many of their home churches, were not holding the educators accountable to carefully present the truth of the Bible, and it probably never crossed their minds that they needed to. What happens when pastors and teachers are educated in a Bible school that has in many ways abandoned Biblical teaching? They go on to pastor and teach in churches, of course. How can churches hold the line against heresy in these situations? It is a very serious problem.

But the problems in the schools of higher learning of yesteryear first trickled – then flooded – down to the elementary and high schools of today. In the mid-20th Century the US government mandated public school.4For a brief history see, “Compulsory public education in the United States” In the 1960s and 70s, Christian parents were growing very concerned about government controlled education and the secular school system undermining the faith they as parents were passing on to their children. Some began to call for a return to the homeschooling practices of earlier generations. They, like the parents of college students in the 19th and early 20th Century, wanted their kids to be well educated in a safe environment, one which upheld Christian values and teaching without the pollution of secularism, paganism and sexual indoctrination being foisted on a child without the parent’s knowledge. Quite a number of parents pulled their kids from public schools and invested themselves deeply in educating their own children. Parents who kept their children in the public schools needed to be especially vigilant concerning what their children were being taught, because, invariably the schools did teach things that presented serious challenges to the faith, and parents were responsible to correct that, and foster discernment in their children. Safeguarding children while they are being educated, whether home-schooled or public schooled, is an important responsibility and should not be taken lightly. Unfortunately, public schools have grown far more intent on propagandizing children away from their faith as time marched on.

With coronavirus keeping children home from public schools around the world, a growing coalition of Christians and conservatives is working to make sure that once the crisis is over, millions of children never go back. Instead, the coalition, known as Public School Exit (PSE), hopes to facilitate a massive exodus into the safe sanctuary of homeschooling and high-quality private schools.5 Amid Coronavirus, Movement for Public School Exit Grows

As we have noted, it is for valid reasons that Christian homeschooling advocates are working to persuade parents to shift from public education to “homeschooling and high-quality private schools.” They are regarded as a “safe sanctuary.” Although we know there are still good teachers in the public schools, public school has become one of the main tools used to transform culture away from Judeo/Christian morals, ethics, and beliefs. Besides teaching blatant immorality as a positive thing, schools are also bent on educating “Americanism” out of children and supplanting that with globalist thinking. People who do not have children in the public-school system, or are not paying attention, might be shocked at what the kids are “learning.” Besides that, we have seen some particularly good things coming out of the homeschool and private Christian school movement.

Oddly enough though, the week after Alex Newman’s article was published and we cited it in our Crux email, a homeschooler posted an advertisement by a Christian homeschool podcaster on the Facebook page of Marcia Montenegro, our co-author of Richard Rohr and the Enneagram Secret. Since Marcia’s page is unrelated to homeschooling, why was an ad by a homeschool podcaster posted there? It was a promotion for “Your Homeschool and the Enneagram With Sherri Lund” being promoted on Lynna Sutherland’s crowdcast, “Live Without Training Wheels.”

Thinking Lynna may simply be unaware of the pagan occultic roots, heretical theology of the Enneagram and, Marcia commented on Lynna’s site (which Marcia posted on her FB page). Lynna’s first response to Marcia was:

“I know not everyone is comfortable with the Enneagram”

Marcia then provided a short overview of the origins, problems, and lack of validity of the Enneagram. Part of Lynna’s response should be a blinking red warning light that this homeschooling resource is not safe:

I understand that for some, the pagan ideas woven into some streams of the Enneagram teaching mean they are not comfortable making use of that information in any way, just as some Christians are not comfortable with any version of Yoga or observing Christmas because of their pagan connections”

The inclusion of Christmas as having pagan connections demonstrates a lack of knowledge of Church history, but that is not uncommon.6See “Christmas is not Pagan”  Why someone would be “comfortable” with including “pagan ideas woven into some streams of the Enneagram?” In a recent interview with Doreen Virtue we demonstrated “Why the Enneagram is a dangerous new age tool.” How someone claiming to be a Christian can be comfortable with occultism, Eastern mysticism, and its practices, is beyond our understanding (How much rat poison can someone safely ingest?). Introducing these beliefs and practices to unwary homeschoolers and their children seems unconscionable.

As the day wore on, concerned homeschoolers began looking at the various homeschooling resources with a new eye. It sadly appears that, like the Covid virus, the spiritual virus of the Enneagram is sweeping through the homeschool population. Here is what these discerning homeschoolers discovered in their search. They found and sent us “Homeschool Curriculum Choices Based on Your Enneagram Type,” at Living Well & Learning Well with Alicia Hutchinson. We were also sent, “Enneagram for the Homeschool Mama” and “April: Discover your Enneagram!” both by Beautiful Feet Books. When one of the homeschooling moms who uses their material emailed the publisher asking for an explanation, she said she received a response which unfortunately included:

Just how deep the infiltration into the homeschooling movement goes is unknown at this point. We have been in discussion with Alex Newman and our friend, podcaster and homeschooling mom, Karen Campbell, “That Mom.” They are both trying to alert homeschooling leaders, but Karen at least has been discovering the Enneagram is also in the churches of some of those leaders.

Homeschool should be a safe environment for the children. Many parents do not have the biblical training to catch heresies of this nature and have placed their trust in those who operate within what Alex Newman called a “safe sanctuary.” But no sanctuary can or will remain safe unless someone is guarding the door.

The Apostle Paul called for the Ephesian Elders to constantly perform boundary maintenance in Acts 20:28-31:

Pay careful attention to yourselves and to all the flock, in which the Holy Spirit has made you overseers, to care for the church of God, which he obtained with his own blood. I know that after my departure fierce wolves will come in among you, not sparing the flock; and from among your own selves will arise men speaking twisted things, to draw away the disciples after them. Therefore, be alert, remembering that for three years I did not cease night or day to admonish every one with tears.

Christian leaders are to zealously guard the perimeter to prevent wolves from coming in from the outside. They must also watch for signs of infection within the flock and keep the infected from spreading the virus to others. Christians are like most human beings in that they address what they identify as a problem, and then turn their attention elsewhere. But without attention, things can deteriorate very quickly. The march of evil in this world is relentless, so we can never turn away from our essential responsibility to counter false teaching within and outside of the church.

The homeschooling movement is not a church per se, but it is obvious that it needs gate keepers also, trained in discernment and willing to stand up and protect. Otherwise the “sanctuary” of homeschooling is no true sanctuary at all. If Christians do not have the will or the courage to address false teaching within the Body of Christ, we probably lose the right to address false teaching outside the church, like, for example, in the public schools. (For more information on the origins, teachers and theology of the Enneagram see Richard Rohr and the Enneagram Secret)Ω