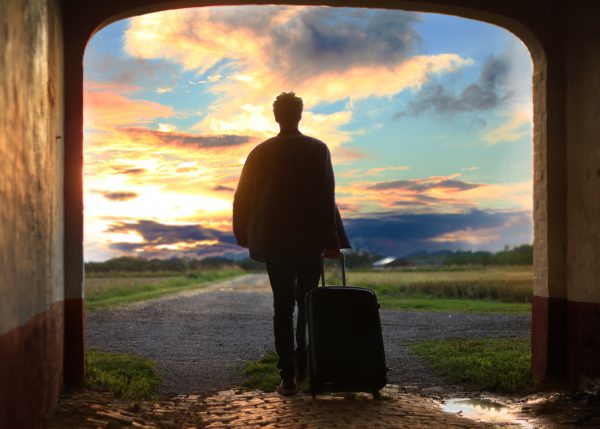 Photo by Mantas Hesthaven on Unsplash

The story is told of a young pastor who developed a series of talks titled, “The Ten Commandments of Child Raising,” which was a big hit – making him a much sought after speaker. By and by he and his wife had children of their own, and after a while he retitled the series to “The Ten Suggestions of Child Raising.” It was less popular but still in some demand. When his children grew into their teen years, without explanation the pastor dropped the series altogether. Hmmmmmm.

Although our intentions might be very good, very often life comes along and smacks us right up against the wall of reality. Perhaps that is what we are witnessing with Joshua Harris, author of the 1997 book, I Kissed Dating Goodbye. We have no reason to doubt his good intentions. Harris certainly seemed committed to sexual purity and high moral commitment. He portrayed himself as someone who was frustrated by what he saw in the “secular dating scene.” For many, his book became the “Bible” of how to meet and secure a spouse God’s way. As popular as the book was, selling in excess of 1 million copies, very few of the ideas were original with him. He was the product of a patriarchal/authoritarian Christian subculture which was strongly influenced by Bill Gothard, Jonathan Lindvall, Joshua’s father Gregg Harris, and others. (A guest writer contributed The (No) Dating Game to a 1996 issue of our MCOI Journal addressing the problematical issues with Gothard/Lindvall on their views in the area of “courtship.”) Joshua Harris went on to pastor under yet another authoritarian, C.J. Mahaney at Sovereign Grace Ministries.

Spring forward 20 years when he seemingly began publicly apologizing for the detrimental effects his book had on lots of people. According to Wikipedia, “During a 2017 TED talk, Harris said his greatest regret about the book was him transferring his fears into the book.” Joshua Harris has been living and swimming in the same theological authoritarian culture which Bill Gothard and others had fostered.

Harris recently announced he and his wife are separating – and subsequently publicly declared he is questioning his faith. Why? The progressive publication, Sojourners, did an interview with Joshua Harris in February which they recently published at approximately the same time he announced his marital separation. The beginning paragraphs of Sojourners article, Questioning Faith After Purity Culture: In Conversation with Joshua Harris are helpful to understand what happened to Joshua:

In February, I spoke with Harris for a story on the recent public rejection of purity culture and the journey to find what comes next. Harris wrote I Kissed Dating Goodbye at the age of 21 and married at 24. Now 44, after leaving the pastorate, Harris discussed what led him to call for an end to his book printings and his own journey from the unquestioning faith of his youth.

Joshua left “the unquestioning faith of his youth.” But here is a question that begs to be asked, and might be helpful for Joshua Harris to ask himself: Was it the historic biblical faith he left, or another faith that was passed off to him as the truth of scripture? Harris’s teaching is actually a heretical view which Tyler O’Neil dubbed, “the sexual prosperity gospel” in his article, Josh Harris Kisses Christianity Goodbye. O’Neil goes on to outline the premise of “the sexual prosperity gospel”:

Harris’s book and others like them were part of a “sexual prosperity gospel.” Prosperity gospel huxsters [sic] preach that if you have faith in God and pray, then God will reward you in this life with health, wealth, and prosperity. This dangerous message also has a tragic corollary — if you get sick and don’t recover or if you become poor, that means your faith was lacking.

“I have undergone a massive shift in regard to my faith in Jesus. The popular phrase for this is ‘deconstruction,’ the biblical phrase is ‘falling away.’ By all the measurements that I have for defining a Christian, I am not a Christian.

It may well be that he is not a Christian we can’t know his heart, but we ask again – is the faith he is “falling away” from the historic biblical faith or a heretical one? The Apostle Paul said it was very possible for people to follow “another Jesus” and “another gospel” than the one he preached to them. They could also follow after a “different spirit.” (2 Corinthians 11:4) So, was Harris truly following the prosperity gospel of legalism and not true Christianity at all? Had he accepted another gospel – a cause and effect-based faith where the “believer” has a relationship with his authorities, along with steps, principles, and do’s and don’ts – rather than with the person of Jesus Christ? Our Lord spoke to a group very like this in John 5:39-40:

You search the Scriptures because you think that in them you have eternal life; and it is they that bear witness about me, yet you refuse to come to me that you may have life.

We cannot know Joshua Harris’ standing before God, and that’s not our place anyway. He could use our prayers. We cannot know his heart, but we at MCOI have seen the great spiritual wreckage in the lives of many people who have been in these types of authoritarian groups after they leave. To former Gothardites we have had to say, “Just because God and Gothard both begin with “Go” and end in “D” doesn’t mean they are the same personage.

It is sad. A very high percentage of people who have been raised in these groups or similarly legalistic churches walk away from faith in God altogether. Christianity didn’t “work” for them, they reason. Many become agnostic, often angry agnostics, while quite a few gravitate to New Age beliefs where they just throw out or severely downgrade the scriptures and create a kind of self-worshipping, “anything-goes faith” which reflects ideas they may have picked up in best-selling books, lectures, or heard on Oprah. They feel that God will just have to take them on their own terms. That path won’t work either. We are the ones who have to take God on His terms.

But there is another way you can take – you can embrace grace. Yes, there is a right and wrong – we all know that is true – and we all will face a reckoning with God someday. And yes, you (and me) are hopeless to live up to God’s standard of righteousness, and helpless to do anything about it. But God has made a way for us to become His very own precious children, based upon Jesus’ righteous life and sacrifice on the cross. He lived a perfect life on our behalf and paid our debt of sin in full. Rules keeping and/or staying under a so-called authority will not save you, nor make you righteous in this life, and certainly will not guarantee you prosperity. Your part is placing your trust in Jesus Christ and accepting God’s GRACE, His unmerited favor. You can reject the false faith that led you to despair and come to the true saving faith and a personal relationship with God.