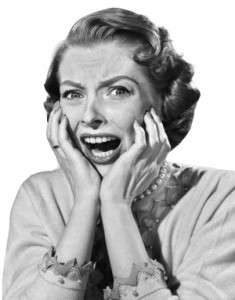 There are some things that really scare me: driving in Chicago or Atlanta, snakes, and prostate cancer. But you know what really chills my bones? College students. I should amend that. I teach college students all day, everyday. Most are bright and respectful. A precious few are bright, respectful and industrious. No, what scares me are bright, industrious, Ivy league student activists. They send chills down my spine.

The main reason for this is that they will be the movers, shakers, and narrative makers of the next generation–the one in which I will be seeking a nursing home. They will be the alumnae of those same ivy league schools that you hope your kids get into. And they will exercise and illustrate the golden rule of arts and sciences: “He who has the gold, makes the rules.”

And the rules they will insist on make me shudder like my 10th-grade self reading Stephen King for the first time.

Don’t misunderstand me. This isn’t a rant about the next generation liberal ideas and how I disagree with them. This isn’t a this-generation-doesn’t-respect-our-values sort of rant.

It is much scarier than that.

This is a generation that is at war with the very idea of disagreement. Daring to say something they don’t like will not be met with disagreement, but rather with a charge that you and your ideas are unsafe.

Unsafe–not wrong or misguided or even false. Just unsafe. Here’s what I mean:

Julie Shulevitz, columnist at the New York Times, writes about the new trend to insulate elite college students from scary ideas by claiming such ideas create a hostile environment and invalidate the experiences of students.This is much worse than the tales you have heard about college students protesting commencement speakers so much that graduation season has turned into “dis-invitation” season. As Shulevitz puts it:

I’m old enough to remember a time when college students objected to providing a platform to certain speakers because they were deemed politically unacceptable. Now students worry whether acts of speech or pieces of writing may put them in emotional peril.

Case in point: At prestigious Brown University, a debate was planned about sexual assault regulations on campus between a well-known feminist who argues we live in a “rape culture” and a feminist libertarian who disagrees with the usage of that term. One of those bright Brown students exclaimed: “Bringing in a speaker like that could serve to invalidate people’s experiences. . . It could be damaging.”

Damaging. not wrong or even ridiculous, but damaging.

Brown’s president, Christina H. Paxson, announced that the university would hold a simultaneous, competing talk to provide “research and facts” about “the role of culture in sexual assault.”

I have no doubt that survivors of rape on that campus may have a hard time hearing that debate. It might bring back painful memories and shame. However, there is something terrifying about deeming any idea, any discussion about serious topics damaging so that it is out of bounds for discussion. Note also that if the feminist had simply given a talk without an opponent there would not have been all this worry about emotional trauma. Otherwise, we’d have to worry just as much about the competing “facts-based talk.” It was the inclusion of someone who disagreed with the concept of “rape culture” who set off emotional ambulance chasers. As if rape survivors, poor damaged things, could never separate their experience from an intellectual and sociological discussion of rape on college campuses. No, the only remedy for such trauma is a safe space where only safe words are used:

Meanwhile, student volunteers put up posters advertising that a “safe space” would be available for anyone who found the debate too upsetting.

This safe space would be soothing and include, “cookies, coloring books, bubbles, Play-Doh, calming music, pillows, blankets and a video of frolicking puppies, as well as students and staff members trained to deal with trauma.” One student rape survivor said she was glad for the safe haven from the emotional trauma of the debate. “I was feeling bombarded by a lot of viewpoints that really go against my dearly and closely held beliefs,” Ms. Hall said. 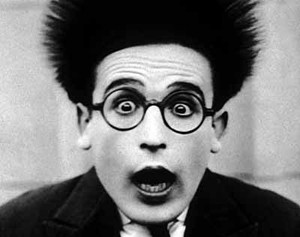 It wasn’t the reminder of her experience of rape that was traumatizing, it was the trauma of viewpoints different than hers. This is post-modern culture eating its own young. Students have so absorbed the narrative of ideas being unsafe that even being exposed to contrary viewpoints is a harm to them.

At Oxford University’s Christ Church college, an abortion debate was cancelled because feminists complained that both debaters were men. However what should really scare you what the treasurer of Christ Church’s student union said:

“I’m relieved the censors have made this decision,” said the treasurer of Christ Church’s student union, who had pressed for the cancellation. “It clearly makes the most sense for the safety — both physical and mental — of the students who live and work in Christ Church.”

Shulevitz does explain that some of this hypochondria may be tactical. Freedom of Speech is on the side of the speakers. As the Foundation for Individual Rights in Education has proved time and again, if student pressure universities to censor ideas, the cases will die quick and quiet in the courts. However, if the censorship is on the grounds of psychological trauma, the universities are charged in Title VII and Title IX of the civil rights act, to prevent a hostile environment. So students who claim emotional trauma will be more likely to grease the wheels of power than those who seek censorship on ideological grounds.

We are watching a viral mutation of democratic dialogue before our eyes. Just last year, a Harvard student proposed that we trade academic freedom for a little “academic justice” and censor any research deemed “oppressive.” Now we are asked to trade justice for health. And who can argue with an injured person?

What scares me is that this is the death of rational inquiry and by extension the death of public discourse. Can we imagine a generation who react to our even attempting to share the Christian worldview not with anger or indifference but with the protestations of the injured. And if our Christian ideas are injurious, then its only a short leap over the First Amendment to say as a matter of public safety, there should be no public dissemination of them..

Shulevitz sees the writing on the wall. “Once you designate some spaces as safe, you imply that the rest are unsafe. It follows that they should be made safer.”