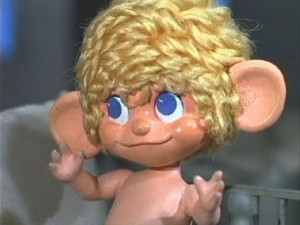 Now be honest how many of you remember this little guy? Need a hint? How about this one:

Its baby new year from the 1976 animated special, “Rudolph’s Shiny New Year” My children saw this for the first time this year. The kid with the enormous ears is baby new year. Rudolph and a whole cast of misfits (but not misfit toys, that’s the previous 1964 special “Rudolph the Red Nose Reindeer” –common mistake) must help get baby new year to Father Time’s castle before the stroke of midnight New Years Eve. The little guy is understandably self-conscious about his ears, thinking himself quite ugly and running away from his role as the new year. Don’t worry Rudolph helps the little guy see that his ears are an asset not a liability much like Rudolph’s own <ahem> nasal challenges.

I did some searching and found that this idea of the new year as a baby goes back much farther than the NBC animated specials.

The myth most associated with him is that he is a baby at the beginning of his year, but Baby New Year quickly ages until he is elderly (like Father Time, with whom he is often associated) at the end of his year. Very rarely is the Baby New Year depicted as any age other than a baby or as a very old man. Some stories, especially those with depictions of years past, will have him bear a strong likeness to key events in his time.

Imagine its true that this year, now old and decrepit, would bear strong likeness to the key events of the past year. What would this old year look like? Would it look like its celebrities: 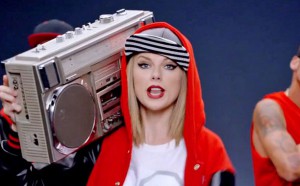 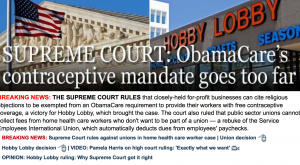 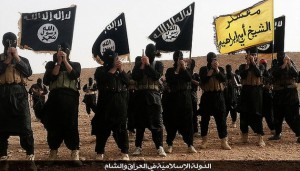 We’ve had a good year here at MCOI. We got a new website. Don Veinot got to go to Singapore to help a church cope with the bad theology of Bill Gothard.

and sampled some world cuisine:

In other news, the man behind the curtain resigned from the Institutes for Basic Life Principles in sexual scandal but like the proverbial hydra started a new ministry a few months later. Don asked the question many of us are asking: (from “Bill Gothard: Deja Vu All Over Again“)

Since Bill Gothard has lived unaccountably for decades and is unrepentant for his lack of integrity and moral lapses, on what basis would anyone view him as now qualified to lead or begin a new ministry, especially one about accountability? I am not saying Bill Gothard would never be qualified to be in or lead a ministry. As I have said in the past, the message of the Christian faith is repentance, forgiveness and restoration. However, the first hurdle must be crossed, repentance. Sadly, that is the one Bill Gothard continues to refuse to do.

Of course, Don also waxed poetic about our political culture. Reminding us of atheist H.L. Menken’s prediction that the state of the White House would mirror the soul of the nation. Menken was sure that meant the country would be run by morons. Don was slightly more circumspect: (from “A Moron in the White House?”)

Like ancient Israel, our nation has abandoned God. In addition, we have largely abandoned the Constitution. As a result, the elected leaders have abandoned the role of being servant and instead have become task masters using the citizens to feed and provide for the demands of the ever growing and voracious government. Have Mencken’s observations of human nature and predictions regarding the future of the presidency come to pass? Perhaps, but it would only confirm something with Scripture demonstrated several thousand years ago.

Not bad for a guy typing on his laptop while bouncing in the back of semi somewhere between the Midwest and California.

As for me, dear reader, I had a baby on Christmas eve (well my wife really did all the work). 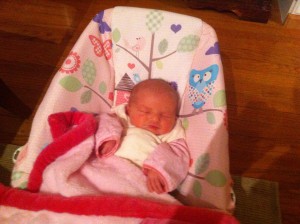 Caroline was born on Christmas eve. Nothing else that happened this year comes close.

Thus toleration is broadened from non-interference in one’s actions to requiring religious people to be complicit in the beliefs of others. In essence [Contraception Mandate] requires religious people to simply act like non-religious people in public.  It is as if commerce is secular a game and if you enter the game you must play by the rules. Which rules exactly? The rules of free enterprise where people are welcome to vote with their feet if they don’t like something? The rules of business law which the Supreme Court just upheld? Or some quasi-mystical state version in-between? By the way, before the Affordable Healthcare Act, this was not a problem. At the risk of going all school-yard: Hey, you guys started it.

We also coined (as far as I know) a new phrase “Prophetic Minority.” American Biblical Christianity is no longer a moral majority. What it will become now is, of course, in God’s hands but I suggested it might want to reassess its role in culture as the grumpy pastor: (from “Profaning the Sacred”)

My reasons for this are partly virtue driven and partly pragmatic. To put it bluntly I worry that Christians grow fond of the battle for cultural standing. One cannot stay in battle mode without being changed. I worry that Tony Perkins’ hyperbolic worries about gays putting Christians in re-education camps is a symptom of profound PTSD from the front lines of the culture war. We are scared of our eroding place in society. We are angry out the double standards and the incremental tyranny both social and legal. My point is that we must reassess how to war against principalities and powers. We are clearly in a battle, I’m worried that we have begun to think we have to conquer. Pragmatically, dissent tactics don’t seem to be winning others to the Gospel.

They know we hate the sin. We’ve communicated that in spades. They haven’t forgotten. However, when did we start to think that was the only element of the Gospel? When did we become so entrenched as to think this sin should be singled out?  Maybe our full-throated denunciation is really about the fact that the world seeks to marginalize us. We hold up signs to say, “See we’re still here. We don’t care that you don’t like us. We will speak up.” I understand that sentiment. I even feel the urge to say, “Yeah. You can’t silence us.” But then I realize that I might need to take that attitude to the cross because my calling is not to make my voice heard. My calling is to make the Gospel heard. Second it will take sacrifice to reach out to people radically different than us and love them fiercely and insanely. Readers of this blog have the paradigm for this. How do we treat Jehovah’s Witnesses and Mormons? Do we simply remind them they are sinners and going to hell? Do we confront Jehovah’s witnesses with signs that say “Jesus is not an Archangel. Repent!” and expect them to change their mind? Or do we get to know them and invest time in them and provide safe places for them. And when we have done that first, then we win the right to share the gospel. What would happen if we treated gay people like we treat those we have deeply profound theological disagreements?

What if? A good way to begin the new year–with possibility. May God’s grace fill us this new year.