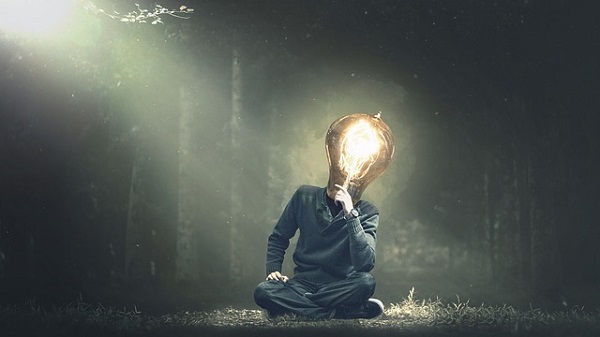 Image by David from Pixabay

In the November 24, 2022 issue of MCOI’s E-Letter The Crux, under the heading of “The Deity of Christ Throughout Scripture,” Don points us to Kaspars Ozolins’ article in the Proclamation! Online Magazine, “How the Little Book of Jude Refutes Adventism.” In that article, Ozolins writes:

For in the incarnation, the Lord Jesus Christ took on a human nature, in addition to his eternal divine nature….

When we say that Christ has two natures (human and divine), we must also say that all of the divine attributes of God are present in the man Jesus Christ….

So far, I find myself in full agreement with Ozolins’ clear statement of orthodox Christian theology. But then his analysis takes a turn which is built upon a somewhat shakier foundation:

This is an idea that is a necessary consequence of reading Scripture faithfully and, in particular, the book of Jude, especially the fifth verse, as I will now argue.

A glance at a number of English Bible translations reveals a significant discrepancy in this verse. For example, the old 1611 KJV reads as follows: “I will therefore put you in remembrance, though ye once knew this, how that the Lord, having saved the people out of the land of Egypt, afterward destroyed them that believed not.” The King James, following the more limited selection of Greek manuscripts available to scholars at the time, reads “Lord” here. But the much more recent ESV has a very different reading: “Now I want to remind you, although you once fully knew it, that Jesus, who saved a people out of the land of Egypt, afterward destroyed those who did not believe.” This is almost certainly the better reading, as it is based on the earliest and best witnesses to which we have access now. The difference between the two readings is a single letter (Greek KC ‘Lord’ vs. IC ‘Jesus’) since Christian manuscripts always abbreviated these two words.

For example, if I stand up in court and testify, “Jesus is God,” I am one witness. If you then stand up and testify, “The Lord is God,” you are a second witness.  Whether or not our two testimonies mean the same thing theologically is an important question. But, in either case, it’s clear that we didn’t use exactly the same words.

Of the 562 total manuscripts we have that include Jude, 22 of them show “Jesus” in verse 5, two of them are missing this part of verse 5, and the rest of them show “Lord.”1See Wasserman, Tommy. The Epistle of Jude: It’s Text and Transmission. 2006. Stockholm: Almqvist & Wiksell International, page 148.

Whether or not a few early witnesses outweigh the testimony of a myriad of more recent witnesses is a question that textual critics have been discussing for hundreds of years.

The witnesses can also reveal and give insights into what was going on in the church at the time they were copied. “Manuscript Witnesses Are Not a Special Species of Historical Witness” points out:

Finally, it is widely held that each manuscript in addition to being a record of this or that NT text it is also a witness to the time in which it was written and specifically a witness to the beliefs of the Church at that time. In this sense the manuscript is the same kind of witness as a theological treatise. They are both written and tell the story of the beliefs of the Chruch [sic] at that epoch in time. So just as age of a theological witness is not a prime factor in its truth so too the age of a manuscript is not a prime factor in determining its reliability.

The decision by translators to change the word from “Lord” to “Jesus” was not based upon newer and better witnesses at all. Instead, it was based on a new way of looking at the exact same witnesses.

The same “earliest and best” witnesses led the textual critics to select “Lord” for Jude 5 in the 1993 NA27 edition of Novum Testamentum Graece,2The “Overview” description notes, “Sometimes referred to as the “critical text” or the “eastern manuscript tradition” this is the Greek text most widely used today. It is the basis for nearly every modern Bible translation in the past one hundred years.” also led the textual critics to select “Jesus” in the 2012 NA28 edition. It is important to note no newer manuscripts of Jude were discovered between 1993 and 2012. The textual critics just looked at exactly the same data in a different way and came to a different conclusion.

What I want to stress here is that the Bible provides many rock-solid proofs that Jesus is God. We shouldn’t try to build a major argument on a very weak and vacillating foundation like a text-critical choice between two words in Jude 5.

Don’t feel bad, though. It seems to have resulted in a similar misimpression on the parts of such august theologians as Bill Mounce and Wayne Grudem as well.4“Jesus is Back in Jude,” Bill Mounce; Saturday, November 17, 2012, accessed 12-8-2022

The new way of looking at the data is called the “Coherence-Based Genealogical Method” (CBGM), described by Peter Gurry, one of the method’s architects:

So here is my one-sentence description: the CBGM is a new set of computer-based tools for studying a new set of text-critical evidence based on a new principle for relating texts.5“The CBGM in One (!) Sentence,” Peter Gurry; January 11, 2017, accessed 12-8-2022

Loosely speaking, it’s a method to help you decide which manuscript was copied from which other manuscript.

NA28, in turn, was based upon the 2014 Second Edition of the Editio Critica Maior of the Catholic Epistles (ECM2). No, that’s not a mistake – the ECM2 and NA28 were being developed at the same time. The NA28 was published first in 2012, but the ECM2 was not actually in print until 2014. The textual critics at the Institute for New Testament Textual Research (INTF) used the CBGM in the ECM2 development. It resulted in a total of 34 changes from NA27 to NA28. One of those changes was in Jude 5 from “Lord” in NA27 to “Jesus” in NA28.

In all this, it’s important to remember that the CBGM is just a guide and a tool. Ultimately, it is the textual critics who decide the final wording based on external and internal manuscript characteristics. They were ultimately responsible before the CBGM, and they’re still responsible even while using the CBGM. The CBGM is thus just another guideline.

The New International Version (NIV) was originally published in 1973 and uses “the Lord” in Jude 5 and this continued in the 1984 and 2011 editions.

Uncial7“Uncial is a majuscule script (written entirely in capital letters) commonly used from the 4th to 8th centuries AD by Latin and Greek scribes. Uncial letters were used to write Greek and Latin, as well as Gothic and Coptic.” Quoted from Wikipedia “Uncial script” 0251, cited in the NA27 list but not in the NA28 list, is from the 6th century A.D.

Conversely, these nine oldest manuscripts (mss) are cited in both lists:

Of particular interest to our discussion here, in the two oldest witnesses (from the 3rd/4th century), we find;

Also of interest is that while NA27 consistently cited twelve witnesses in Jude and NA28 cited twenty-six, the developers of ECM2 considered 112 manuscript witnesses.

Of even greater interest is the fact that Tommy Wasserman, quite possibly the world’s foremost authority on the Book of Jude today, collated the 562 extant manuscript witnesses to Jude, applied the CBGM, and thereupon decided to break from ECM2’s choice and go back to using “Lord” in Jude 5.8See Wasserman, op. cit.

M. David (Dave) Johnson retired in 2007 after 30 years as an electrical engineer, followed by ten years as a computer consultant. He holds a Certificate of Graduation from Moody Bible Institute and is currently studying (slowly) towards a Master of Divinity degree from the Log College and Seminary. His areas of special interest include prayer; missions; the Books of John, Romans, Philemon, and Jude; and New Testament Textual Criticism. He and his wife Heather are the parents of two adult children; Stephen Johnson and Stephanie Potts; and they are also the grandparents of five grandchildren, ranging in age from 8 to 16. Dave also publishes free resources for pastors and missionaries who may not have access to libraries elsewhere. See his website Theology From Below.