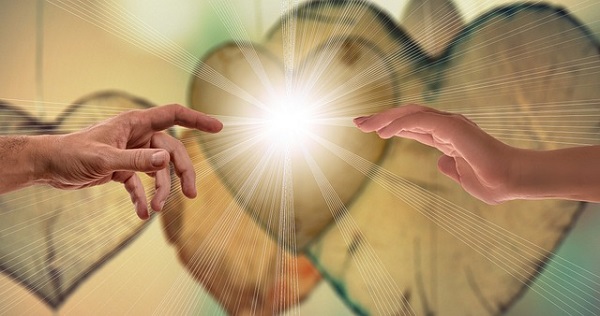 I have always thought of Christmas time, when it has come round—apart from the veneration due to its sacred name and origin, if anything belonging to it can be apart from that—as a good time; a kind, forgiving, charitable, pleasant time; the only time I know of, in the long calendar of the year, when men and women seem by one consent to open their shut-up hearts freely, and to think of people below them as if they really were fellow-passengers to the grave, and not another race of creatures bound on other journeys.1The words of Ebenezer Scrooge’s Nephew in Charles Dickens’, A Christmas Carol Stave 1

Of these aspects of Dickens’s Jesus, the third is especially convincing. A Jesus who was a great teacher and moral example of a righteous life fits best with Dickens’s personal aspirations to virtue and particularly with the kind of social vision he portrays in his novels. If we accept that Christianity animated Dickens’s imagination, it is not hard to see Christ-like virtue in many characters, such as Little Nell of The Old Curiosity Shop or Mr. Wemmick in Great Expectations. But it is difficult to find much that is explicitly Christian in Dickens’s novels except when he is criticizing religion gone awry. ”3“God and Charles Dickens: Recovering the Christian Voice of a Classic Author,” Reviewed by Charles Andrews, English, Whitworth University; July 15, 2013; accessed 12/4/2022

It is unfortunate that, although Dickens’ stories are feel-good morality tales of virtue and redemption, they leave the reader with the impression that our behavior and meritoriousness deliver us from unrighteousness to righteousness. It is but a small step then to embracing the idea of self-redemption before God based on our behavior and good works. This view would be in keeping with the Anglican Church’s teaching in Dickens’ Day:

Eighteen Century Studies continues this tradition, pointing out the moralistic theology of Anglican divines, from John Tillotson to Thomas Wilson. At the core of this argument is the insistence that Anglican soteriology of the period espoused a doctrine of conditional salvation. The necessary conditions for salvation, in Scholtz’s view, are the completion of good works in order to merit God’s forgiveness.4Cornwall, Robert D. “The Church and Salvation: An Early Eighteenth-Century High Church Anglican Perspective.” Anglican and Episcopal History 62, no. 2 (1993): 175–91; accessed 12/4/2022

This is not all that different than the Scribes and Pharisees who trusted in their personal piety and good works in the days when Jesus walked among them.

Earning salvation by one’s meritorious acts may, in fact, be the most popular view of redemption and salvation in the West today. The idea of earning redemption from God (or, to some, from the “Universe”) by being a “good person” is especially appealing because everyone can define what a “good person” is for themselves, which leaves a lot of leeway. Most people can convince themselves they are “a good person” by comparing themselves to the obviously monstrous in our midst – the John Gacys, the Hitlers, politicians from an opposing party, etc.  But God’s standard of holiness is Jesus Christ. How does an individual’s righteousness compare to the perfection of Jesus? People reject that thought because NO ONE, of course, could meet that standard, or even come close, which is why we need Jesus to purchase salvation for us and imparts His righteousness to us as a gift. That IS the gospel, of course, but is quite a difficult truth for self-righteous people to swallow.

Recently, we were asked if the story Jesus told of the rich man and Lazarus (Luke 16:19-31) is teaching about purgatory – did Jesus teach that Lazarus earned God’s favor by being a relatively good person in contrast to the very bad greedy rich man, who had to suffer horribly for his sins? The short answer is no. Even those who believe in purgatory, like Catholic Productions state:

Did Jesus himself ever teach about Purgatory? For many readers of the Bible—Catholic and otherwise—the answer to this question would be ‘No.’

Others ask if the parable Jesus gave of the rich man and Lazarus is about real people, or is it merely metaphorical? It is an important question in the sense that if it is about actual people, it implicitly demonstrates that the human spirit continues to consciously exist after we breathe our last. However, in a sense, the answer to that question is secondary. Jesus told the story as part of a longer discussion to make a bigger point.

Luke 16 follows on the heels of chapter 15 which begins with:

And the Pharisees and the scribes grumbled, saying, “This man receives sinners and eats with them” (Luke 15:2)

We will return to Luke chapter 15 shortly to address some questions, but there is a theme running through these two connected chapters (remember, there were no chapter breaks in the original manuscript). The self-righteous Pharisees vented their ire at Jesus, Who spent time with “sinners.” The Scribes and Pharisees saw themselves as morally virtuous, unlike the tainted “sinners” with whom Jesus shared meals. (You may recall the story Jesus told of the Pharisee and the tax collector in Luke 18:9-14).

In chapter 16:1-16 Jesus taught the disciples, in the hearing of the Pharisees (16:14), about the importance of what someone devotes themselves to or is invested in. His point was that people could not serve God and their own self-interest at the same time. He concluded with the uncomfortable truth that although they had the Law and the Prophets, they were trying to make their own way into heaven. After His statement on divorce and remarriage (16:18) He transitions to the story of the rich man and Lazarus. In it, He describes the difference between the world’s riches, which the Scribes and Pharisees were most invested in, vs. the riches God provides to those that are His. The story Jesus told ends with the rich man’s desperate realization that his brothers don’t know where their current path is taking them. He begs Abraham – who was giving comfort to Lazarus – to send someone to warn them:

“And he said, ‘Then I beg you, father, to send him (Lazarus) to my father’s house— for I have five brothers—so that he may warn them, lest they also come into this place of torment.’ But Abraham said, ‘They have Moses and the Prophets; let them hear them.’ And he said, ‘No, father Abraham, but if someone goes to them from the dead, they will repent.’ He said to him, ‘If they do not hear Moses and the Prophets, neither will they be convinced if someone should rise from the dead.’” (Luke 16:27-31)

In A Christmas Carol, the spirit of Jacob Marley had the opportunity to appear and warn Ebenezer Scrooge where his unrighteous path was taking him, but the reality is, as Abraham pointed out, the rich man’s brothers already have the warning but are ignoring it and would continue to do so even if someone was raised from the dead. This was Jesus both warning the Scribes and Pharisees and predicting their response of rejecting the Lord even after He resurrected Himself.

As we mentioned earlier, this “teaching moment,” if you will, started with Luke 15:2 – and these two chapters (15 and 16) are tied together with a unifying theme:

“And the Pharisees and the scribes grumbled, saying, “This man receives sinners and eats with them.”

Everything that follows can be summed up with this truth – people, even those we would scorn as worthless, matter greatly to God.

The first parable (Luke 15:3-7) used the example of a lost sheep, which to the listeners would be valuable. The Lord’s point? A repentant sinner is at least as valuable, if not more valuable, to God.

The second parable (Luke 15:8-10) was about a lost coin. He was speaking to those who considered money more valuable than “sinners,” and yet again, Jesus pokes them in the eye with how very much it means to God when a sinner repents.

In the last one (Luke 15:11-32), we read of an unrighteous and vastly ungrateful son that chose to separate from his father to sow some wild oats. To the father in the story, the son’s desperate return depicted a beloved son who “was dead, and is alive again; he was lost, and is found.’ And they began to celebrate.” We all know that the elder son was furious by his father’s great joy at his younger son’s return. In the elder son’s eyes, he was a far better son who completely deserved his father’s love and blessing, while the “horrible” younger son deserved not pity but only scorn and utter rejection.

The Father, of course, represents God and the entire story is a poke against the self-righteous Scribes and Pharisees. They would have been outraged at the son in the story demanding his inheritance. Such a thing would have been analogous to the younger brother saying his father was “dead to him” since a son didn’t receive his inheritance until his father had died. They would have expected the father in the parable to reject and banish this ingrate ne’er do well from the estate and his presence and certainly did not expect to witness the father’s loving forgiveness, as portrayed in the parable. Jesus portrayed the father as being overjoyed to see his much-beloved son come back to him, despite what the son had done. Were they incensed at the father’s embracing and celebrating the deliverance of a real sinner? Yes, their self-righteousness was stirred to fury at the very thought. Yet, Jesus’s point is unmistakable. The Father deeply loves the sinner.

God’s attitude towards sinful mankind is interwoven through each of these parables, and in fact, the vast love of God for fallen humankind is woven throughout all of Scripture. People matter to God. He rejoices with His angels each time one sinner repents. That is the story of Christmas. God incarnated and took on human nature, lived the perfect life we could not, died a horrible death we rightly deserved, raised Himself from the dead, and offers the gracious gift of salvation to all those who call upon his Name. Even the self-righteous can receive it! And all of it offered because of His great love.

Thanks be to God for his inexpressible gift! (2 Corinthians 9:15)Ω