The Shifting Sands of Watchtower Salvation 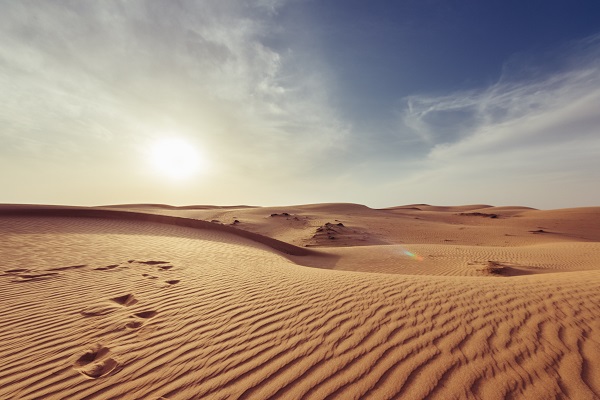 Photo by Giorgio Parravicini on Unsplash

In Acts 16:30 – 31, we read what is perhaps the most important question anyone can ask. The answer is surprisingly simple:

“Sirs, what must I do to be saved?” And they said, “Believe in the Lord Jesus, and you will be saved, you and your household.”

How can I have peace with God? What do I need to do to bridge the gap between my unholiness and God’s utter holiness? Believe in Jesus. The Apostle John penned his gospel with one purpose in mind which he states in chapter 20:

Now Jesus did many other signs in the presence of the disciples, which are not written in this book; but these are written so that you may believe that Jesus is the Christ, the Son of God, and that by believing you may have life in his name. (John 20:30-31)

John continues this theme in his other epistles; for example, in 1 John, he writes:

I write these things to you who believe in the name of the Son of God, that you may know that you have eternal life. (1 John 5:13)

Some confuse the significance of works in the life of a believer. Are good works necessary for salvation, sort of a “Jesus plus plan” of salvation, or are good works and godly behavior the result of being born again, as God works in the lives of His children? We discussed this topic extensively in Bad Heir Day.

When it comes to the Watchtower Bible and Tract Society (WTBTS), the answer to the question of “what must I do to be saved” cannot be easily answered. To be sure, the salvation they preach is based on one’s own works, but even that is very hard to pin down since the requirements for salvation change at the whim of the Watchtower leadership and not on any contextual understanding of Scripture. For example, in The Watchtower, August 15, 1972, p. 492, they state:

It is for the reward of eternal life that every last person on earth should now be working. Are you?… The man who does not shrink back from the hard work of being a Christian will come in line for the splendid and ultimate reward – eternal life.

Here salvation is not a gift received by believing but is a “reward,” a payment, for doing the “hard work of being a Christian.” The WTBTS doesn’t seem to even know the difference between a gift and a reward. Salvation was completely contingent upon the very arduous work of being a Christian, which to the individual JW meant shlepping Watchtower and Awake magazines from door to door and making slaves – er converts – of all the poor people that bought into their message. It also entailed attending lots and lots of meetings and conventions and giving up holidays, birthdays, and even close family ties, if need be.

So salvation was truly “slave-ation,” working as hard as possible, for God supposedly, but really for the Organization, in hopes of eventual eternal life. If an individual JW saw themselves as doing well in all those things, working hard enough to earn their eventual reward of eternal life, these hopes may have been dashed with the 1981 Watchtower, which asserted that there is really only one “determining factor as to whether you go into ‘everlasting cutting-off’ or receive ‘everlasting-life.” What? Just one? Was the “determining factor” belief in Jesus, as the apostles preached – a gift to those who believe? Nope, it is:

Your attitude toward the wheatlike anointed ‘brothers’ of Christ and the treatment you accord them will be the determining factor as to whether you go into ‘everlasting cutting-off’ or receive ‘everlasting-life.’…Prove yourself to be a loyal companion of the anointed ‘wheat’ class, the ‘faithful and discreet slave,’ whom Christ has appointed to provide spiritual ‘food at the proper time.’1Harvesting in the ”time of the end”; The Watchtower, August 1, 1981 p 26

The “determining factor” is how you treat the so-called “anointed class,” the elite upper class that gives the orders to the much larger lower class of JWs. Here we see it has nothing to do with believing that Jesus is the Christ, the Son of God, which is what the apostles taught. That little detail isn’t even mentioned. No, the “determining factor” spelled out here is nowhere to be found in Scripture. Instead of being about God at all, it’s about one’s compliance and obedience to the leaders of the WTBTS and even your “attitude” towards them. Oh my! If any of this confused you, imagine being a Jehovah’s Witness.

But “determining factor” or not, in 1983, an entire list of salvation requirements was printed in the February 15 issue of the Watchtower article, “You Can Live Forever in Paradise on Earth—But How?” Jumping down to #3:

A third requirement is that we be associated with God’s channel, his organization. God has always used an organization…. To receive everlasting life in the earthly Paradise we must identify that organization and serve God as part of it.2“You Can Live Forever in Paradise on Earth—But How?” The Watchtower February 15, 1983 p.12

Those seeking salvation must identify the one organization God is using and become part of it to earn one’s salvation and eternal life. We find it hard to recall where we find talk of God’s Channel or His “Organization” in the Bible. The Bible refers to the Church as being “the body of Christ,” not God’s organization in Tuxedo Park, NY (formerly in Brooklyn, NY). But we digress.

The WTBTS has a doctrine they call “New Light.” They change even the most fundamental of teachings from time to time and sometimes turn around and restore the original teaching, which wasn’t scriptural either, but that’s beside the point we are making here. It can be interesting to watch if it wasn’t so sad for the people caught up in this circus.

The YouTube channel “JW Updates,” which regularly enlightens any who will listen to the many real problems of JW teachings, recently pointed out, in a seven-minute video, a massive contradiction in the WTBTS “STUDY ARTICLE 39 – Is Your Name in ‘the Book of Life’?” In the case of this particular Watchtower article, the organization was supposedly correcting something they previously taught or introducing New Light. However, after they make this correction, they then make a 180-degree turn and pointedly contradict the very “correction” they just made! In answering the question “Is Your Name in ‘the Book of Life’?” the WTBTS quote John 5:28-29:

The article then asks, “What did Jesus mean?” They then go on to point out what they used to teach regarding this issue:

In the past, we understood Jesus’ words to refer to the deeds the resurrected ones will practice after their resurrection; that is, some will come to life and practice good things while others will come to life and practice vile things. However, note that Jesus does not say that those who have just come out of the memorial tombs will do good things or will practice vile things. He uses the past tense. He speaks of those who “did good things” and those who “practiced vile things.” This indicates that these actions took place before their death.

They then explain that in their new “understanding,” the “righteous” that will be resurrected to eternal life had had their former life sins canceled when they died, and their names are written in the book of life. OK – so far.

But then comes the headshot. That is not the end of the story. In the new understanding, the righteous person’s eternal life may very well not be eternal at all. Because they turn right around and proclaim that though a person’s sins from their former life were canceled, they must again be judged by works committed after the resurrection! That is exactly the position they just indicated was wrong and that they were therefore abandoning! What’s in the drinking water at headquarters?

Based on what “deeds” will resurrected ones be judged? Will it be the deeds they practiced before they died? No! Remember, they were acquitted of their previous sins when they died. Here, then, “their deeds” cannot be deeds from their former life. Rather, these must refer to their deeds in response to their training in the new world. Even such faithful men as Noah, Samuel, David, and Daniel will have to learn about Jesus Christ and exercise faith in his sacrifice. How much more so will the unrighteous!

Now, if that ain’t a kick in the head! You worked hard all of your miserable life, attended all required meetings, shunned your loving mother as an “apostate,” and wore out your shoes going door to door – and you had a beautifully compliant “attitude” towards your overlords, never questioning a word they said, jumping when they said “jump,” etc., to earn your eternal life. Still, all that got you was a lousy T-shirt and a chance to do it all over again. (As a side note, we have often pointed out that the JW teaching on Resurrection itself is absolutely nonsensical. We have noted this in detail in “Resurrection: Watchtower-Style.”)

For JWs, there is no point where they can know they have eternal life. There isn’t even a supposed “truth” on what is necessary for salvation that has been true throughout the organization’s history. There is no security because even if someone makes it into the “kingdom,” that may be temporary if their post-resurrection deeds don’t measure up. The Apostles were clear and penned in easy-to-understand, unchanging terms that salvation is a gift to those who believe:

if you confess with your mouth that Jesus is Lord and believe in your heart that God raised him from the dead, you will be saved. For with the heart one believes and is justified, and with the mouth one confesses and is saved. For the Scripture says, “Everyone who believes in him will not be put to shame.” For there is no distinction between Jew and Greek; for the same Lord is Lord of all, bestowing his riches on all who call on him. For “everyone who calls on the name of the Lord will be saved.” (Romans 10:9-13)Ω