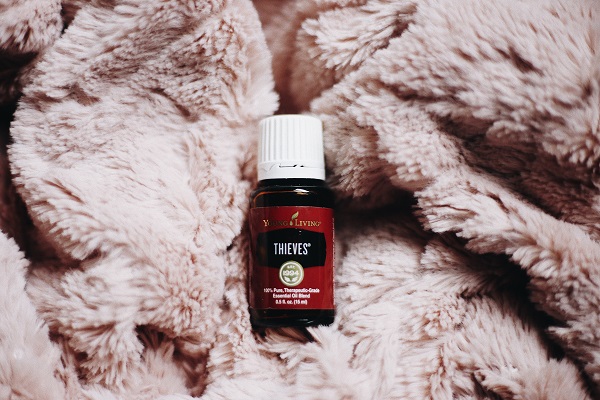 Photo by Fallon Michael on Unsplash

“It would be very difficult for doTERRA to experience the success it’s had in any other state”3“Follow the profit: How Mormon culture made Utah a hotbed for multi-level marketers,” Daryl Lindsey, 2KUTV, September 8, 2016 (Kirk Jowers, VP of corporate relations and European markets at doTERRA)

Why are Mormons so involved in the MLM culture, and what are some red flags to be aware of before joining an MLM company? Mormons tithe ten percent of their income to the LDS Church, so it would be important that Christians understand where their money is going and what they could be supporting by working for an MLM company.

I recently lost thirty pounds on a weight loss program that a dear friend of mine from college has been promoting on her Facebook page. A mutual acquaintance of ours – “Sarah” (a pseudonym for the purposes of this article) – whom we both knew through the Baptist Student Union, introduced her to the diet several years ago. I am thrilled to be getting healthy again finally and was thinking about working for the company until I started to learn about its CEO and some elements of the faith-based sales training they are promoting.

The company I was thinking about working with is a subsidiary of a larger health food MLM whose CEO, Dan Chard, is associated with the LDS Church.4“Severna Park CEO Leads World’s Second-Fastest-Growing Company,” Zach Sparks, Severna Park Voice, September 6, 2020 At first, I was willing to look past this as boycotts are not helpful and end up just drawing more attention to the company. But then, as I started to get exposed to more of the sales training, I became very concerned with what I was associating myself with and the kind of message I would be sending as someone in a discernment ministry.

Why Mormons Dominate the MLM Industry

I. A Purpose-Driven Business Model

The first recommended training I took with the company was with a nationally recognized author, coach, and speaker who touted the business model of Rick Warren and Saddleback Church. While much of what this coach shared was thought-provoking, I was concerned about his promotion of Rick Warren as a sound Bible teacher.9“Rick Warren – Story Teller,” Don & Joy Veinot, Midwest Christian Outreach, Inc, November 29, 2006 I was also concerned with how this coach used the Parable of the Talents to convey a man-focused message rather than a God-focused message.

Within his discussion on the Parable of the Talents, this coach suggested that God wants us to multiply our talent – our money – by helping others become healthier. While this is a nice message, it is lifted from its context and is not the true message behind this parable.

The Parable of the Talents must be read within the context of the entire Olivet Discourse (Matt 24-25:46) and God’s future program for Israel. “It is first a message to the people of Israel that will live in the last days before the Lord returns. . . The application to the people of Israel is graphic and relevant. Those that believe in Him will be rewarded in His kingdom. The basis of the reward will be their stewardship of His resources entrusted to them. Those who fear and do not believe will be rejected and judged.”10Got Questions?: “What is the meaning of the Parable of the Talents?”

The final strike against my working with the company came when Sarah sent out a training invitation to go through Kris Vallotton’s book Basic Training for the Supernatural Ways of Royalty. Kris Vallotton is the Senior Associate Leader of Bethel Church in Redding, California, and co-founder of Bethel School of Supernatural Ministry (BSSM) and Moral Revolution.

Bethel Church, led by Pastor Bill Johnson, is a proponent of the Word of Faith/New Apostolic Reformation Movement and subscribes to the Kenosis heresy (Jesus took off His divine nature), New Age mysticism, and experience over doctrine.11“NEW BOOKLET: Beware of Bethel: A Brief Summary of Bill Johnson’s Unbiblical Teachings,” Lighthouse Trails I knew Sarah from our time at the Baptist Student Union in the mid-1990s, and I am now disturbed by how far she has moved toward false doctrines. But the Southern Baptist Convention has shifted in the direction of false teachings, so perhaps it’s not so surprising after all. For example, Southern Baptist pastor Lynn Ridenhour openly preaches from both the Bible and the Book of Mormon as part of his “Building Bridges” concept and has been a featured speaker at the LDS school, Brigham Young University.12“The Baptist Version of The Book of Mormon,” Lynn Ridenhour; “Redefining Unity: Number Six of Eight Transformational Steps to a Global False Church,” Brannon Howse, September 12, 2015

Furthermore, “Vallotton is promoting the Spirit of Adoption/Sonship heresy, which naturally leads people to believe the New Breed heresy. This heresy teaches how believers can manifest on earth as gods (or little Jesuses).”15“Kris Vallotton ‘You are gods,’” Amy Spreeman, Berean Research, June 27, 2017

“His Royal Army is spreading the King’s glory all over the earth as we take dominion of this planet back from the defeated one. […] Armed with the power of the Holy Spirit and commissioned to re-present the King’s Son, we are healing the sick, raising the dead, and displacing devils.”).” Kris Vallotton 16As quoted in “Kris Vallotton ‘You are gods,’” Amy Spreeman, Berean Research, June 27, 2017

Ecumenism and the Mormon Church

It is unsurprising that a Mormon-run company is embracive of teachers such as Warren and Vallotton. Mormons appreciate the fact that Rick Warren considers them fellow Christians, and in fact, when USA Today asked him why Mormon leaders are involved in his pastoral training programs, Rick Warren reportedly said, “I’m not going to get into a debate over the non-essentials. I won’t try to change other denominations. Why be divisive?” 17As quoted by Marsha West in “Rick Warren once again caught up in controversy, Part 1” March 20, 2012 Bethel Redding’s belief that we can become gods lines up well with the Mormon belief that there are many gods and that after you become a good Mormon, you have the potential to become a god.

By contrast, the Bible says there is only one God (Isa. 43:10; 44:6, 8; 45:5), who has always been God (Psalm 90:2); and knows of no other gods (Is. 44:8). Scripture also says we do not become a god (Is. 43:10).18“Is Glenn Beck a Christian?” Matt Slick, CARM, August 28, 2010 I must implore all Christians to be in prayer before joining an MLM company and be very discerning about the training sessions and heresies to which you may be exposed. Charles Spurgeon once said, “discernment is not knowing the difference between right and wrong. It is knowing the difference between right and almost right.” Sometimes false teaching can be very subtle, so examine everything carefully and hold fast to that which is good (1 Thess 5:21).Ω

Stephanie Potts and her husband Jim live in Dayton, Ohio and have been married for 20 years. She worked with the federal government for 15 years as an intelligence analyst and then entered full-time Christian service in 2015. She first joined Haven Ministries in Denver, Colorado, in 2015 and then transferred to Midwest Christian Outreach, Inc in 2021. She received her Bachelor’s degree from Florida State University in Political Science and International Relations and received her masters degree in Geographic Information Systems from Penn State University. She is currently working towards her master’s degree in Christian Apologetics through Southern Evangelical Seminary. She specializes in evangelizing to people involved in the New Age, to Muslims, and Native Americans. Stephanie’s personal website: rainbowapologetics.com