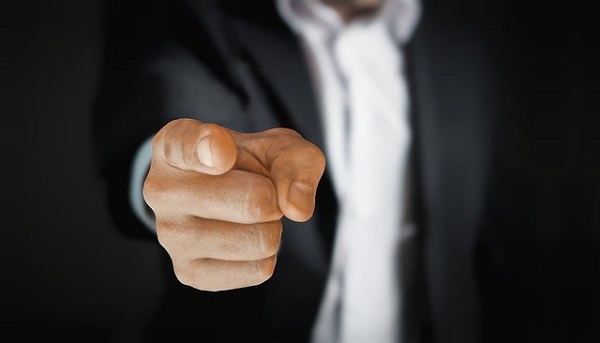 Image by Tumisu from Pixabay

When human beings turn from the worship of the Creator, it rarely means they worship nothing at all. Last week in “Send in the Clowns?” we noted how the Apostle Paul outlined the process of humanity’s turning from worshipping the Creator to worshipping the creation. (Romans 1:22-23) He stressed how mankind would even worship things creeping on the Earth – yes, bugs. Many today might consider themselves too educated, sophisticated, and erudite to worship bugs, slugs, and things crawling under the rugs. But they do indeed worship something. Modern men are engaged in practicing a newer religion, Scientism. Scientism appears even now to be the official religion of our Federal Government. How can we say Scientism is a religion? Scientism has official doctrines which cannot be questioned. Those who dare question the orthodoxy of Scientism are viewed as heretics – and the high priests of cancel culture go to work to rid society of such troglodytes. OK, but what is Scientism anyway? It might be helpful to determine what it is NOT – Scientism is not science. Henry F. Schaefer III’s article, “C. S. Lewis: Science and Scientism,” is helpful:

Webster’s second definition fits Lewis’s usage well; “a thesis that the methods of the natural sciences should be used in all areas of investigation including philosophy, the humanities, and the social sciences: a belief that only such methods can fruitfully be used in the pursuit of knowledge.”

It should be noted that the natural sciences cannot even be used to test the “Scientism” thesis.

Adherents to the religion of Scientism have a creed that they invoke right before making scientifically unproven claims – “We follow the science.” They often trot out a seemingly unassailable – in their minds at least – assertion when mere mortals question any claim they make. “The science is settled.” One true thing about real science is that it remains open to further refinement and/or testing in most cases. However, having turned from the Creator, for Whom, of course, all science IS settled, the priests of Scientism freely exhibit their hubris by asserting, for example, that humans control the weather, manipulating the thermostat for the entire planet. Humans, they insist, turn the global temperature up or down, melt polar ice caps, change weather activity, cause the oceans to rise, and whose actions or callous inactions can even determine whether “hurricane season” is relatively mild or disastrous. All these things that used to be understood as being far beyond human control are now somehow our own doing. It might seem humorous if these high priests were not demanding full control of everyone and all nations to force what would undoubtedly be disastrous changes in our world, affecting all of us deleteriously. Freedoms we now take for granted will be lost – are being lost.

A third offering is the tried and true, “All Scientists agree.” Of course, the truth is that all scientists do not agree with the claims being made and sometimes, a scientist assumed to be “in the club” becomes apostate, breaks ranks, and challenges the current “settled” orthodoxy: “Former Obama Scientist: No, the Science Isn’t Settled on ‘Climate Change’” and makes the headlines.

One of the country’s top physicists, who served as the Department of Energy Undersecretary during the Obama administration, is out with a new book that pushes back on climate change hysteria and debunks the politically charged statement that the science is “settled” on the issue.

“Physicist Steven Koonin kicks the hornet’s nest right out of the gate in “Unsettled.” In the book’s first sentences he asserts that ‘the Science’ about our planet’s climate is anything but “settled.” Mr. Koonin knows well that it is nonetheless a settled subject in the minds of most pundits and politicians and most of the population,” the Wall Street Journal writes about Koonin’s new book. “He begins with a kind of trigger warning for readers who may be shocked by the book’s contradiction of four points of climate orthodoxy: ‘Heat waves in the US are now no more common than they were in 1900’ and ‘the warmest temperatures in the US have not risen in the past fifty years. . . . Humans have had no detectable impact on hurricanes over the past century. . . . Greenland’s ice sheet isn’t shrinking any more rapidly today than it was eighty years ago. . . . The net economic impact of human-induced climate change will be minimal through at least the end of this century.'”

Undoubtedly, this man has been “defrocked” by the high priests and is probably now seen as mere disinformation detritus to be quashed by social media platforms seeking to guard “the truth.”

Over the past couple of years, the Federal Government’s religion of Scientism held the nation hostage as its high priest led the citizens collectively in reciting the statement of faith, “we are following the science,” as mandated severe lockdowns, closure of businesses and even churches, along with mask-wearing were enforced. When pressed for the evidence, Scientism’s papal decree proclaimed Anthony Fauci to himself be the science. No evidence is necessary. But how did Scientism fare when actual scientists did the work of scientific study? “Did a Johns Hopkins Study ‘Prove’ Lockdowns Don’t Work? What We Know So Far”

According to the authors, an analysis of three separate types of studies, including lockdown stringency index studies, shelter-in-place order (SIPO) studies, and specific NPI studies, demonstrated that “lockdowns have had little to no effect on COVID-19 mortality.”

The authors note that some measures, such as the closure of nonessential businesses seem to have had some effect (reducing COVID-19 mortality by 10.6 percent), which they say “is likely to be related to the closure of bars.” But they also highlight detrimental unintended consequences of the policy, finding “some evidence” that limiting gatherings was counterproductive and increased COVID-19 mortality.

Of course, throughout the epidemics’ past few years, many scientists and doctors did not agree that the pandemic’s policy maker’s mandates were correct. Many saw them as a danger to health, which led to increased mortality. Scientism just swept such scientists and doctors under the rug while simply decreeing the efficaciousness of its faith claims. And, of course, the acolytes in the mainstream media provided very one-sided coverage and effectively ignored any and all opposing scientific opinions.

On another cultural front, a priestess of Scientism1“Sociology, the science of society, is the
youngest and it came to be established only in the nineteenth century”; SOCIOLOGY proclaims in “Definition of Systemic Racism in Sociology.”

Systemic racism is both a theoretical concept and a reality.

While reciting a variety of injustices, the sole source of all injustices is, of course, whiteness alone. There is never any discussion of Africans that captured other Africans and sold them into slavery, a practice which continues to this day in Africa. It doesn’t mention the inconvenient fact that many former slaves owned slaves once they had their freedom. It also escapes those committed to Scientism to mention or include the history of predominately white and Christian abolitionists who worked hard to eliminate the practice of slavery or that our nation fought a civil war where many thousands died to end this evil practice. In considering current societal ills, there is no discussion of the impact of kids without fathers in the home or how drugs or other societal ills impact people’s judgment of the “fairness” of life. There is no consideration of how being absolutely marinated in this thinking from a very early age might make a person feel “racial hatred” or animus where none exists? And, to add fuel to the flames of our current societal problems, is it possible that an awful racial animus “backlash” might be powerfully provoked in the one race allowed to be shamed and blamed for all societal ills? Children are being invited and even trained to hate, and doesn’t hatred always foster even more hatred? Anyone who would dare to raise these or other salient objections to the theory is merely brushed off as being, well, you guessed it, “White Supremacists,” even if the objector is black. A person can’t be truly black, according to the dogma, unless they parrot the “proper” narrative, which is the one that aligns with the religion of Scientism. There is no discussion among Scientism-ists regarding the possible great harm the indoctrination of children from elementary school on up with this seriously flawed “theoretical concept” is doing to individuals or our society as a whole. It won’t end well. Contrary to Critical Race Theory, scripture teaches that all of us – white, black, pink, or brown – have individually sinned and come short of the glory of God. We are reconciled to Him by grace alone through faith alone in Christ alone and in Him.

The religion of Scientism plays itself out in the debate over origins. Is there an Intelligent Designer that is the first cause of all that exists, OR did creation create itself from nothing, by nothing, for no apparent reason? Adherents of Scientism assert the latter – by faith alone. Why do they believe this? Because Scientism teaches that is the case. Belief may drive scientific inquiry, but it is not the same thing as scientific inquiry. Scientific inquiry draws on the natural sciences in research and experimentation that may prove or disprove the validity of a particular belief. One doesn’t have to be a Christian to see the problems in this view of origins. Agnostic “Dr. David Berlinski Refutes Evolution in Under 5 Minutes” and points out that “dogs stay dogs, bacteria stay bugs,” as far back as we can track life.

The record is so lacking in evidence that supports Darwinist claims that the late Stephen J. Gould abandoned Darwinian gradualism in favor of Punctuated Equilibrium. Punctuated Equilibrium is the idea that nothing much happens for a very long period of time, and then there is sudden change that does not leave behind a record of transitional forms. A lizard lays an egg, and a bird hatches from it. OK, it isn’t quite that fast, but fast enough that no transitional forms are left behind—zero proof. Yet, armed with uncorroborated belief alone, no evidence is required. So, we see that even intelligent, well-educated Paleontologists like the late Stephen J. Gould can join the religion of Scientism.

Christianity is a religious belief, although one based on evidence. The existence of the cosmos in all its magnificence provides sufficient evidence to conclude that an eternally self-existing Creator is the first cause of all that exists. Are human beings somehow accountable to Him? What does He require of us? The Bible teaches that God’s requirement for people to gain forgiveness and eternal life with Him is simply this: He requires that we admit He exists and rewards those who seek Him. (Hebrews 11:6) We need to recognize our human condition – that we are unholy, lost, and undone before a Holy God – but if we confess that Jesus is YHWH and believe that He was raised from the dead, we will be saved. (Romans 10:9-13) Salvation is a completely free gift to us, based on God’s own Son paying the debt for us, but one you certainly do not want to miss.Ω