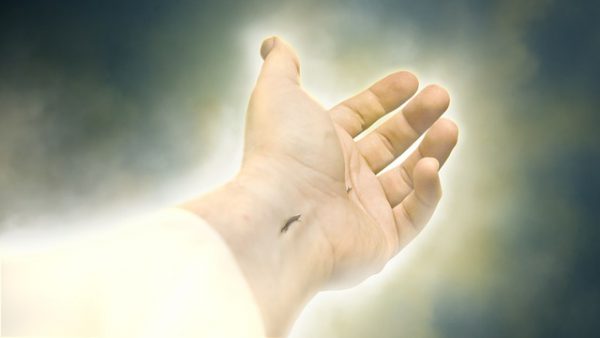 Image by TImage by Treharris from Pixabay

The great weapon with which the disciples of Jesus set out to conquer the world was not a mere comprehension of eternal principles; it was an historical message, an account of something that had recently happened, it was the message, “He is risen.” But the message of the resurrection was not isolated. It was connected with the death of Jesus, seen now to be not a failure but a triumphant act of divine grace; it was connected with the entire appearance of Jesus upon earth. The coming of Jesus was understood now as an act of God by which sinful men were saved. The primitive Church was concerned not merely with what Jesus had said, but also, and primarily, with what Jesus had done. The world was to be redeemed through the proclamation of an event. And with the event went the meaning of the event; and the setting forth of the event with the meaning of the event was doctrine. These two elements are always combined in the Christian message. The narration of the facts is history; the narration of the facts with the meaning of the facts is doctrine. “Suffered under Pontius Pilate, was crucified, dead and buried”—that is history. “He loved me and gave Himself for me”—that is doctrine. Such was the Christianity of the primitive Church.1Machen, J. Gresham. Christianity and Liberalism; pp. 44-45. E4 Group. Kindle Edition

In his 1923 book, Christianity and Liberalism, J. Gresham Machen compares and contrasts historical biblical Christianity with the theological liberalism of his day. Liberals of his time, just as liberals today, liked Christian ideas in a rather shallow fashion but rejected their biblical foundation or belief. Then as now, the liberal view is that Jesus is merely the way-shower – not the way, the truth, and the life. The life, death, burial, and resurrection of Christ are the essential core of the Christian faith. Writing in the 1920s, Machen could just as easily have been writing to expose the well-loved theological architect of today’s Enneagram, Richard Rohr, who devotes considerable time in his book, The Universal Christ, opposing the vital message of what Machen points to as the “Primitive church.” Rohr disparagingly writes:

Salvation became a one-time transactional affair between Jesus and his Father, instead of an ongoing transformational lesson for the human soul and for all of history.2Rohr, Richard. The Universal Christ; p. 140. The Crown Publishing Group. Kindle Edition

For the early church, the death, burial, and physical resurrection was the essential gospel of salvation for those who would believe. The Apostle Paul begins 1 Corinthians 15 with the very truth that Rohr today devalues.

Now I would remind you, brothers, of the gospel I preached to you, which you received, in which you stand, and by which you are being saved, if you hold fast to the word I preached to you—unless you believed in vain. For I delivered to you as of first importance what I also received: that Christ died for our sins in accordance with the Scriptures, (1 Corinthians 15:1-3)

The Apostle Paul reemphasizes this crucial point a few verses later, going as far as to say that if Jesus Christ was not truly raised, their faith was useless, and they were lost:

The resurrection of Christ was and is not an optional belief – it was the entire basis of the Christian faith. Paul penned these words approximately 30 years after the event of the resurrection. Paul devotes an entire chapter explaining the purpose of the resurrection and clearly stating that there is no Christianity at all without it. Just as importantly, Paul emphasizes that Christ’s physical body is what was raised. On that basis, we understand that our bodies will likewise be raised physically in the resurrection of the saints.

There are many ways to deny the resurrection. Unbelievers and skeptics simply deny it ever happened. Others simply redefine it. One of the early heresies to grow and challenge the church was Docetism, the idea that when Jesus appeared after His death, He wasn’t physical but a phantasm or ghost-like. That early heretical idea is held by many people even today. But NO, Jesus’ resurrection – and ours in its time – is not some bogus “spiritual” resurrection that any religious charlatan or “holy man” could claim for their own “god” or religious leader.

The Apostle John addresses the physicality of our Lord’s resurrection in 1 John:

Another proof text of the bodily resurrection appears in John 2:18-20, where the Jews were challenging Jesus to show them a miraculous sign to prove His authenticity:

John follows this up with his own recollection and commentary on the discussion:

But he was speaking about the temple of his body. When therefore he was raised from the dead, his disciples remembered that he had said this, and they believed the Scripture and the word that Jesus had spoken. (John 2:21-22)

Jesus himself addressed this issue most compellingly in an early post-resurrection appearance to His disciples, who were quite frightened, thinking they were seeing a spirit (ghost). “Touch me and see,” He told them, “for a spirit does not have flesh and bones as you see that I have.’ (Luke 24:36-49) He then had them closely examine his crucifixion wounds, and he also ate food in their presence, which is another thing that a spirit could not do. And recall that Jesus – in another appearance – urged “doubting Thomas” to put his finger in His wounds and thrust his hand in Jesus’s side. A ghost or spirit obviously cannot be handled in this way. (John 20:24-28)

The Jehovah’s Witnesses, a modern-day cult group, also deny the resurrection through redefinition. “In the Beginning was Michael” addresses their claims that Jesus simply ceased to exist:

Jesus was dead, he was unconscious, out of existence. Death did not mean a transition to another life for Jesus; rather non-existence.3Awake!, July 22, 1979, p27 WATCHTOWER BIBLE AND TRACT SO­CIETY OF NEW YORK, INC., Brooklyn New York, USA

The official doctrine of the Watchtower today is that the Father created a replacement for the eternally dead Jesus. An early Watchtower publication claims that the physical body, complete with crucifixion wounds, written about in Luke 24, was specially created to deceive the disciples so that they would believe He was truly alive.

The Lord purposed that these disciples should be thoroughly convinced…That body which Thomas and the other disciples saw was not the body crucified and buried in Joseph’s tomb, but a materialized body – with the same facial expression, the same hands, the same feet, that the human body of Jesus had. (The Watchtower, Feb 1, 1915, p.41)

You see, the JW’s Jehovah is kind of tricky. In their teaching, deception is a good thing when used properly. Interestingly, even at this late date of 1915, almost two millennia after the fact, Jehovah still had the writer and readers believing that Jesus is actually alive! It claims that Jesus “was not dead by any means.” I guess “Jehovah” was helpfully postponing the day when someone had to write a later, updated publication to let them know that (Alas!) Jesus was indeed forever dead when He died on that cross and did not exist anymore! Of course, not to worry, for Jehovah had “recreated” Jesus as Michael the Archangel, and his new persona would supposedly contain the “memories” of Jesus. (However, what is TRUE truth in the Watchtower today can be old FALSE truth tomorrow, but we are confident this is still the Watchtower’s current truth. As I, Joy, often say, it would be so much easier to keep up with the truth if it would just stand still!)

The reason the Apostle Paul penned his 1 Corinthians apologetic for the “physical resurrection” 30 years after the event is the same reason the Apostle John picked it up again 60 years after the resurrection when he wrote his gospel and 1 John. It is also why the Ante-Nicene Fathers did battle over this doctrine in the early centuries of the church. It is also the reason J. Gresham Machen defended it in the 1920s and why we defend it today. That reason is that it is absolutely essential to the faith! Salvation is impossible without it. As Paul puts it, if the resurrection is not true, our faith is in vain. False teachers and naysayers continue to deny or redefine the event and offer a cheap substitute in its place. Sadly, some of “the faithful” have short memories or perhaps have not been well taught, which leaves people ripe for deception. In 1 Corinthians 15, Paul masterfully makes several points:

The physical resurrection that Christ experienced will be true of us as well.

He is responding to those who put doubts into the minds of the faithful with this question:

But someone will ask, “How are the dead raised? With what kind of body do they come?”  You foolish person! What you sow does not come to life unless it dies. (1 Corinthians 15:35-36)

There is continuity – a physical connection between the body that is buried and the resurrected body. Not every atom or element of our bodies is necessary for resurrection, but what is absolutely necessary is something Paul equates to “a seed” in 1 Corinthians 15:37. It is something of our present body from which springs the resurrection body. He goes on to describe the transformation which occurs as “What is sown is perishable; what is raised is imperishable.” (v:37). Six times he refers to the physical body as “it.”

Like our Lord’s, our resurrection body is physical. Being a “spiritual body“ does not at all mean a non-physical body – but indicates a body which is empowered by the Spirit. Menchen comments:

“Suffered under Pontius Pilate, was crucified, dead and buried”— that is history. “He loved me and gave Himself for me”—that is doctrine. Such was the Christianity of the primitive Church.4Machen, J. Gresham. Christianity and Liberalism;pp. 44-45. E4 Group. Kindle Edition

This is what we celebrate, and we joyfully repeat after Paul, “Now I would remind you, brothers, of the gospel I preached to you, which you received, in which you stand” (1 Corinthians 15:1). Paul and the other apostolic writers insist that if we do not believe this truth, we are still in our sin! To be “still in our sin” is to be LOST, which we all know is not a good place to be. We have very good reason to rejoice in Christ’s resurrection this Easter!Ω