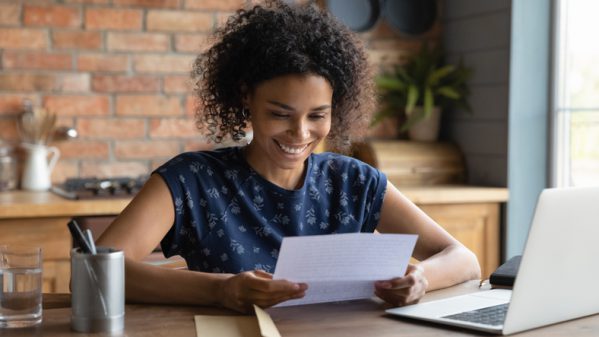 The Watchtower Society claims that they and they alone are God’s chosen organization and THE “faithful and discreet slave” acknowledged and offered rulership by Jesus in Matthew 25:21. One of the pieces of evidence that JWs point to is that they, the Jehovah’s Witnesses, are the only ones faithfully preaching from house to house. We are not saying that evangelizing door to door is somehow wrong, and of course, other groups practice this method. The practice can be traced back to the days of colporteurs going door to door to sell Bibles, books, newspapers, and other literature. That is the distribution method Charles Taze Russell used when he was the Watchtower Bible and Tract Society leader. In those days, Russell was seen by the JWs as the “one and only Faithful and discreet Slave,” though they had to expand the role after Russell inconveniently died on October 31, 1916. The second president, Judge Joseph Rutherford, turned the “Bible Students,” as they were then known, into a well-oiled sales machine by declaring holidays to be pagan and outlawing their celebration by the Bible Students.1We have written about the involvements of Russell and his followers many actual pagan practices beliefs in “An Enduring Monument to Pagan Origins” Therefore, the Bible Student salesforce was unencumbered by such celebrations and could likely find more people at home on these days engaging in “pagan celebrations.” So, the door-to-door “preaching” work increased.

Over the past nearly two years, things have changed. Covid severely limited the ability of JWs to go door-to-door. That was a huge problem they had to overcome. According to the god (Jehovah) of the Watchtower, JWs must put in a certain amount of “door-to-door time” per month to promote the organization and their literature and hopefully make converts do likewise. The “publishers” are required to fill out timecards that are sent into Watchtower headquarters to keep Jehovah, as well as the Watchtower Leaders, informed about everybody’s obedience to the “marching orders.” (Jehovah must be limited in His ability to keep up with such details without the mandated door to door work and “timecards.”)

But with Covid around, the Organization has had to change God’s order about door-to-door work and find another way to make converts. They found a way for JWs to put in their time without danger of contracting or spreading Covid, a way which is probably considerably easier for JWs to accomplish. So the Jehovah’s Witnesses’ current workforce now have only to write letters to the people in the houses and pop them in the mail to fulfill their duty to Witness to the outsiders. You know, the “worldly,” the pagans, and the people who may attend a church and think they are Christians and yet are merely a part of false Babylonish religion–about to be destroyed at Armageddon. Many Christians have received these letters from a JW in the past year. (We have not received a letter, but maybe it is figured that there is no hope for us) Some letters talk about the chaos of the world around us–all the injustice, violence, corruption, oppression in our world–and point the reader to JW.org for answers and hope of a brighter future. Of course, the answers such seekers would receive from the Organization would be as false and misleading as the literature they had peddled door to door.

A few Christians who receive these letters write back. A person who recently responded to a JW letter decided to defend the Christian doctrine of the Trinity. A better tack would be to show the JW that Jesus and the Father are both referred to in the Bible as YHWH. The JWs get the name “Jehovah” from the YHWH name of God you see in the Old Testament. But whether you call Him YHWH, Yahweh, Jehovah, or even YHVH, Jesus is this supreme being. The Father and Son share the nature of being God, so the Father is also YHWH, the One God, and One Lord, as we shall see.

The Christian received this response to his Trinity defense from the JW letter writer, which quoted First Corinthians 8:6 from several translations to get back to the story.

The JW author went on to make six points from this passage to supposedly disprove the Trinity.

At first blush, it may sound like the JW is making a convincing case. Jesus is not God; there is no Trinity – and the Apostle Paul said so! However, a few important details are missing that many might not notice. The most important is context. Before we get to that, let’s look at the Jehovah’s Witness’s underlying thinking in this argument. Because there is one God, the Father, the presumption is that the Son cannot also be God. If that is true, though, we would also have to conclude that the Father cannot be Lord by the same reasoning – for there is “one Lord, Jesus Christ.” And since the passage clearly says that Jesus Christ created all things – we must conclude that the Father could not have been involved in the creation or the continued existence of the creation. The “one Lord, Jesus Christ,” is the One Who created all things and through Whom we exist. So IF only the Father is God, nothing was created by God. The “One Lord” created everything and according to the Jehovah’s Witnesses, that “One Lord” isn’t God! JWs teach that this Lord, Jesus himself, was a mere creature created by God, the Father. But that cannot be. Jesus created ALL THINGS, so if he were indeed a creature, He would have had to create himself! Now that would be a good trick! John’s gospel clarifies and strengthens this position by saying in John 1:3 that

ALL things were made through Him, and without Him was not any thing made that was made.

NOTHING – not ANY thing – was made by anyone but Jesus!

Looking at the context of 1 Corinthians 8:6, the Apostle Paul was addressing all the pagan idols and “deities” around them in Corinth. He was emphatically saying that there is only ONE TRUE GOD AND LORD. Paul was making sure the Corinthians understood that “there is no God but one.” (1 Corinthians 8:4) The discussion is about the myriads of false gods vs. the One True God.

Please note that in 1 Corinthians 8:6, Paul states there is only One God, the Father, BUT he does not say only the Father is that One God. In the same way, he states the Son is the One Lord, but he does not say that the Father is not also that One Lord. Father and Son share the nature of God, they share the name, YHWH, and the One true God IS the One Lord. There is something else going on in the passage’s historical context that is missed by those who lack knowledge of history. The Apostle Paul was a monotheistic Jew teaching the Corinthians something significant from the Hebrew Scriptures, and he was pointing them back to Deuteronomy 6:4-6 where the one Lord is YHWH:

In a remarkable affirmation, Paul called Jesus Christ the “one Lord.” Paul the Jew was echoing but reconfiguring the thrice-daily prayer known as the Shema: “Listen, Israel … the LORD is One” (Dt 6:4–6). He added later, “If anyone does not love the Lord, a curse be on him” (1 Co 16:22). The “Lord Jesus” is being identified with Yahweh, the God of Israel. Other Jewish NT writers routinely made this astonishing identification (e.g., 1 Pt 3:15; see Is 8:13). It is important to keep in mind that Paul, the monotheist, wrote this a mere 20 years after Jesus’ crucifixion, indicating a high view of Jesus very early on in the church. This high view of Jesus is taken for granted and beyond dispute in the NT.2Ted Cabal et al., The Apologetics Study Bible: Real Questions, Straight Answers, Stronger Faith; Nashville, TN: Holman Bible Publishers, 2007; 1720

One Lord is “not a name but a title of God.” By not knowing or understanding the Jewishness of the New Testament, Jehovah’s Witnesses and other groups miss the underlying themes and meanings of the words and phrases upon which the Jewish writers of the New Testament were drawing. Explicit statements that Jesus is YHWH are not essential because it is implicit in the ministry of Jesus (Yeshua) and the apostolic writers that He is YHWH. The “Great Commission,” Matthew 28:19, is an excellent example of that:

Go therefore and make disciples of all nations, baptizing them in the name of the Father and of the Son and of the Holy Spirit,

Notice that it is “name,” singular, of “the Father and the Son and the Holy Spirit.” They share the name because they share the nature of God. In “The Not So Strange Tale of Two Jehovahs,” we can see even in the Jehovah’s Witnesses New World Translation, there are at least two (the Holy Spirit does as well, as noted in the Great Commission) Who share the name Jehovah (YHWH).

Using their New World Translation, Jehovah is sent by Jehovah (Zechariah 2:7-13). Who but Jehovah could send Jehovah anywhere?! In Zechariah 11:13, YHWH said He would be valued at 30 pieces of silver, and it would be thrown into the house of the treasury (the temple). In Matthew 26, we read that Jesus was valued at 30 pieces of silver! In Matthew 27, Judas, fully realizing his own ghastly treachery, threw the money back into the temple. The many prophecies in the Hebrew Scriptures about what would happen to YHWH were fulfilled in the incarnation by Jesus, the One Who shares the Name and Nature with the Father.

In Romans 10:9-13, the apostle Paul makes this point by applying Joel 2:32 to Jesus. We address this at length in “From False Premise to False Conclusion: JWs and the Trinity,” but what we see here is the very Jewish Paul, telling the Roman believers, Gentiles, and Jews that to be saved, they must call on Jesus as YHWH. Interestingly, Paul never says anyone has to call on the Father as YHWH to be saved, and instead, he taught that salvation hinges on acknowledging that the Son is YHWH by calling on the Son as YHWH.

For those faithful Jehovah’s Witnesses who are writing letters to others offering hope through JW.org, God wrote a letter long ago, providing hope through the Son. They have to call on the Son as YHWH. In so doing, they will have peace with God for eternity, for everyone who calls on His name will be saved.

Feel free to print and send this article to a JW that writes to you. Please PRAY for this person, for they have been deceived. Do not see this person as your personal enemy, but as someone who desperately needs to be set free to follow the Jesus presented in the Bible. Then kindly direct them to visit midwestoutreach.org to find numerous articles with biblical answers for Jehovah’s Witnesses. Likewise, numerous articles show the false history and incredible doctrinal flip-flops and false prophecies that their leaders have made over many decades – the leaders who are supposed to represent the ONE true mouthpiece of Jehovah! The so-called “Faithful and Discreet Slave” organization has been neither faithful nor discreet.Ω