Prayer: Not a Waste of Time 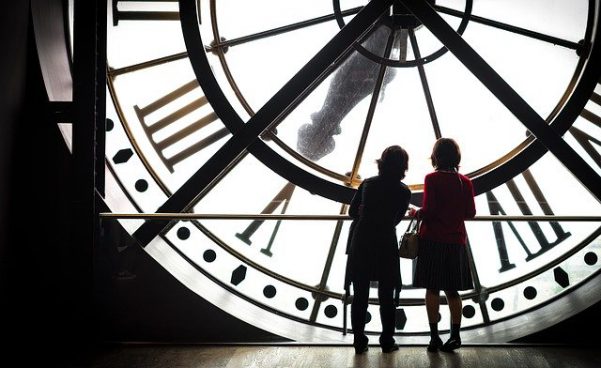 We have sometimes been told that witnessing to Jehovah’s Witnesses, Mormons, and others in cult groups is “just a waste of time.” “They don’t listen.” To be sure, witnessing to people in cults can be quite frustrating. It can be draining. So why do we do it? That is simple. God gave us a particular love for the people who have been taken in by these groups, whether by being born into them or captured at their own doorstep. That’s it. We love them, and we know that God put this profound love for them in our hearts. We don’t want them trapped in a deceptive and sometimes life-threatening religion their whole lives, and we certainly do not want them to be eternally lost. God does not give all of us the same mission, but He does give us all a mission, whether reaching out to cult members or teaching Sunday School or a myriad of other important callings. There is someone – whether a cult member, neighbor, friend, or child, or even perhaps in a foreign land – that God puts on a Christian heart to love and reach out to. Sometimes it involves witnessing to the lost, and sometimes teaching or preaching to Christians.

We see in the Apostle Paul a deep desire to reach his own people, the Jews. His job had been hunting down and harassing believers in Jesus until Jesus turned him around, and he became a believer himself! This change of heart made Paul the worst kind of turncoat in Jewish eyes. They chased him, harassed him, and were possibly even the ones who stoned him in Acts 14:19-28 since stoning was a Jewish form of punishment. Even so, Paul writes:

Having a “heart’s desire” love for people in cults can be a rather peculiar thing! Unless they happen to be a person questioning their religion, they do not want your help! They certainly do not have a fondness for you when you witness to them! They often “talk down” to you and very often try to talk over you! It’s not a touchy-feely kind of calling. And we know upfront that most cults warn their members that we who reach out to them are truly malevolent, tools of the devil. We know, for example, that according to Watchtower Society teaching – which the individual JW sitting across from us believes whole-heartedly – we are so-called evil opposers working for Satan. Yet, we are not bothered by that because we know it’s not true! We do not hate them – we believe the devil has ensnared those with whom we meet to do his will. (2 Timothy 2:26)

Joy joined a bowling league in the 1970s, and several of the women were JWs. She loved them. They were funny, good mothers, and delightful people but were JWs. Joy became a woman on a mission and recruited me to help. We knew very little about their religion, but while learning about JWs, we also developed a much deeper understanding of our Christian faith’s essential doctrines because we had to defend it. It wasn’t long before we met a few other Christians with the same God-given passion for JWs – Corkey and Todd McGhee being two of these, Joanne and Bill Kalin two others, and along the way, Bill Cwik (the Snarky Apologist) and others joined our merry band. By and by, we founded MCOI and had a helpline specifically dedicated to JWs, and later we branched out to learn about many other cults and false religions too.

Now here’s the kicker. One day a JW woman called the helpline, and Joy answered. This woman was very afraid to talk to us (evil opposers, Satan’s tools) but was very depressed and had thoughts of suicide, so she screwed up her courage and called, though at first, she withheld her name. She was afraid that her doubts and fears would prevent her family from making it through Armageddon, and she couldn’t bear that thought. The woman asked how Joy had gotten involved in this helpline, and when Joy told her, she realized that she knew who Joy was – they had bowled together on that league in the 1970s. Then the woman revealed that she was the individual who had persuaded the other JWs all those years earlier to join the bowling league in the first place. Absolutely amazing! After a few weeks of talking by phone and sending material to her to read and listen to, she and her family came to the faith. She had been a JW for 24 years and her husband for 35 years. We then discovered a few other interesting things. As we met and talked with the family, each one would bring up various times in their door-to-door work that they met with “a born again” who actually knew stuff about the Bible and asked thought-provoking questions which bothered them. We also found out the husband’s elderly aunt, who lived in another state, was a Baptist and had been praying for him every day for the 35 years he was a JW.

Follow God’s plan in all of this: The husband became a Jehovah’s Witness, and his aunt began praying for him. He met and married a woman who also became a Jehovah’s Witness. His aunt continued praying for him and his JW wife too. They had kids they were naturally raising as JWs. The aunt continued faithfully praying for the family. All the family members “happened” at various times to meet Christians at the door who were able to give a solid biblical witness and perhaps had also begun praying for them. The JW wife met Christians at her work who treated her well, which was incongruous with how the Watchtower described the evil worldly people in so-called “Christendom.” It bothered her – and the husband’s aunt kept praying. The wife persuaded other JW friends to join a woman’s bowling league while the faithful aunt continued to pray. Joy met these women on the league, and God put a special love in her heart for them – all the while the aunt was praying. Perhaps the scariest – and most awesome – part of this story is that we were the answer to the aunt’s prayer. Since then, every time we meet and witness to a JW, we assume someone who loves them is in the background praying! We have often found that to be the case if the person became a believer. Needless to say, whatever the outcome, we pray regularly for the JW, Mormons, or whoever we meet.

None of this is any pat on our back – it was and always is entirely God’s doing. We were blessed in that case to be able to see behind the curtain. We often “live by faith” that these meetings are God’s appointments that will bear fruit at His appointed time.

This kind of story is certainly not limited to counter-cult or apologetics ministries. There are very similar “God coincidences” with God’s outpouring of irresistible love upon Christians ministering in the various types of Christian callings. And in all the varied callings, Christians live by faith and not by sight. It isn’t up to any of us to “win people to the Lord.” That is the job of the Holy Spirit. We present the gospel, make the best defense we are able, and pray. It might seem to some like a waste of time because often, our appeal is rejected. But we know those we meet with may never forget the things we said to them, and someone down the line may be the one who leads them to the Lord. God is lovingly building His tapestry – we are blessed to put in a couple of stitches.Ω