Heroes in the Background 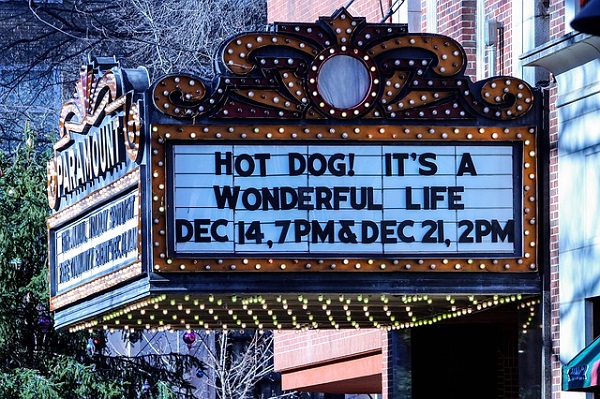 Image by JamesDeMers from Pixabay

The Christmas film classic, “It’s a Wonderful Life,” starring James Stewart, Donna Reed, and a host of others, is, as most of us are aware, the story of a decent man who does not realize the tremendous impact his life has had for the good on those around him. Although he does not realize it, George Baily is a hero, really, who lives somewhat in the background of his hometown of Bedford Falls. From his earliest childhood, George Baily had dreams of being a world traveler, a man of HUGE worldly success, perhaps a bridge designer or someone with other significant accomplishments. No small-town life for him – he had big plans! However, as his life unfolded, George postponed his big dreams at various points for the advancement of others and for the good of the town. He had a wonderful marriage and family. He is also a man with the character and moral fortitude to stand up to the Snidely Whiplash of the town, Mr. Potter, the banker and, as it happens, the owner of most of the businesses in the community of Bedford Falls.

George kept most of his life frustrations to himself until the day that his partner in the Building and Loan business, absent-minded uncle Billy, misplaced an eight-thousand-dollar deposit. The loss could have bankrupted the business and potentially put someone in prison, possibly even George himself. In despair, George attempted suicide, but even that plan failed as he “was forced” to rescue someone he thought was drowning. We all know that the rescuee was Clarence, George’s newly assigned guardian angel who had intentionally jumped into the river knowing how George would react. While drying their clothes, George told Clarence – whom he did not realize was an angel – that everyone would have been better off if he had never been born. Clarence spent the rest of the film showing George what life in Bedford Falls, recast as Pottersville, would have been like if George had never lived. It is a very touching movie if you can overlook the bad theology regarding angels, etc.

A friend recently posted some thoughts written by a Tim Clark for his wife Yvonne Clark, which gives a slightly different perspective on this film classic. He writes,

I realized something while watching “It’s a Wonderful Life” recently. It was something I missed the first 326 times I watched it. That is, I think the hero of the story isn’t George, it’s Mary.

Tim Clark extols the virtues and contributions of Mary and the many ways Mary served her husband, children, and community. She was at George’s side when he was trying to protect the Building and Loan during the run on the banks, which happened on the day of their wedding. Mary offered their $2,000.00 “honeymoon money,” all of which George used except $2.00 to assuage the investors’ fears. That afternoon she created a “honeymoon suite” out of a leaky, abandoned house and then later turned that house into a warm home for the Bailey family. In George’s darkest hour, it was Mary who rallied prayer warriors and alerted those in town whom George had served to the disaster that was unfolding. She was a hero and did it all quietly, in the background, seemingly unnoticed.

Mary isn’t the hero of the story, but neither is George. They are both heroes who lived extraordinary lives, putting others first while living mostly in the background. George had wanted the glorious life experiences that he imagined were more significant but invested himself in encouraging and helping others. He sent his younger brother to college in his place and remained behind to save the Building and Loan and the people it served to rescue them from servitude to Potter. George’s brother went on to be a war hero. After seeing all of the lives he touched, George Bailey realized he had had a wonderful life after all.

The world we live in is often a very selfish place and calls for us to focus on ourselves and put our own desires first. Our personal happiness is elevated as the highest goal. We can find that thinking even in many churches today. “God loves you and has a wonderful plan for your life.” It is true that God loves you, but what if His wonderful plan is that we postpone or even set our big dreams aside to serve others? Ouch! Like George Bailey, that might not be our first choice, but it does sometimes seem to be God’s desire for our lives.

That Christian ideal doesn’t square with modern sensibilities, yet interestingly, this movie is beloved by millions of people in our culture, with most people applauding George’s self-sacrifice. People’s hearts seem to still resonate with the old-fashioned ideal of selflessness over selfishness, and they recognize that George Bailey truly is “the richest man in town.”

In Luke 22, Jesus interrupted the disciples who were jockeying for positions of greatness with this:

The Master, to Whom we owe everything, took on human flesh to serve us who are His debtors. In doing so, He set an example that we might serve one another.

All of this does not mean we shouldn’t have dreams or make plans; however, James 4:13-15 cautions us to hold them loosely:

Come now, you who say, “Today or tomorrow we will go into such and such a town and spend a year there and trade and make a profit”— yet you do not know what tomorrow will bring. What is your life? For you are a mist that appears for a little time and then vanishes. Instead you ought to say, “If the Lord wills, we will live and do this or that.”

Some of our cherished plans might just end up on the cutting room floor.

What will the New Year bring as we turn the calendar from 2021 to 2022 at midnight tomorrow? None of us knows, so our plans should probably start with the phrase, “if the Lord wills…,” and carry out what we do know, serve those God has put into our lives. God may just have a more significant plan for our lives, far beyond the one we had constructed for ourselves.