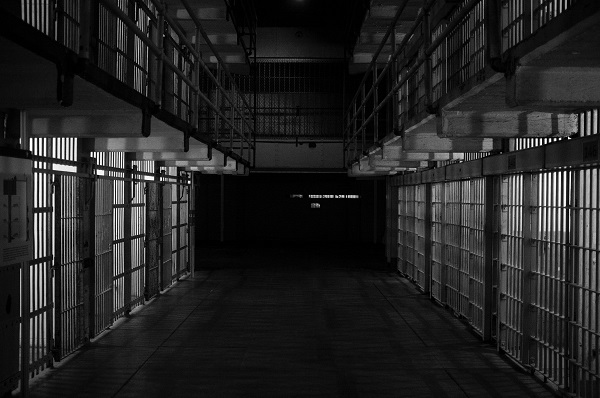 Photo by Emiliano Bar on Unsplash

Before the first seven notes of the song are finished, nearly everyone knows it is Folsom Prison Blues by Johnny Cash.  He first wrote the song in 1955, recorded it in 1957, and included it on a compilation album All Aboard the Blue Train in 1962. The song skyrocketed to #1 after he recorded it live in Folsom Prison with the inmates as the audience. It is a morality tale and a ballad of desperation. It also may give us at least a small glimpse of the unending hopelessness of hell, the separation from God, and all goodness.

I hear the train a comin’
It’s rolling round the bend
And I ain’t seen the sunshine since I don’t know when
I’m stuck in Folsom prison, and time keeps draggin’ on
But that train keeps a rollin’ on down to San Antone

The train is a constant reminder of everything this man has lost. He is cut off from the outside world because of a horrendous choice he made. He chose evil rather than good. We learn that when he was young, he had at least some moral instruction:

When I was just a baby my mama told me
“Son, always be a good boy, don’t ever play with guns”

But I shot a man in Reno just to watch him die
When I hear that whistle blowing, I hang my head and cry

Is his reaction due to remorse for the killing or for his own deprivation, or both? We are not told but in his mind’s eye he continues:

I bet there’s rich folks eating in a fancy dining car
They’re probably drinkin’ coffee and smoking big cigars
Well I know I had it coming, I know I can’t be free
But those people keep a movin’
And that’s what tortures me

He knows the free life, the good life, on the outside has continued on without him. In addition, he knows he deserves what is happening to him – admits his sentence is just and that he will serve it out. What tortures him? His loss of everything meaningful in life.

Most of us will never see the inside of a jail, much less prison or worse – solitary confinement. How Solitary Confinement Works | HowStuffWorks gives us an idea of the cell in solitary and the daily routine:

Solitary confinement, also known as “segregation,” “restrictive housing,” “lockdown” and “isolation,” entails keeping a person locked up for 22 to 24 hours a day without human contact. Prisoners are typically placed in tiny cells measuring around 80 square feet (7.4 square meters), which is smaller than a horse stable. The cells generally contain a bed, sink and toilet, with meals delivered through a slot in the door. Overhead light may be kept on in the cell at all times. Inmates are released from their cells for an hour each day to exercise, although they’re often transferred to a cage or walled area to do so and may be kept restrained.

Retired Navy Lt. Cmdr. Thomas Edward Caldwell recently shared his experience of being incarcerated for 53 days, 49 of which were in solitary confinement,

Here’s what hell really is, okay? Hell is isolation. Now there was no river of fire for me. But I was isolated and ice-cold air blowing on me twenty-four hours a day. I couldn’t stop shivering from the whole time I was in there… I was put in what amounts to a supermax, with the most hardened criminals that they had in that particular facility.

…Really, it was the kind of situation where you were off kilter. You didn’t know if it was day or night… This was a concrete box… I was in a concrete coffin, with a huge steel door and I was absolutely alone. What hell is, is isolation and hopelessness. And you know, sometimes its deathly quiet in hell. But sometimes it’s very, very loud. There is life in a manner of speaking, going on around you. But you don’t have any interface with people and people are herd animals. And so, one of the things you want to do, you want to be around people. …I shared with Sharon [Thomas Caldwell’s wife] the other day, one of the things about this hell that I was in is, you think about the anguish of the other people that are in the same situation that you are in. And in the middle of the night or the middle of the day, you can hear screams. Screams echoing down the passageway of people that were either hurt or they were in anguish…and it was actually, absolutely, absolutely horrible.1Tucker Carlson Show, Fox News, November 4, 2021; Retired Navy Lt. Cmdr. Thomas Edward Caldwell was arrested for allegedly forcing his way past barricades and climbing up to a balcony on the west side of the U.S. Capitol building in the Jan. 6 riot. Without a trial he was incarcerated for 53 days, 49 of which were in solitary confinement.

For most of us, it is difficult to imagine how horrible it would be to exist – it would be hard to call it living – in this condition. You are in anguish. There is no contact with others. It is you alone with your thoughts – regrets, despair, anger – in emotional and physical distress. You are filled with horror that you have lost even the small blessing of a simple walk in the sunshine, or to share the love or even friendship of another. Instead, you hear screams. Screams echoing down the passageway from others that are either hurt or in terrible anguish. You don’t even know if you are hearing them in the middle of the night or the middle of the day – because you have lost all sense of time.

Even so, solitary confinement in an earthly prison is not hell. People in prison know that the day will come when they will be released from this life by their own death. In hell, people are already dead. There is to be no end to their anguish.

Many don’t like the biblical teaching of hell, and some have tried to find ways to eradicate it from Scripture by changing its meaning. Jehovah’s Witnesses, Seventh-day Adventists, and others just claim that hell simply means “the grave.” Therefore, they must also eradicate the concept of a person having a “soul” that survives death. They teach that a “soul” is just the person himself – and death is where the person is annihilated – just goes out of existence and is no more.

Others, like the late theologian, John Stott, try to mitigate the horror of hell by making the torment temporary, after which the souls will be annihilated.

Then there is Rob Bell, Brian McLaren and others who teach universal salvation – all will be saved so hell is no longer necessary. They picked up much of this from the chief theologian of the Enneagram, Richard Rohr. Hell, in their thinking, is only a metaphor. According to this view, penal substitution – Christ’s death on our behalf to reconcile us to God – is unnecessary since we have never been separated from God! Rather, our “True self” is and always has been with God. However, as “John Stott Annihilationism” points out

Paul wrote in 2 Thessalonians 1:8-9 that God “…will punish those who do not know God and do not obey the gospel of our Lord Jesus. They will be punished with everlasting destruction and shut out from the presence of the Lord and from the majesty of his power.” Finally, Jesus himself said, “Then they will go away to eternal punishment, but the righteous to eternal life” (Matthew 25:46).

Jesus described it: “In that place there will be weeping and gnashing of teeth.” (Luke 13:8) “Why Is ‘Gnashing of Teeth’ in the Bible?” describes it this way:

If we take a look at the Greek phrase used in Luke 13:28, the gnashing here denotes “extreme anguish and utter despair of men consigned to eternal punishment in hell.” Some other translations of this phrase might allude to snarling or growling through the teeth… Teeth gnashing usually coincides with pain, indignation, or a sense of forlornness.

Often people jest that they want to go to hell because “all of their friends will be there.” It may or may not be true that “all of their friends will be there,” but they will not be able to comfort one another in any case. There is no comradeship in hell. Hell will be everlasting aloneness, separated from God and His general grace. They are eternally separated from everything which makes life bearable and worth living. No light – it is outer darkness. No love – we are separated from all human contact. No comfort and no one to comfort us. There is only the person, by themselves, with their thoughts, memories, regrets, anger and perhaps hearing the sounds of others who are also weeping and gnashing their teeth in torment.

Hell is horrible and not something pleasant or easy to contemplate. Many are completely focused on their temporal lives and do not really believe in either an eternity with God or an eternity separated from God and all that makes life worth living. For some, that focus on this life is completely intentional, as the last thing they want to “find time” to contemplate is a place like hell. Others are furious with the very idea of hell, furious with God and furious with people who hold to the scriptural truth about eternal punishment. That fury won’t protect them, however. Adding hopeless fury to the despair and anguish of hell will not mitigate its horror. In any case, the fury is displaced – God does not want anyone to go to hell, and Christians certainly do not want that either. God wants every person to lay down his or her anger and come to Him – and receive His free gift of forgiveness and eternal blessing. It is the most important decision anyone will make in this life.

Jude’s reminder and challenge is important:

But you, beloved, building yourselves up in your most holy faith and praying in the Holy Spirit, keep yourselves in the love of God, waiting for the mercy of our Lord Jesus Christ that leads to eternal life. And have mercy on those who doubt; save others by snatching them out of the fire; to others show mercy with fear, hating even the garment stained by the flesh. (Jude 1:20-23)

It is a sad state of affairs when a secular TV series, ER, has a better grasp on this eternal issue than some churches and celebrity Christian leaders. In three minutes, actor Jonathan Banks does a masterful job portraying a dying physician begging a chaplain for the answer to his urgent question about eternity.

“I want a real chaplain who believes in a real God, and a real hell…I need someone who will look me in the eye and tell me how to find forgiveness because I am running out of time!”

A real chaplain who believes in a real God, a real hell and would look him in the eye and direct him to what the Apostle Paul wrote:

But what does it say? “The word is near you, in your mouth and in your heart” (that is, the word of faith that we proclaim); because, if you confess with your mouth that Jesus is Lord and believe in your heart that God raised him from the dead, you will be saved. (Romans 10:8-9)