Children of the Cult 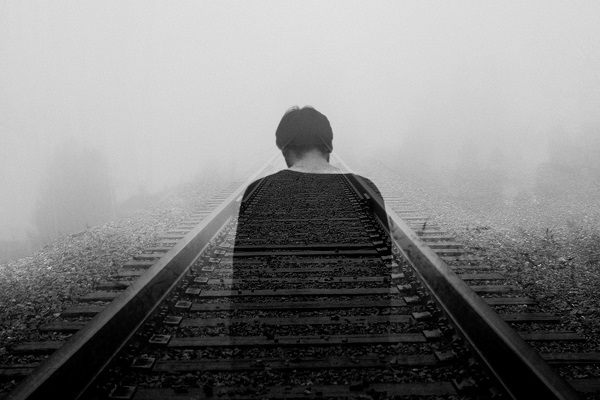 Children of the Corn was a short story written by Stephen King and first published in 1977. It has since been adapted for film and television. It is a simple tale of a small town inhabited by a cult of children, all under the age of nineteen. The Christian church and Bible were deemed evil and therefore vandalized by the cult. A core doctrine was that before the children turned nineteen, they must commit suicide or be killed. This rule was mandated by an entity the cult refers to as, “He Who Walks Behind the Rows.” Even those members who do not like this rule submit out of fear of “He Who Walks Behind the Rows.” This is of course a fictional tale but is never-the-less a pretty accurate representation of children who are raised in cults and/or authoritarian religious groups. The powerful being they have been taught to believe in is an evil distortion of the God of Scripture. The young people today who leave authoritarian groups and/or cults, or are kicked out of their group, very often reject the “god” of the cult, but they do not realize Scripture too rejects the false god they were taught to believe in. They have realized they cannot possibly live up to the rigid standards imposed upon them, and so often they wander through life feeling as though God Himself has rejected them.

In 2002 our book, A Matter of Basic Principles: Bill Gothard and the Christian Life, was released. Although Gothardism is not theologically a cult – meaning that it does not reject essential tenets of the faith, such as the Trinity or the Deity of Christ – it is a patriocentric authoritarian group and can certainly be considered sociologically to be cultic. Authority is the key feature of Bill Gothard’s teaching. It is structured in such a way that the wife and children are essentially the property of the father. Authority, according to Bill Gothard, is an “umbrella of protection.” To get out from under the umbrella of protection is rebellion – and here Gothard sets a biblical hook with 1 Samuel 15:23 and quotes, “rebellion is as the sin of witchcraft.”

Gothard claims his mandates are “non-optional principles,” though thankfully, not all his followers buy into his teachings as deeply or as consistently as others. Those who dive deeply into his authoritarian theorem, however, often become spiritually abusive, using God as the big stick to keep the wife and children “in line.” Of course, children should be taught to respect and obey both their parents, but they must also be shown real love and taught throughout their childhood how to live so they might face life as fully functioning God-honoring adults, who have the ability to deeply love others.

A few years ago, we got a call from a counselor who was dealing with a woman in her early forties who had grown up in Gothardism. Her “authority” (father) never let her court a potential spouse. Since she wasn’t married and had not thus been “transferred” to another authority, she was not given permission, even as an adult, to move out of the family home or even to hold a job. Her parents had recently passed away, and she was completely unprepared to live on her own. She was also terrified that she had somehow offended God and so deserved the awful fix she found herself in. She only knew of a God who represented cold authoritarianism and no grace at all.

A state senator who had been involved in a Gothard-influenced church for over 20 years called and ordered two cases of our book shortly after he had read it. He was concerned that many of his volunteers were young people who had grown up in Gothard’s ATI homeschooling with parents that had been quite involved in attending Gothard’s seminars. When the kids were old enough to legally leave their childhood homes, many left Gothardism and rejected God in favor of atheism or agnosticism. The senator wanted to help these young people realize they weren’t rejecting the true God of Scripture, but a god of Gothard’s invention. We often say that just because God and Gothard both begin with “Go” and end in “d,” they are not the same thing. Since those days we have met with many people who had been raised in that system to help them unknot the false beliefs they had developed either by his direct teaching or peer pressure. The goal is to help them better understand Who God is, what grace is, and how it works in their lives.

Another group, the late Gwen Shamblin’s Remnant Fellowship, is theologically and sociologically a cult. In addition to denying the deity of Christ, the doctrine of the Trinity, and salvation by grace alone, through faith alone in Christ alone, Remnant Fellowship is also extremely authoritarian. A recent note we received from someone who grew up in the group begins:

What lies ahead is years of emotional and developmental stunting… years of feeling alienated from secular peers because nobody taught you how to express emotions in a healthy way…Conflict and strife in your life will overwhelm you and feel foreign. You won’t know how to handle it and so you will forever fear the world around you, perceiving any imperfect person as suspicious because of the sin they could be living in. You have seen numerous people in your life disappear because sin took them away from you. You don’t want that to happen to you and so you stay…This works until you hit puberty. Suddenly your brain is going a mile a minute with questions, desires, passion, and empathy that you don’t understand. Are you being possessed? Are you being punished?

You start to ask questions of those [in the group] around you and they brush you away and tell you that they miss the version of you before you questioned everything…All anyone can tell you is that you simply aren’t good enough for God and that it’s your fault.

Note the similarities of this individual with the woman raised in Gothardism – “years of emotional and developmental stunting,” “nobody taught you how to express emotions in a healthy way,” “feeling alienated from secular peers,” “perceiving any imperfect person as suspicious.” This last one would include pretty much everyone since we are all imperfect, “for all have sinned and fall short of the glory of God.” (Romans 3:23) And to the child raised in Gothardism or Remnant Fellowship, so-called “secular peers” would include anyone outside of the tightly controlled group, whether or not they are Christian. They would think it obvious that no one is truly serving God if they are not “one of us.”

This is also true of people raised in the Jehovah’s Witnesses or other groups who have very similar stories to tell. Many children of the cults become atheists or agnostics or just walk this earth spiritually alone – shunned by “God’s people” and God Himself. It’s very scary to believe that you have lost God, even though their god is not the true God who loves them. Others turn from authoritarian cults to loosey-goosey New Age beliefs that are not grounded in any truth at all about God. There is a cost to false teaching, sometimes bringing severe consequences in this life, and often bearing eternal consequences as well. During His earthly ministry, Jesus expressed His concern over children:

So it is not the will of my Father who is in heaven that one of these little ones should perish. (Matthew 18:14)

A little before that He said,

Whoever receives one such child in my name receives me, but whoever causes one of these little ones who believe in me to sin, it would be better for him to have a great millstone fastened around his neck and to be drowned in the depth of the sea. (Matthew 18:5-6)

One of our favorite passages of Scripture is the story of the Prodigal Son in Luke 15. It is the story of a disrespectful son who demands his share of his inheritance, leaves home, and lives badly, bringing disgrace upon his father. Our favorite part of the passage is what it tells us about the father when his son decides to return to his father’s house:

But while he was still a long way off, his father saw him and felt compassion, and ran and embraced him and kissed him. (Luke 15:20)

Even from a distance, he knew his child’s walk. He didn’t wait for the boy to arrive; he ran to meet him. The father didn’t demand some sort of groveling, but “embraced and kissed him.” Cults and authoritarian groups do not understand that God loves us in spite of our fallen state, not because of our own inherent goodness. We cannot earn His love and Paul comments,

but God shows his love for us in that while we were still sinners, Christ died for us. (Romans 5:8)

If you know of a person who is lost in the wilderness because of cult involvement, pray for them, lead them to a Father Who deeply loves them, and as much as possible, show them the love of God yourself.Ω