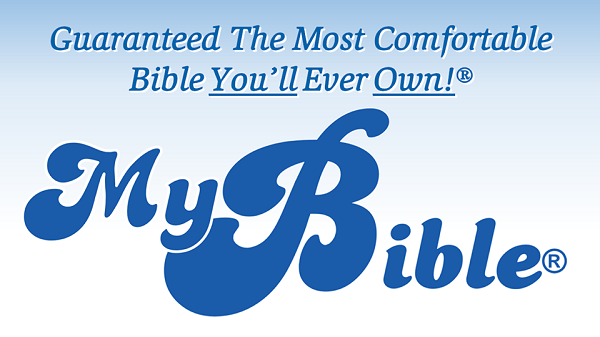 During the sixteenth century battle between the reformers and the Roman Catholic church, the reformers developed the Five Solas which demonstrated their core beliefs in contrast to the Catholic Church from whom they were separating. The first of the five was Sola Scriptura – Scripture alone. Over the preceding centuries, Rome had developed a tradition that placed the teaching magisterium (College of Cardinals) in union with the Pope, as the final authority for faith and practice. As we point out in “Thus Saith Rome,” the view of the Roman Catholic Church was and continues to be that Scripture is inspired by the Holy Spirit, which we also believe. However, in addition, the Roman Catholic Church held that their church tradition is likewise inspired by the Holy Spirit, and both sources are on an equal par with one another. Additionally, the Roman Catholic Church held that the College of Cardinals in conjunction with the Pope is the only authentic, infallible interpreter of Scripture and tradition. This allowed Rome to have continually evolving doctrines, far removed from what the scriptures actually teach. We have a short sampling of the effects of Prima Scriptura – the Roman Catholic position – showing some of the changing doctrines of Rome since the 4th Century.

As stated above, the first of the Five Solas is Sola Scriptura or Scripture Alone. Matt Slick at CARM points out in “What are the Five Solas?”:

This does not mean that tradition or councils are not considered. It means that the Scriptures alone are the final and the highest authority.  Everything that the Scriptures address are to be used as the final word on that topic. All things that we learn from other sources must be compared to Scripture, and if they do not match Scripture or if they contradict Scripture, then we are not to affirm them. The Bible says not to exceed what is written (1 Corinthians 4:6).

On the other hand, Prima Scriptura, as this Wiki article points out, “has other sources of divine revelation”:

Implicitly, this view suggests that, besides canonical scripture, there can be other guides for what a believer should believe and how they should live, such as the Holy Spirit, created order, traditions, charismatic gifts, mystical insight, angelic visitations, conscience, common sense, the views of experts, the spirit of the times or something else.

Interestingly, this position of evolving doctrine also tends to be the view of today’s Progressives. One of the major areas this impacts for Progressives is morality and human sexuality. We touched on this a bit in “Is Progressive Christianity Christian?” Progressives want to be viewed as Christian and see the need to include the Bible and a modified Jesus in their faith in some way for credibility and validation. Prima Scriptura provides the vehicle through which “mystical insight,” “the views of experts, the spirit of the times or something else” is given a heavy hand in assessing “truth,” apart from –and overriding – the clear teachings of scripture on a given subject. Emergent leader and Progressive Brian McLaren, for example, knew the clear teaching of Scripture on homosexuality but gave “experience” a higher authority than Scripture:

“I had gone through my change in this view before I ever guessed that any of my kids might be gay,” he said on the radio program.

“I was a good kid, I believed what I’d been told. And as a pastor, I started having gay people come out to me and what became clearer and clearer to me is that their experience was not explained by the theology I inherited,” he explained. “And that it would be unjust to continue to uphold what I’d been taught. Maybe I could say it like this: My call to love God and love my neighbor was in conflict with what I’d been taught the Bible required me to say and do.”1“The Goose Chase Brian McLaren Finds Himself In,” Don & Joy Veinot, 2016

This modern shift from Sola Scriptura to Prima Scriptura has aided in shifting the broader evangelical church into acceptance of LGBTQ+ as normative because a large percentage of society or “the spirit of the times” has embraced it.2“An Advancing LGBTQ Movement: What Should Christians Do?” AFA, 2018 It aids in reshaping your Bible into being “the most comfortable Bible you will ever own.” (Note: This is a satirical commercial)

For the last 8-10 years, The Reformation Project, founded by Matthew Vines, author of God and the Gay Christian, has been making a concerted effort to replace the clear teaching of the word of God with an experience, “the views of experts, the spirit of the times or something else” as inspired truth equal or even superior to Scripture. Jennifer Hatmaker, who shocked much of the evangelical church in 2016 when she called for full inclusion of the LGBTQ+ community in the church, is a speaker at the 2021 Reconcile and Reform National Conference put on by The Reformation Project. The title of both the conference and the organization is clear. However, unlike The Reformation of the 16th century, this reformation is not to bring the church back to the Word of God as the final authority for faith and practice, but to “reform” the church in the opposite direction, embracing Prima Scriptura in order to reconcile and embrace LGBTQ+ as acceptable and pleasing to God. They do claim to be a “Bible-based, Christian organization,” but the Bible is definitely not the final authority for faith and practice, for them or Jen Hatmaker. 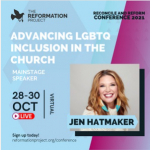 The Progressive leaders at The Reformation Project assert, “The Christian tradition doesn’t address sexual orientation.” Notice they do not claim or even hint that sexual activity isn’t discussed in Scripture or the writings of the early church. Instead, they sanction LGBTQ+ based upon “the views of experts, the spirit of the times or something else.” They implicitly admit additional revelation “for what a believer should believe and how they should live” when they write:

This is misleading at best. Indeed, we don’t find LGBTQ, with or without the +, in either scripture or church dogma. The term had not yet been invented. So, although the words in current usage are not found, the teaching on these behaviors most definitely is. The Scriptures and church tradition are very clear – sex outside of the marriage of a male and female is sin. That includes adultery, fornication, homosexuality, incest, bestiality, and more. For example, Leviticus 18:20 describes the act of adultery while not explicitly using the word.

And you shall not lie sexually with your neighbor’s wife and so make yourself unclean with her.

If a man lies with a male as with a woman, both of them have committed an abomination;

If a man lies with an animal, he shall surely be put to death, and you shall kill the animal.

And to be egalitarian on this issue there is Leviticus 20:16:

If a woman approaches any animal and lies with it, you shall kill the woman and the animal;

Some may ask if we are suggesting the death penalty in our society for these behaviors, and if not, why not? The answer is twofold. First, America is not a theocracy as was ancient Israel. The Covenant detailed the Nation’s laws and practices. There is only one Israel and we are not her. And in the New Testament, Paul explains to us in the church age that the Law was given to show us the utter sinfulness of sin before a Holy God. It was, as Paul wrote, a schoolmaster to bring us to Christ. (Galatians 3:24-25) The schoolmaster teaches us what is unequivocally right and wrong, in possible contradiction of whatever “feelings” one may have – and certainly not based upon “the views of experts, the spirit of the times or something else.” Only when we look in the mirror of the perfectly righteous Law and see our hopeless condition will we accept God’s remedy for our situation.

Christians are no longer under the Law but under grace. Having acknowledged and accepted Jesus’s fulfillment of the law on their behalf, they have gloriously gained a full pardon for their sins and have been adopted into the family of God. Does that mean we are now free to sin with abandon? Again, the Apostle Paul writes,

What shall we say then? Are we to continue in sin that grace may abound? By no means! How can we who died to sin still live in it? (Romans 6:1-2)

Sola Scriptura directs us to focus on God and His holiness and to grow in holiness ourselves as we are conformed to the image of Christ. We fully accept that God’s view of right and wrong, spelled out in the scriptures, is completely RIGHT and does not change.

Prima Scriptura changes direction and puts the focus on us. Progressives are working to conform the word of God to reflect our deeply flawed human image.

In our nation citizens have every right to try to persuade elected officials to pass legislation that favors their views and beliefs. This is true for LGBTQ+ and for evangelical Christians as well. However, God’s proclamations of right and wrong cannot be changed based on our feelings nor on the zeitgeist of the age we live in. Our object is not to “pick on” a particular group (LGBTQ+) as examples of people writing their own rules without regard for God’s standard. The LBGTQ+ is only one example of people choosing to challenge what God has clearly stated to go their own way. The LGBTQ+ issue is rather a prominent flashpoint in our time. But there are many ways that people of our age are attempting to justify their behavior, to turn right and wrong upside down. Self-justification is a deadly pursuit in the end, and so useless. It’s not a matter of good people vs bad people, because everyone has transgressed God’s standards. There are no “good people” in their own right. (Romans 3:10) Jesus Christ is the only One who never transgressed God’s perfect standard. Christians are people who believe (about themselves) what God says is true and gladly accept His gift of a pardon. Without God’s loving provision on our behalf, no one would be considered by God as “righteous.” God justifies those who believe that He has saved them, through absolutely no goodness of their own.

The scripture teaches there is a Day when God will judge mankind based upon His Holy standards. It’s rather appropriately called “Judgement Day.” Any person whose name is not written in the Lamb’s (Jesus’s) Book of Life shall stand before God in that Judgment. (Revelation 20:11-15)

A person’s only hope for eternity lies not in challenging God’s clear position of right and wrong, but in reconciling him or herself to God through the sacrifice of Jesus Christ. How will one come to God and accept His full pardon if he refuses to acknowledge his or her sin? We beg of you today to give up the fight of prideful self-justification and accept God’s gracious pardon.