Invoking the Power of “Mom” 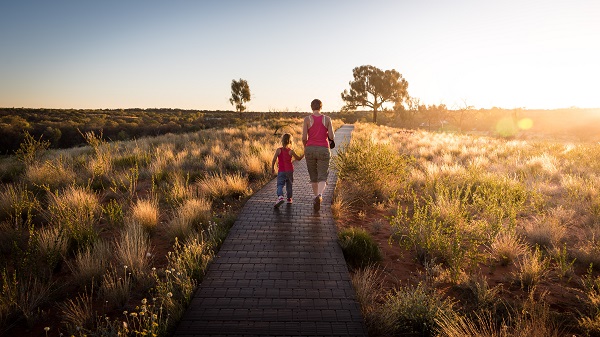 Photo by S&B Vonlanthen on Unsplash

Often when Christian’s talk with those of a different belief system or worldview, they have the idea that by simply presenting the facts and evidence for the Christian worldview, the person will “see” the truth, and embrace it. If only it were so! It is of course very important to be ready and able to present the facts and evidence that underpin Christianity, but there are other important obstacles to consider in presenting the gospel to people.

Often it is the different definitions or understanding of terms we use that may hinder communication. That sounds odd, but if we say to a Mormon, for example, that Jesus is God, they will agree with us – but their understanding of Jesus’ godhood is very different from ours. The believe that Jesus (and indeed all of us) was born on another planet. He came to earth to receive a physical body and earned the position as god through faith plus works. And since he was once a man just like us, in Mormon dogma, we can become gods like him!

A Hindu would likewise agree that Jesus is God, but in their view, there are many gods, so adding Jesus to the mix is not a big problem. Jehovah’s Witnesses claim Jesus is a god, but of course not THE God. So, Christians and non-Christians can and often do talk completely past each other, believing entirely different things but using the same terminology. A Christian may be fooled into thinking the person they are talking to is a Christian because they use the correct words and phrases and “sound just like we do,” though their belief system is completely at cross purposes with the true gospel. We must make sure we clarify terms, ours, and theirs, when engaging them.

Another major obstacle to communication is the person’s strong emotional attachment to the group they are in. Many religious groups and organizations portray themselves as the ultimate “mother” to their devotees.

Since true Christians are not taught to devote themselves to their church in this highly emotional way, they often cannot understand the brick wall they generally run into when presenting the serious error in the group’s teachings. The “Mom doctrine” places a powerful hold on the mind of the person. How can they even listen to criticism of their dear “Mom?” This very often prevents followers from even hearing anything that may cause them to question their beliefs or leaders. Physically they are not deaf, but in a spiritual sense, they are. They simply cannot seem to comprehend what you are saying to them, no matter how persuasively you present your case.

In 2014 I (Don) was speaking at the Witnesses Now for Jesus Convention. As I was nearing the end of my talk, I pointed out that we often think we are debating ideas, but we are seen by a cultist as attacking “Mom!” I looked out into the audience and asked a friend, another missionary to cults, if his mother was still living and he replied that she was. I further inquired as to whether he trusted his mother and he affirmed that he did. I then proposed the idea to him that though he thinks his mom is a wonderful person, his mother is a drug kingpin in her area. This elicited a smile and he assured everyone that is not true. I went a bit further and posited that mob boss Mom was responsible for killing hundreds of people that “got in her way,” which brought out laughter. I then informed him that his baseball and apple pie “Mom” with her rosy cheeks and red-checkered apron is not really his mom at all but an imposter who had stolen him away from his real mother. More laughter. Finally, I asked him if he would believe me if I could produce and show him hard evidence that my accusations were true? Would he be willing to look at it? He said he might look, but he would never believe it. Of course, he wouldn’t. “Mom” is sacrosanct, with or without the red-checkered apron with which she may have dried our childhood tears. She for most of us represents the deepest emotional attachment of our lives.

Cult groups shamelessly use this truth to their advantage. The Watchtower Bible and Tract Society writes:

“When we consider the tender care of our heavenly Father as manifested through his loving, motherly organization, how can our hearts but be refreshed and warmed with overflowing appreciation? When we taste the rich and sumptuous food he provides and observe the careful attention to detail with which our mother has served it, how can we speak anything but praise for worthy parents? And when we truly see the great motherly organization of God …” 1Watchtower, May 1, 1957, p 284, italics added

Notice that they not only present the cult organization as “mom,” but put “her” – the group’s leaders and their teachings – on a par with God himself, who is the “father.”

The Watchtower is certainly not the only group which does this. Other cult groups and false religions offer themselves as “Mom” as well. Cult members may be more than willing to argue scripture or spiritual concepts with someone, and many are taught to do just that, but certainly they do not want to hear negative information about their organization, which has portrayed itself as their loving Mother. If you have good evidence to show that his group is an utter fraud, lying to him and others, he might say he will look at your evidence, but his mind will likely already be closed tightly against it. That’s why doing the work of evangelism or apologetics is not quite as simple as giving people the facts and watching a “light” descend on the person they are witnessing to.

There is a strong emotional attachment to the group and its leaders. Again, most devotees of “Mother organizations” often will refuse to even look! In our experience, it is those who have some inkling that all is not kosher with “Mom” that will refuse most adamantly, call you a name and walk away in a huff. Yet, even appreciating how attached they are to their particular group, when talking to people in “Mom” groups, it will sometimes be essential to expose their “Mom” organization’s deceit and even outright lies if the person is to be released from bondage and reached with the gospel. Their eyes are essentially closed to the bible they probably claim to revere, because the group’s interpretation of the Bible sits squarely on top of the scripture. A JW may argue about John 1:1 all day, but unless you shake their faith in the organization, they will assume that “Mom’s” teachings and biblical interpretations (of John 1:1 and all other scriptures) are correct and put those teachings above any scriptural proofs one might cite.

So, in light of the emotional attachment that people have for their religious organizations, how can they be persuaded? The Apostle Paul’s words in 2 Timothy 2:24-26 really speaks to this issue. We are to present any hard truths and the gospel of salvation with humility, knowing that we ourselves were as lost and as blind as they are now.

The Lord’s bond-servant must not be quarrelsome, but be kind to all, able to teach, patient when wronged, with gentleness correcting those who are in opposition, if perhaps God may grant them repentance leading to the knowledge of the truth, and they may come to their senses and escape from the snare of the devil, having been held captive by him to do his will. (2 Timothy 2:24-26)

God is the one who ultimately draws and persuades them. Our part is to be as gentle in our presentation of any hard facts as we are able, while keeping in mind that gentleness does not mean silence concerning necessary hard truths.

The other huge “Mother” figure in false religion these days is of course, “Mother” Earth. The full realization of the great power of invoking “Mom” gripped me (Don) profoundly when I was at the 2015 Parliament of the World’s Religions in Salt Lake City, UT. The Parliament is a “Global Interfaith Movement” whose mission in their own words is as follows:

The Parliament of the World’s Religions was created to cultivate harmony among the world’s religious and spiritual communities and foster their engagement with the world and its guiding institutions in order to achieve a just, peaceful and sustainable world. 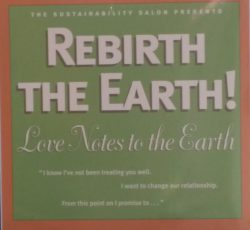 The Parliament’s central theme that year was the earth is mother. This idea was brought out in nearly every main session and the majority of breakout sessions and events. Wiccans, Pagans, and American Indian religions played a major role in reconnecting the attendees with the “feminine divine.” Most of the Wiccans and Pagans I was able to engage had grown up in evangelical churches but claimed they didn’t feel as though their churches provided real answers to the bigger questions of life. The Wiccan and Pagan sessions vigorously made the case that the original understanding of deity was matriarchal through the goddess. The earth is our “mother” who protected, provided, and cared for us, but we rebelled and replaced the original worship of the goddess with cruel patriarchy. We have horribly abused “mom,” who is now sick, and we must all work together to help her heal and return her to her rightful place in our worship and devotion. For the crowd of nearly 10,000, imbibing on the siren’s song about “Mom” becomes downright intoxicating!

The message raises humans up to a lofty height, giving them the power and the choice to either harm or heal their deity. It is a visual living example of Romans chapter 1, wherein Paul portrays the sad descent of mankind into futility and darkness, because they suppressed the truth that they all knew to be true.

For although they knew God, they neither glorified him as God nor gave thanks to him, but their thinking became futile and their foolish hearts were darkened. Although they claimed to be wise, they became fools and exchanged the glory of the immortal God for images made to look like a mortal human being and birds and animals and reptiles. Therefore God gave them over in the sinful desires of their hearts to sexual impurity for the degrading of their bodies with one another. They exchanged the truth about God for a lie, and worshiped and served created things rather than the Creator—who is forever praised. Amen. Romans 1:21-25 NIV

Because of this emotional attachment that has been inculcated in them, they interpret disagreement with their worldview and refusal to adopt the “remedies” they demand for their “sick mother” as being willing to go on callously abusing her, risking her destruction. The “Mom doctrine” of the Parliament is indeed an ancient belief, predating the other “Moms” of false religion, and it is growing ever more popular as Christianity seems to be losing the influence it once had on the world of men. Paganism is the mother of all “Mom doctrines,” and Christians would do well to understand it and teach our people, and especially our youth, how to withstand its siren song.Ω