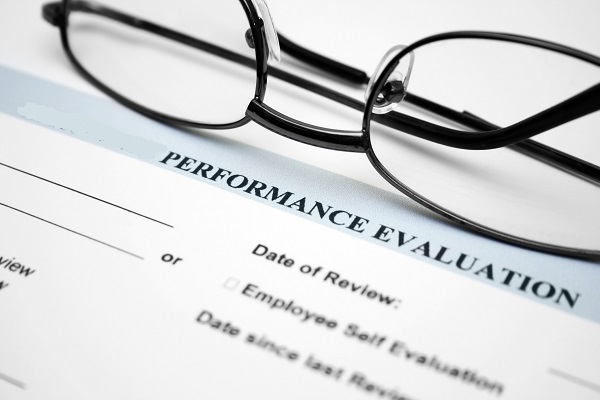 We originally posted this on August 3, 2017, as a follow-up to a blog which MCOI Senior Researcher Ron Henzel had posted a week earlier. His blog, “N.T. Wright’s Long Farewell,” drew comments which seemed to indicate that some believed salvation can only be achieved the old-fashioned way: We earn it. In light of more recent polls, we note this trend is continuing so it seemed appropriate to do a bit of an update. George Barna’s Cultural Research Center (CRC) published their “American Worldview Inventory 2020 – At a Glance” on August 4, 2020. The difference between the general population and those who identify as Christian is of interest,

New research shows that unlike past generations, who readily recognized the reality of sin and the need for salvation through Jesus Christ, American adults today increasingly adopt a “salvation-can-be-earned” perspective, with a plurality of adults (48%) believing that if a person is generally good, or does enough good things during their life, they will “earn” a place in Heaven.

The CRC narrowed the audience to those who identify as Christian and had a somewhat different result:

Most surprising in the latest findings from the American Worldview Inventory 2020 is that a majority of people who describe themselves as Christian (52%) accept a “works-oriented” means to God’s acceptance.

“But” some may object, “what criteria was used to determine if they come from Bible believing churches with a sound doctrinal statement?” That is a valid question. We will let CRC answer,

More shocking, huge proportions of people associated with churches whose official doctrine says eternal salvation comes only from embracing Jesus Christ as savior believe that a person can qualify for Heaven by being or doing good. That includes close to half of all adults associated with Pentecostal (46%), mainline Protestant (44%), and evangelical (41%) churches. A much larger share of Catholics (70%) embrace that point of view.

It seems therefore to be the growing belief outside and inside the biblically based church that, yes, Jesus may play His part in saving us, but we must contribute to the process – do our part. After all, we are asked, didn’t Jesus Himself say that?

Do not think that I have come to abolish the Law or the Prophets; I have not come to abolish them but to fulfill them. For truly, I say to you, until heaven and earth pass away, not an iota, not a dot, will pass from the Law until all is accomplished. (Matthew 5:17-18)

Additionally, didn’t the Apostle Paul write the in book of Romans that on judgment day God “will render to every man according to his deeds”? Those who persevere in doing good will gain eternal life. Now that can be considered pretty GOOD NEWS, wouldn’t you say? It sure seems better than certain damnation. All that mankind must do to gain eternal life is to persevere in doing good. (Romans 2:6-7) That shouldn’t be all that hard. We’re all pretty darn good, aren’t we? We follow the Ten Commandments and as many other laws as we can. We give to the poor as much as we can. We’re the good people, kind of like the Pharisees of old. We’re not sinners like those other people over there.

Even though Jesus did show us that God’s standard for holiness is much higher than the holiness standard the Pharisees were keeping, but still, we are at least pretty good, right? Or at least, we are surely more good than bad!

Perhaps we should ask what it means to persevere in doing good. According to Webster, to persevere is “to persist against obstacles, to continue steadfastly.” Steadfastly means constantly, constantly means continuously, and continuously means always. Aye, there’s the rub, as Hamlet might say. Do you know anyone who has done only good? Anyone who perseveres every day? We tend, in our humanness, to think that perseverance means to “keep trying,” when in reality it means “not ever failing.” That is the standard Jesus gave for human righteousness – simply perfection:

Throughout the rest of Matthew chapter 5, Jesus demonstrates how much higher than the Pharisees the true standard of holiness truly is. He makes many statements like the one in Matthew 5:27-28.

You have heard that it was said, ‘You shall not commit adultery.’ But I say to you that everyone who looks at a woman with lustful intent has already committed adultery with her in his heart.

Putting it into baseball terms, you must bat 1,000 your whole life through. One measly strikeout in your whole career will keep you from attaining that, no matter how many home runs you subsequently hit. You can talk about being a “good person” all day long, but are you willing to reveal your stats? Have you even taken an honest look at them?

Once perseverance has been factored into the mix, and the actual standard of holiness is applied, the GOOD NEWS may not sound so good anymore. But, when you consider what Paul wrote next, the situation becomes downright alarming! Here is the BAD NEWS –

Trust me friends, you don’t want God’s “wrath and indignation” to happen to you! We certainly don’t. But wait a minute – Paul was writing about evil people here! Someone would have to do something awfully bad to be called evil, wouldn’t he? We could say, “Yes,” but we don’t like to lie. The answer is “No.” “Evil people” are described in the very first chapter of Romans, verses 29-32. What sins are these “evil people” committing? Pretty much the garden-variety sins of all humanity, we would say. Please note that gossip and disobedience to parents are listed right up there with malice and murder! As a matter of fact, according to Jesus in Matthew 5:21-48, you don’t have to actually do these things – you just have to want to do them in your heart. All of a sudden, our path to God and glory looks far more arduous! We’re going to have to be really, really good to earn our way in!

But Paul didn’t stop with the BAD NEWS of Romans 2. He wanted us to get the full picture – to see what a hopeless fix we’re in. So, he spelled it out for dense humanity by delivering to us the BAD, BAD NEWS of Romans 3: 10-18. “There is no one righteous,” he declared, “not even one.” Uh oh.

This is a MAJOR problem for self-made saints. There has been only one good man in all of human history, and that man is Jesus Christ. God’s standard of goodness is Himself, and Jesus is God made flesh. Now generally, when we human beings refer to someone as good, we do not have God’s perfect standard in mind. Rather we are, in effect, grading on a curve. We mean that one is “good” when compared to someone “less good” around them. We don’t compare our performance to God’s standard of perfection, but rather to someone’s record that we feel we can match or even beat. Conveniently, there are some very unsavory characters we can look at to feel better about ourselves – murderers, rapists, thieves, politicians – and we rely on our faulty conscience to tell us where we fit in the pack.

It’s obvious, though, that human conscience is not a reliable guide. Even mass murderers who have sanctioned rape and torture do not necessarily consider themselves to be bad people! Pol Pot was interviewed by the Associated Press October of 1997. Pot, if you recall, was the Cambodian dictator who was responsible for the death of between one and two million of his own people in the 1970s and the torture of countless others. Was he sorry? Not Pot. He defended his ordering of the executions of his political opponents, although he did admit that his regime had “made mistakes.” “But my conscience is clear,” he said. “You can look at me – am I a savage person?” Is the Pope Catholic? Yes. Pol, you are a savage person if there ever was one, even if you do look just like somebody’s brother. We are “kettles” who doesn’t mind calling Pot black, I guess.

Yet, Pot impressed us with his insight that his best chance for escaping the judgment of the world and any consequent punishment for his crimes was to get us to look at him. Why is that? Human beings make most of their judgments by what their eyes tell them. Nevertheless, the problem is that one’s character, whether good or evil, is not stamped upon one’s features, and we are notoriously fooled by the way folks appear to us!

Well, back to the BAD, BAD NEWS of the book of Romans. Paul wrote in Romans 3:19-20 that, because we do not meet the righteous requirements of the law, all of us are accountable to God. We all are silenced before God – there is nothing we can say on our behalf. We cannot point to the greater misdeeds of others as any excuse because it doesn’t make a dime’s worth of difference who is further from the mark. If God were to leave it at that – that the good will be blessed with heaven while the bad will be tormented in hell – none of us would have any more hope than Pol Pot, Hitler, John Gacy or Ted Bundy, since none of us is good, and all of us are bad. We can neither earn heaven nor avoid hell by anything we have done or can do.

That is why we call Romans 3:21-26 the GOOD, GOOD NEWS. Paul wrote about the “righteousness from God” that we can receive by faith alone, without regard to our deeds. God has offered to give us, as a free gift, the very righteousness of His Son. In return, we give Him the only thing we have to offer Him – nothing. That’s a good trade, friends, so please do not neglect to receive God’s gift of righteousness.