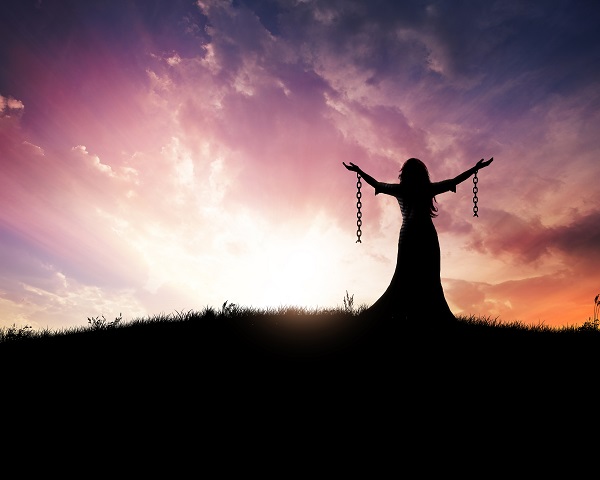 Does salvation come by grace alone through faith alone in Christ alone or is it dispensed by a particular God-appointed organization? Shortly after I came to the faith, Joy, who had been a believer from childhood, and I along with several of our newly born-again friends began attending a church. Joy was the only one of us that knew much about churches at that time, and she trusted the church because it was of the same name as the denomination she had been raised in as a child. Safe choice, right? Who knew there were over 60 Baptist sects? It was, as it turns out, an extremely legalistic church. They were orthodox on Who Jesus is, the doctrine of the Trinity and claimed that salvation was on the basis of grace through faith. However, they also believed only those in their rather small coalition of churches were saved, those with their strict codes concerning haircuts, godly attire, along with a whole slew of other rules that had to be strictly adhered to. Even other churches in their same denomination but outside their tiny circle of churches were very suspect. They would never directly say someone had to come to their church for salvation and yet, if someone wasn’t part of their church, following their rules, they were very likely not saved.

Many of the Churches of Christ take a similar tact. Joy and I were instrumental in leading my mother to the Lord a few years after I became a believer. She lived in a different state and began attending the church of her youth, which was Church of Christ. It wasn’t long before she began expressing concern that Joy and I weren’t truly saved. We were not members of the Church of Christ and hadn’t been baptized in their water by one of their ministers. To our knowledge, they never explicitly stated no one outside their group was a true Christian, but that was certainly their view on the matter. The leadership of her church told us that although God may have some believers who are not in a Church of Christ, they did not know of any.

Other groups, such as the Roman Catholic Church, are far more direct on this point. Their stated doctrine is that salvation is by affiliation with the right organization. Rome has not been shy on this one. Papal Declarations on “No Salvation Outside the Church” recites a number of the declarations by popes over the years on this issue in order to provide clarity and demonstrate their commitment to this claim. One of many examples provided is:

Pope Pius IX (A.D. 1846 – 1878): “It must be held by faith that outside the Apostolic Roman Church, no one can be saved; that this is the only ark of salvation; that he who shall not have entered therein will perish in the flood.” (Denzinger 1647)

¶1129 The Church affirms that for believers the sacraments of the New Covenant are necessary for salvation. “Sacramental grace” is the grace of the Holy Spirit, given by Christ and proper to each sacrament. The Spirit heals and transforms those who receive him by conforming them to the Son of God. The fruit of the sacramental life is that the Spirit of adoption makes the faithful partakers in the divine nature by uniting them in a living union with the only Son, the Savior.1Catechism of the Catholic Church, Latin text copyright 1994, Libreria Editrice Vaticana, Citta del Vaticano; United State Catholic Conference, Washington, DC; p292; quotes and italics in the original

Another group which categorically teaches “organizational salvation” is the Jehovah’s Witnesses, under the guidance and asserted authority of the Watchtower Bible and Tract Society. Oddly enough, their organization is structured much like the Roman Catholic church, which is a church they especially seem to despise. God is the Father, and the Watchtower organization is the Mother. Unlike the previously mentioned groups, however, the JWs deny all essential doctrines of the Christian faith. For them, Jesus is not God but a created being. The Trinity is, in their view, a pagan teaching and only the so-called “anointed class” of 144,000 are actually born-again. They have built a very peculiar two-tiered system. For the rank-and-file Jehovah’s Witness, the ones doing most of the work in the organization, salvation is based on one thing – how they treat the anointed class:

Your attitude toward the wheatlike anointed “brothers” of Christ and the treatment you accord them will be the determining factor as to whether you go into “everlasting cutting off” or receive “everlasting life.”2Harvesting in the “time of the end,” The Watchtower – August 1, 1981; p 26

The world is full of Bibles, which Book contains the commandments of God. Why, then, do the people not know which way to go? Because they do not also have the teaching or law of the mother, which is light.3“Show Respect for Jehovah’s Organization,” Watchtower, May 1, 1957; p 274

Just to make sure their claim was clear they went on to say:

It is through his organization that God provides this light that the proverb says is the teaching or law of the mother. If we are to walk in the light of truth we must recognize not only Jehovah God as our Father but his organization as our mother.4“Show Respect for Jehovah’s Organization,” Watchtower, May 1, 1957; p 274

The Bible is not for individuals. It cannot be understood without being part of the motherly organization:

Some of the Church of Christ people in mom’s church let us know, quietly, that they did not believe that only the Churches of Christ members were true Christians. In other words, they believed we were Christians too. Many Catholics, as well of people from most Christian denominations, do not believe that their church is the only true church either. But the JWs have no choice but to believe exclusively in their “mother organization,” because their eternal future completely depends on it. They are not allowed any freedom of thought at all. They are taught that freedom of thought, independent thinking, is the sin of rebellion. In the WT article, “Armed for the Fight Against Wicked Spirits,” under the subheading, “Fight Against Independent Thinking,” they write:

Yet there are some who point out that the organization has had to make adjustments before, and so they argue: “This shows that we have to make up our own mind on what to believe.” This is independent thinking. Why is it so dangerous?

Because the WT regards independent thinking as very dangerous, JWs can be and often are kicked out of the Kingdom Hall for any disagreement, no matter how slight, with what they are being taught. Lose the organization and you lose God Himself. They are doomed unless they are allowed to come crawling back after a suitable punishment period. And even if they eventually let the person back in, he or she will always be suspect.

One of the reasons for the Reformation was the realization that salvation was not dispensed by an organization based on meritorious works or monetary gifts. Martin Luther and others saw a decidedly different gospel in Scripture. The Apostle Paul writes in Romans 10:9-13:

… that if you confess with your mouth Jesus as Lord, and believe in your heart that God raised Him from the dead, you shall be saved; for with the heart a man believes, resulting in righteousness, and with the mouth he confesses, resulting in salvation. For the Scripture says, “WHOEVER BELIEVES IN HIM WILL NOT BE DISAPPOINTED.” For there is no distinction between Jew and Greek; for the same Lord is Lord of all, abounding in riches for all who call upon Him; for “WHOEVER WILL CALL ON THE NAME OF THE LORD WILL BE SAVED.”

The capitalized portions of the above passage are where the Apostle quotes from the Old Testament. Having one’s faith in God and calling on the Lord for salvation is a theme throughout Scripture. Salvation has NEVER been about organizational affiliation. It is about accepting the gift of salvation that God so lovingly offers. Calling upon the name of Jesus in prayer is how one accepts this priceless gift.

In 1 Corinthians 15:1-4, the Apostle Paul reminds the Corinthians what the saving Gospel was that he delivered as of primary importance to them.

Salvation being the result of grace alone through faith alone in Christ alone is a constant theme in Paul’s writings. In Ephesians 2:8-9, he confidently asserts the very doctrine that would get him anathemized by those who teach “organizational salvation.”

For by grace you have been saved through faith; and that not of yourselves, it is the gift of God; not as a result of works, so that no one may boast.

Organizational salvation is not true. No church can save you. Good works cannot save anyone either. No one could ever do even close to enough to attain righteousness this way. Many people seem to think that if they are more righteous than other people and have not murdered anyone, they will squeak though, but God does not “grade on a curve.” In our hearts we all know that we are unrighteous, and no amount of good works could free us from this predicament. That is why God sent His Son. Jesus took all our sins and unrighteousness upon Himself to the cross. He paid for them with His blood. The sacrifice of Jesus for you and for me is what gives us eternal life – we receive the gift by believing and calling upon Him.Ω