The Soteriology of Anime 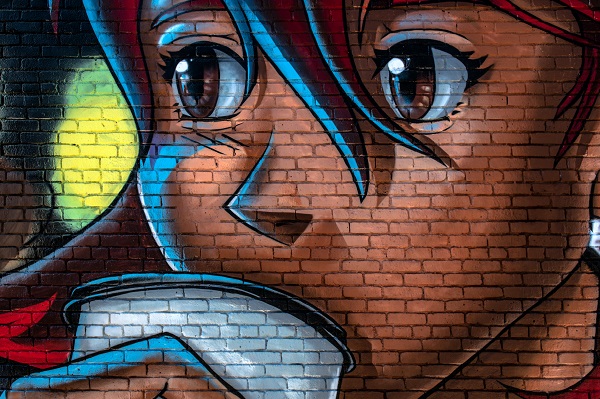 Photo by Tim Mossholder on Unsplash

Perhaps a good place to begin would be to define key terms. For some the word “soteriology” may be new. It “is the study of religious doctrines of salvation.”1Soteriology Another term which may be new to some is Anime (pronounced “ah- knee-may”) which is, a style of animation originating in Japan that is characterized by stark colorful graphics depicting vibrant characters in action-filled plots often with fantastic or futuristic themes2Merriam-Webster online

Much of today’s anime is not only laced with nudity and LGBTQA+ imagery, but also religious environmentalism, Shinto animism, and Buddhist philosophy. It is not just a particular style of cartoon animation, but rather a tool to indoctrinate your children into believing man is the number one contributor to climate change. It has been used as a propaganda tool in the past by cult groups such as Aum Shinrikyo3Baraka Thomas, Jolyon; 2012, Drawing on Tradition: Manga, Anime, and Religion in Contemporary Japan. University of Hawaii Press. pp. 130–6 in the 1980’s and 90’s—today known as Aleph, and it is still being used by neo-Buddhist cults such as Soka Gakkai International. The soteriology—the theology of salvation—taught in anime should be avoided or at least watched with a careful eye as it is antithetical to Christianity. Anime promotes a works-based salvation and is being used by cults such as Soka Gakkai International to suggest that children must be willing to die to save the environment.

The popularity of anime is not easily quantifiable, but an examination of certain YouTube pages can give us a general idea. For instance, as of July 2021, the YouTube page associated with the American entertainment company Funimation has over 3.5-million subscribers and over 1.2-billion video views as of this writing. In addition, the site associated with Crunchyroll—an American distributor, publisher, production, and licensing company focused on streaming anime—has 3.35-million subscribers and 3.3-billion video views as of this writing.

In 2019, the year’s major anime movie releases—Weathering With You, Ride Your Wave, Promare, Children of the Sea, and Birthday Wonderland, which were screened over the Glasgow leg of the Scotland Loves Anime film festival—were all focused on climate change. From movies, to television, to manga (anime comic books), so much of the anime world is laced with mysticism and Buddhist ideology that it is not surprising that a form of nature worship has become the product of this media. The question is: Of the millions of people who watch anime every day, how many of them are being indoctrinated into the cult of climate change; and how many of them are our children?

Soka Gakkai International—listed as a cult by The Centers for Apologetics Research—was affiliated with the Nichiren Shōshū Buddhist sect from 1952 to 1991.4 Hurst, Jane (2000).  Macachek and Wilson, ed.; A Buddhist Reformation In the 20th Century. Oxford University Press. p. 70. ISBN 0-19-924039-6.As sourced in Wikipedia. https://en.wikipedia.org/wiki/Soka_Gakkai It and its third president, Daisaku Ikeda, was then excommunicated from the sect because of their rejection of priestly authority.5“Infighting, Division, and Scandal Afflicting Nichiren Shoshu Buddhists” It is a highly influential organization worldwide with 8.27-million members in Japan and 2.2-million members outside Japan—with 352,000 of those members living in America.6 Soka Gakkai International website, “Soka Gakkai: A Global Organization”

In 1964, Ikeda formed the Komeit (Clean Government Party); and over the course of several elections, it became the third largest political party in Japan.7Carlile, Masumi Junnosuke; translated by Lonny E.; 1995. Contemporary politics in Japan. Berkeley: University of California Press. pp. 397–8. ISBN 9780520058545. As sourced in Wikipedia https://en.wikipedia.org/wiki/Soka_Gakkai According to the LA Times, Daisaku Ikeda “is, by some accounts, the most powerful man in Japan–and certainly one of the most enigmatic.”8As quoted by the Cult Education Institute in “Japan’s Crusader or Corrupter?; The Watkins’ Spiritual 100 List for 2020 listed him as one of the most influential spiritual leaders in the world according to Justin Whitaker.9“Dalai Lama Tops List of World’s Most Influential Spiritual Leaders,” Buddhist Door Global, Justin Whitaker

As head of Soka Gakkai, Ikeda has direct influence over global policy makers at the United Nations Economic and Social Council (ECOSOC) and works closely with members of the Club of Rome global think tank.10 Ikeda wrote a book with the futurist  Hazel Henderson – a full-fledged member of the Club of Rome – entitled “Planetary Citizenship: Your Values, Beliefs and Actions Can Shape A Sustainable World” He also promotes sustainable development education on behalf of the United Nations Educational, Scientific and Cultural Organization (UNESCO)11 Soka Gakkai: New Sustainability Exhibition and maintains the Soka University of America in Aliso Viejo, California. The university was ranked by US News & World Report in the Top 30 among National Liberal Arts Colleges, and USA Today ranked it in the “Top 10 Colleges in California.”12“Soka University Ranked High for Best College, Best Value, Social Mobility and Diversity”; Soka University

Daisaku Ikeda has over 59,000 followers on his YouTube channel of children’s stories. In addition to English, most of his stories are also in Spanish, French, Korean, Chinese, and Cantonese. There are 19 stories in the English playlist, but for the purpose of this article, we will discuss only one of his anime—The Prince and the Coral Sea—in order to gain a general idea of the type of salvation messages he promotes.

The Prince and the Coral Sea
Historical Background of the Story

This story takes place at Shuri Castle—a UNESCO World Heritage Site in Shuri, Okinawa Prefecture, Japan—and most likely after the Ryukyu Kingdom (1429-1879AD) period. From 1477 to 1527, the Ryukyu Kingdom underwent a golden era characterized by the centralization of government under the king with Shuri as its capital. The monarchy maintained peaceful and prosperous relations with China’s Ming Dynasty, Siam (Thailand), and Malacca (Malaysia), as well as other countries in the region. Buddhism grew as a religion with the renovation of Shuri castle and the construction of Buddhist temples in the region.13“The Ryukyu Kingdom in Asian History,” Shuzen HOKAMA, President, Okinawan Studies Institute, Professor Emeritus, Hosei University; Global Communications Platform, Japanese Institute of Global Communications Ikeda does not make it clear exactly when his story takes place, but it was clearly sometime after this enlightened age.

The Prince and the Coral Sea starts off/begins with a boy named Ray meeting a mermaid who lives in the Coral Sea. She tells him the coral and the fish are suffering from the silt of the land that is rushing into the water from erosion and is turning the water red. She asks for his help to save the sea, and gives him a magic shell, and says . . . “the greatest treasure in the whole world is a sincere heart.” Ray subsequently uses the magic shell to give part of his life energy to his dying sister, to his cousin, and uncle. His cousin and uncle were both hurt when the ruling Japanese samurai forced them to cut down trees for a construction project at Shuri Castle.

Ray returns to the sea and speaks with the mermaid again, and she tells him more about the magic shell’s history and the history of humanity. She tells him the shell came from the death of a big star, and all of humanity originated from this star as well. She goes on to say . . .

Did you know that shell originally came from a big star? . . . Yeah, eventually all stars die out too. But they live longer than you. Everything in the universe dies eventually. When a big star dies, it ends its life in a giant explosion. And the tiny pieces that come from it form new stars. Everything is made from stardust. You see? So you and me and the coral in the sea were all born from the same big mother star.

Of course, some stars are just small ones. They selfishly stay that way, only thinking of themselves till one day they shrink away and die. It’s the same way with human beings. People who only care about themselves are like small stars. But when a person who is willing to share everything that they’ve got with someone who they really love, that is a choice to protect those around him with the gift of life. Just like the great stars do with us. So the special power inside of this shell is just like the power of the big mother stars. But only those with a kind heart can use the shell’s magical power.

Ray had been told for most of his life that his parents were killed in a tidal wave while out fishing; and the erosion of silt from the removal of trees by the samurai was to blame. The silt killed the coral reefs that would normally stop the tidal wave from hitting the shore. However, we find out later in the anime that the king, who was a puppet of the samurai, is actually Ray’s father. The king had lost sight of the needs of his people, and it appears his daughter’s fate was affected by this. She lost sight in one of her eyes. Ray uses the magic shell again to give more of his life energy to the king’s daughter to heal her partial blindness. In exchange for doing this, Ray angrily rebukes his father for his treatment of the environment and demands that he stop cutting down the trees.

An earthquake then hits the island, and a subsequent tidal wave develops once again. Ray decides to use the magic shell and his remaining life energy to save the island and to restore the coral and the trees. After he dies, he becomes stardust and leaves behind the famous star-shaped sand of Okinawa Island as a way to remember him.

Daisaku Ikeda’s The Prince and the Coral Sea is an example of how anime is being used to indoctrinate children into nature worship, mysticism, and Buddhism. It teaches a works-based salvation and devalues human life by saying we are made in the image of stars instead of the image of God. In Genesis 1:26, God said,

“Let Us make mankind in Our image, according to Our likeness; and let them rule over the fish of the sea and over the birds of the sky and over the livestock and over all the earth, and over every crawling thing that crawls on the earth.” (NASB)

Ikeda’s Soka Gakkai International is working closely with the United Nations to implement similar Sustainable Development education in schools around the world. We are now seeing another way that the cult of climate change and radical environmentalism is growing on a global level. Our children are being taught those who are not willing to die for the environment are selfish, and they need to rebuke their parents for ruling over creation rather than becoming one with creation. Ephesians 2:8-9 says,

“For it is by grace you have been saved, through faith—and this is not from yourselves, it is the gift of God—not by works, so that no one can boast.” (NASB)

We cannot save ourselves by saving the environment. Revelation 21 tells us the environment, too, will be restored through Christ alone when He comes for His final return and judgement.Ω

Stephanie Potts and her husband Jim live in Dayton, Ohio and have been married for 20 years. She worked with the federal government for 15 years as an intelligence analyst and then entered full time Christian service in 2015. She first joined Haven Ministries in Denver, Colorado in 2015 and then transferred to Midwest Christian Outreach, Inc in 2021. She received her Bachelor’s degree from Florida State University in Political Science and International Relations, and received her masters degree in Geographic Information Systems from Penn State University. She is currently working towards her master’s degree in Christian Apologetics through Southern Evangelical Seminary. She specializes in evangelizing to people involved in the New Age, to Muslims, and to Native Americans. Stephanie’s personal website: rainbowapologetics.com