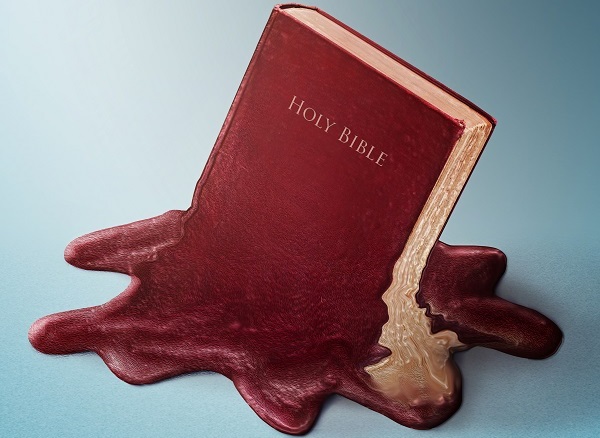 As human beings, we cannot know the heart of another. We certainly do not know someone’s spiritual condition as it relates to the Lord. However, determining whether individual Progressives are Christian is a completely different question than determining if Progressive Christianity is Christian. This is hardly a new issue. In his excellent 1923 book, Christianity and Liberalism, J. Gresham Machen compared and contrasted historic Christian teachings with those of theological liberals. At times he would say liberals are religious but not Christian. He didn’t speak to individual salvation but rather the overall doctrines in essential areas. In the Introduction he commented on why these sorts of questions are important,

In the sphere of religion, in particular, the present time is a time of conflict; the great redemptive religion which has always been known as Christianity is battling against a totally diverse type of religious belief, which is only the more destructive of the Christian faith because it makes use of traditional Christian terminology.1Machen, J. Gresham. Christianity and Liberalism (p. 6). E4 Group. Kindle Edition

His book was so important because of this “dictionary problem.” Liberals of his time and today were using the same vocabulary as traditional Christianity but providing different definitions to the biblical terms, thus deceiving others. Liberals in Machen’s day were focused on social issues, not eternal redemption. Machen comments,

Progressivism is an updated version of the liberalism Machen addressed – but goes a good deal further. In the new progressive version, sin is not merely excused because of “poverty and neglect” or some such justification, but actually embraced and celebrated.

Christians cannot give hearty approval to unrighteous acts. In Romans 1:26-32, Paul recites a long list of deadly sins, and then states that:

The new and improved version of the old Liberalism was greatly advanced by the emerging/emergent church movement of the 1990’s and early 2000’s. In 2007 Tony Campolo and Jim Wallis launched the Red-Letter Christian movement. Their focus was on the red lettered passages in the gospels – the words of Jesus. Their emphasis was on what they termed “social justice” –elimination of poverty, pro-choice, normalizing homosexuality and other liberal causes, both old and new. It is a very man-centered, creation-centered religion which has an extremely high view of man and a very low view of God and His holiness. They cherry-pick the scriptures, and erase (in their minds) whatever of God’s words they do not like.

As with all who want to reimagine God and change Christianity to fit a man-centered theology, they usually begin with something which is true and proceed to redefine it to something which categorically rejects Biblical teaching. For example, God created us as sexual beings. It is a gift to be enjoyed when used properly within a particular relationship, a husband and wife. God created them for one another and with that accomplished we read,

Therefore, a man shall leave his father and his mother and hold fast to his wife, and they shall become one flesh. And the man and his wife were both naked and were not ashamed. (Genesis 2:24-25)

Jesus reaffirms this in Matthew 19:4-5, Mark 10:7 (in Red Letters!) and Paul reiterates it in Ephesians 5:31 at the end of his comments on marriage. All sexual relationships apart from the one male and one female matrimonial union is sin, according to God. Some have pointed to the woman caught in adultery in John 8, when Jesus told her He did not condemn her. What they seem to overlook – besides the overall context of what was going on – are the five very important words He finished with, “go and sin no more.” Adultery is sin and she was told to stop sinning in this way. Jesus upheld the Mosaic Law on sexual immorality which included same gender sexual relationships as well as incest and bestiality and other practices.

When the Son of Man comes in his glory, and all the angels with Him, then he will sit on his glorious throne. Before him will be gathered all the nations, and he will separate people one from another as a shepherd separates the sheep from the goats. (Matthew 25:31-46 ESV)

Jesus will also judge believers – for rewards or loss of rewards – at the Bema Seat of Christ (1 Corinthians 4:5 and 2 Corinthians 5:10). And He will judge non-believers at the Great White Throne judgment. (Revelation 20:11-15) People ignore these judgments at their peril – God’s Word will be fulfilled. God is not just an indulgent grandpa giving out candy, as so many people seem to believe. God is a loving God, but He is also just – we have been clearly told that He will hold us accountable for our behavior.

Progressive Christianity has come a long way since the initial Red Letter Christian days. Tony Campolo, Brian McLaren, Jim Wallis, and others are now defenders of the LGBTQ+ behaviors. Can plural marriage or pedophilia be far behind? Popular Progressive Christian, Jennifer Hatmaker, calls for “Openness and Affirmation” of LGBTQ+ and inclusion in churches with no suggestion of the need to “go and sin no more.”

A few days ago, the LGBTQ+ publication, PrideSource, carried the story, “‘Gay. Straight. It Does Not Matter’: Amy Grant Takes Her LGBTQ+ Support One Step Further In New Interview.” PrideSource was positively thrilled at what appears to be Amy Grant’s affirmation of their sexual practices:

“It doesn’t matter how we behave,” Grant continued. “It doesn’t matter how we’re wired. We’re all our best selves when we believe to our core, ‘I’m loved.’ And then our creativity flourishes. We’re like, ‘I’m gonna arrange flowers on your table and my table.’ When we’re loved, we’re brave enough to say yes to every good impulse that comes to us.”

If the Progressives were simply saying that God invites all to come to Him as we are for salvation, we would agree. Jesus died for sinners. That is biblical, and great news, since we can in no way “clean ourselves up.”  but God does not leave us there. We are to be holy as He is holy. We are to run from sexual and other sin.

A god who is not holy and supports normalizing and celebrating sinful practices is a god of our own imagination, created in our image and likeness. This is decidedly not the biblical view,

Therefore, preparing your minds for action, and being sober-minded, set your hope fully on the grace that will be brought to you at the revelation of Jesus Christ. As obedient children, do not be conformed to the passions of your former ignorance, but as he who called you is holy, you also be holy in all your conduct, since it is written, “You shall be holy, for I am holy.” (1 Peter 1:13-16)

They progressed from us, but they were not of us; for if they had been of us, they would have continued with us. But they progressed out, that it might become plain that they all are not of us.

Though we may be called “haters,” we say none of this out of hate for anyone. The cry of our hearts is that everyone will take advantage of God’s indescribable grace, turn to the Lord, and be saved.Ω