Will the Southern Baptist Convention Survive? 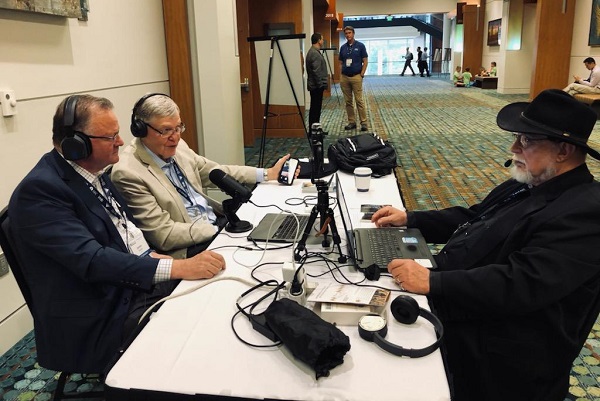 At the 2021 SBC (Southern Baptist Convention) Annual Meeting in Nashville last week, quite a few people wondered if the SBC, as currently established, would survive the great turmoil going on within its ranks. One friend said that the SBC would indeed survive, “but will we still recognize it?” Both are interesting questions.

For those who are not familiar with Southern Baptists, the SBC is not a denomination, as many suppose, but more of a fellowship or coalition of churches. The associated churches work together in co-op fashion to fund missions, seminaries, church plants, church replants and a variety of other ministry related activities.1See About the Cooperative Program and “Advancing the Vision with Ronnie Floyd” It is currently the largest evangelical group in the U.S. and the member churches do not always (if ever) agree on everything. So, a certain amount of disagreement, in itself, should not sink it.

They have an annual meeting to which member churches can send “messengers” who can submit resolutions (items they believe the SBC should officially adopt), make motions from the floor for SBC consideration and elect officers, among other things. Baptists are well-known to be independent thinkers, who are no strangers to a certain amount of possibly divisive issues being considered at their annual meeting. Throughout its history, there has been a battle being waged between liberals and conservatives, which sometimes led to splits. The last big split was in 1990 after the “conservative resurgence” took control of the SBC leadership and seminaries. At that time 1900 churches departed from the SBC and formed the more liberal Cooperative Baptist Fellowship. Another split may very well be on the horizon.

In 2018 the Capstone Report wondered “Are Southern Baptists ready for a Progressive President?” They pointed out that Greear, elected in 2018 (and who has recently finished his term as President of the SBC) had asserted that Muslims and Christians worship the same God. On the basis of that claim alone, J.D. Greear would be guilty of leading people to believe in a false God. The Capstone article concludes:

But, elected he was. In 2019, Pastor Stephen Feinstein from Sovereign Way Christian Church in Hesperia, CA submitted a resolution opposing Critical Race Theory. The Resolutions Committee “accepted” his resolution and it became the now infamous “SBC19 Resolution #9 on Critical Race Theory and Intersectionality.” Why infamous? It is infamous because the Resolutions Committee rewrote the document and reversed its opposition to CRT, making it pro-CRT instead. In his excellent book, Fault Lines, Dr. Voddie Baucham writes:

The original Resolution 9 on Critical Race Theory and Intersectionality was submitted by Stephen Feinstein, pastor of Sovereign Way Christian Church in Hesperia, California, who also serves as a chaplain in the U.S. Army Reserves. What happened to Feinstein’s resolution was nothing short of scandalous, but the scandal went largely unnoticed. I fully expect to see book-level treatments, Master’s theses, and doctoral dissertations analyzing the origins, background, political maneuverings, and theological implications of the Resolution 9 controversy. Space does not allow for such a treatment here, but even a cursory look at the matter reveals issues that should concern not only Southern Baptists, but any Christian concerned about the current trajectory of evangelicalism.2Voddie Baucham, Fault Lines, Salem Books; April 2021, p 141

He also points out,

If the original text of Resolution 9 had been sent to the floor, there would be no cover for the SJW. Seminary presidents would have to explain, among other things, why material Resolution 9 condemned was being taught in their classrooms.3Voddie Baucham, Fault Lines, Salem Books; April 2021, p 141

As a matter of technicality, the Resolutions committee is allowed to do this BUT they left Pastor Feinstein named as the supposed author of the rewritten resolution, although it turns on its head everything he had said.

CRT [Critical Race Theory] makes everything worse, not better. It’s not a gospel solution. Any solution [to the problem of racism] that doesn’t involve forgiveness in the Name of Jesus Christ through His atonement, His death, burial and resurrection, is not a gospel solution…and frankly doesn’t work.

Back in 2019, however, few knew what CRT even was and after a short, heated debate, the Pro-CRT Resolution passed. The 2020 Annual Meeting was canceled due to Covid, but as more members learned that CRT is not Christian at all but another religion which proposes “solutions” with no forgiveness and no genuine reconciliation, groups geared up for the 2021 SBC Annual Meeting. 40 anti-CRT resolutions were submitted at that meeting, many co-sponsored by high profile names like Carol Swain, along with about 1,300 others, but in the end the Resolutions Committee introduced a “fog screen” document which mentions opposition to racism but did not mention CRT at all. David Van Bebber, pastor of First Baptist Church of Buffalo, MO, commented,

My greatest concern leaving the SBC Annual Meeting is the failure of the convention to significantly address CRT. It is significant because of the fact that the SBC was given three different opportunities to denounce CRT in a similar manner to the way that the six (SBC) seminary presidents did. From my position on the floor of the annual meeting it seemed that each time meaningful opportunities were possible, those on the stage shut it down. This is discouraging to me as a lifelong Southern Baptist. Dr. Mohler, when giving his seminary report, made it clear that everything that CRT touches it destroys, but the SBC leaders who directed the order of business and the resolutions committee seemed to allow that clear message to bounce off their ears.

When over 1,300 messengers and the six seminary presidents cannot convince the SBC leadership to offer a clear statement denouncing CRT, I am very disappointed and discouraged. To me this demonstrates a lack of conviction or a position of fear. What were they fearful of? James Merritt made it clear when he said, “The world is watching us.” Obviously, those directing the annual meeting from the stage fear man and not God, or so it would seem.

There were two recurring statements from the main stage – “We are here to serve you” and “the world is watching us.” The first has a ring of “thou doth protest too much.” The continual reassurances that the leadership was there to serve the participants would seem to be a rather cloaked acknowledgment of a general distrust on the part of the messengers towards the leaders. “The world is watching us” really misses the point. That is far more a political statement seemingly aimed at securing respect and acceptance by “the world.” Biblically however, Christians are to live not to earn the respect of the watching world – though some in the world may be won over by their Christian integrity, not by their craven cowardice – but as though God is watching – because He is!

What of the watching world? Peter weighs in on this one,

Beloved, I urge you as sojourners and exiles to abstain from the passions of the flesh, which wage war against your soul. Keep your conduct among the Gentiles honorable, so that when they speak against you as evildoers, they may see your good deeds and glorify God on the day of visitation. (1 Peter 2:11-12)

Adopting the worldly and hate-filled “wisdom” of CRT is in no way honorable, and certainly does not honor Christ. Have we not learned by now that unless we as believers affirm the way non-believers believe and live, they will certainly speak against us as evildoers? If we don’t affirm homosexuality or the newly minted 112 “genders,” we are called “haters.” If we don’t support abortion on demand, we are accused of being “anti-women” and we are obviously seeking to rob them of their rights. And, if we do not abandon Christian solutions and salute Critical Race Theory, we shall certainly be accused of being racists and white supremacists.

Christ said we would be hated by the world because they first hated Him! Loving the world and the ideas of the world is enmity towards God! We are to live just and holy lives before God regardless of what the watching world may think. Oddly, God uses our steadfast commitment to righteousness to convict some who come to the faith. Individual Christians as well as SBC pastors and churches have to decide which path they will take. Do they want first and foremost to please the world or to please God?

James Pittman is pastor of New Hope Community Church in Palatine, IL. He is African American, and his church is racially mixed but predominately “white.” At the end of the first day of the Annual Meeting, he and the messengers who traveled with him had a very strong reaction, which comes out in the live podcast , “Round Table Discussion: The SBC Chooses to Serve Baal” they did that night. Their theme concerning Baal comes from Elijah’s challenge in 1 Kings 18: 21,

And Elijah came near to all the people and said, “How long will you go limping between two different opinions? If the Lord is God, follow him; but if Baal, then follow him.” And the people did not answer him a word.

Pastor Pittman is quite clear on which path he and his church will choose. “Social Justice,” Pittman says, “is not the gospel,” and “CRT is another religion.” When he and I spoke about what direction his church might take he said he and the church are praying about it but, he said, “If the Scriptures constrain me, I don’t know if I have the freedom to stay in the SBC.”

The divide is not over “race,” just as the divide between Progressives and Conservatives over so-called “women’s rights” has nothing whatever do with “hating women,” but is about protecting innocent life. Obviously, many Christian conservatives are women, and not “self- hating” women either. 😊 Why would we allow the world to define us? Christians truly believe what Paul said in Galatians 3:28.

There is neither Jew nor Gentile, neither slave nor free, nor is there male and female, for you are all one in Christ Jesus. (NIV)

There is no black or white either! We refuse to divide ourselves as the world would divide us. We are ONE. ALL ONE! Thank You, LORD! We can live out our faith in mutual love and respect, or we can hate with the world. Are we going to remain true to the gospel “once delivered to the saints” or will we desert that faith to follow another?

Will the SBC survive? Probably. Will we recognize it? That depends. A good friend pointed out the future of the SBC is in the hands of six men. They are the seminary presidents. If they continue heading down the Progressive path, they will of course hire progressive professors who will in turn train progressive pastors. If this is the course of events, in ten years there will be little resemblance to the SBC of today. That is a heartbreaking thought. There are many fine and biblically sound SBC churches who, like New Hope Community Church, will have to decide, “How long will you go limping between two different opinions? If the Lord is God, follow him; but if CRT, then follow it.”Ω