Will the House that Gwen Built Survive? 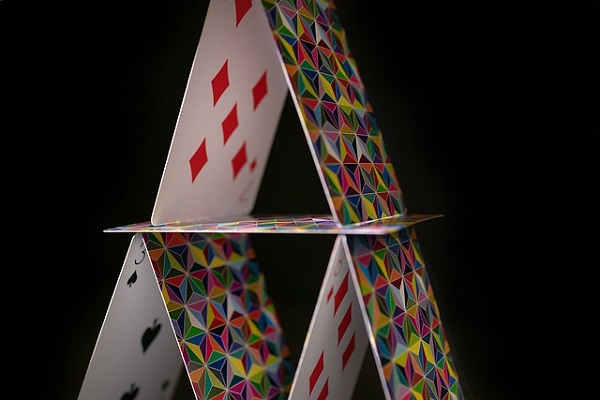 Image by Jackie Matthews from Pixabay

On Saturday afternoon, May 29, we began receiving emails and phone calls asking if we had heard that Gwen Shamblin Lara, her new husband, Joe (William J.) Lara, and five other leaders of Gwen’s church, Remnant Fellowship – Jennifer J. Martin, David L. Martin, Jessica Walters, Jonathan Walters, and Brandon Hannah – had gone down in a plane crash. Initially a rescue operation was undertaken, but by Saturday evening it had been changed to a recovery operation and all aboard were presumed dead. Since then, emails and phone calls have been coming in steadily. Some are wondering how to respond to their family or friends who are in Gwen’s group. Others are convinced Remnant Fellowship will close and disappear into history as a one-time popular cult. In some ways, these are two separate questions.

Gwen Shamblin first came to our attention in August of 2000 when someone emailed asking if her company, Weigh Down Workshop, had changed the doctrinal statement on their website? We had never heard of Shamblin at that point. We are missionaries to cults and non-Christian religions, and Gwen had become popular through her business, Weigh Down Workshop, which was represented as a Christian-based weight loss program. Her business had done quite well financially with over a million people have attended her program at $103.00 each – plus drew in additional income for book sales, conferences, and WDW paraphernalia that was for sale. It’s not every day that businesses and weight loss programs appear on our radar screen. We tend to be an inquiry-directed ministry when it comes to new groups that come on the scene.

In response to several inquiries, we checked the Weigh Down Workshop website. Initially it appeared to us that Gwen was someone who didn’t grasp the doctrine of the Trinity and had unintentionally wandered into heresy through lack of knowledge. We called Weigh Down Workshop offices and were a bit surprised the phone was answered as “Weigh Down Workshop/Remnant Fellowship.” It turned out that around that time, Gwen had founded her very own church! We wondered if pastors and churches might be concerned that she would try to recruit people from their congregations – or if they even were aware of this remarkable turn of events. After all, with more than one million church members using her material, would not some be tempted to leave their home church to join the church of a woman they greatly admired and already followed? When we called, we explained who we were and asked a few questions about the online statement of doctrine. We let the person we spoke with know that we had called to offer our assistance in rewording the statement to avoid confusion on this essential issue of the faith. Surprisingly, we were put through to Gwen. We again explained who we were, and she was quite cordial until we raised the issue of the deity of Christ and the Trinity. At that point, the atmosphere of our conversation changed quickly. Gwen denounced me as a false teacher, confidently asserted Jesus is not God, and said the Trinity is a pagan doctrine invented by a false church. Whoa! So much for her promoting a mere “weight-loss enterprise!” It became quickly apparent she was not merely “mistaken” or “confused” on Christian doctrine but knew very well that she was offering teaching the churches would regard as an egregious false alternative to the central doctrines of the very churches who had invited her in their doors and gave her access to their people. She knew true Christian doctrine but was deliberately offering her many followers another Jesus, and as it turned out, another gospel as well. Her crooked doctrine was not a bug, but a feature! We thanked her for her time and ended the call.  We drafted a press release about this serious issue and posted it online. Christianity Today picked it up and called Gwen to verify what we had written. Her response was along the lines of, “Women don’t care about doctrine, they just want to lose weight.”

Contrary to what she said, though, there were many women with whom this offhand slight did not sit well. Women began calling us asking how they might get her out of their churches and many churches immediately began canceling her program. Within days her fortunes had reversed. The Women of Faith website removed her. Thomas Nelson Publishers met with Gwen and parted company with her on her then-current book, Rise Above, and one they had just printed, Exodus Out of Egypt. We began seriously researching her teachings in the books and videos she used in her workshops and conferences. Her ideas and assertions were appalling – not only in “disagreement” with the Christian faith and the churches that had sponsored her, but very highly critical and even mocking them.

In the fall of 2000, we printed, “Weighed Down with False Doctrine” and followed up with another Journal article, “Weigh Down Workshop a Cult?”

At that time, things seriously “went south” for Gwen and her cultish movement as churches deserted her in droves, thankfully. Sadly, as is often the case, false teachers and cult leaders tend to find ways to survive, recruit new members, and prosper. Gwen was no exception. Some of the over one million who attended Weigh Down Workshop did indeed join Remnant Fellowship, either in person or on WDW’s new (at that time) online “TV.”1Now Weigh Down TV

We all understand the struggle against the flesh we face in this life in various areas. Some of her followers had read our articles and left her movement after her crafty deception had been revealed to them. They contacted us and revealed the strong attraction the promise of “Christianized” weight loss held for people who had struggled long and hard to overcome the flesh in this area. They told us that since they had never understood the Trinity, or been properly educated about Christian doctrine, what Gwen claimed “made sense” to them. Much of her “sensible” argumentation mirrors that of the Watchtower Bible and Tract Society (JWs) and other cult groups.

Even though this background on Gwen Shamblin and Remnant Fellowship Weigh Down is important to know, our focus in this article is really on two pressing questions. First, how might a Christian respond to those who have family or friends who are currently in Gwen’s group? Second, will Remnant Fellowship disband and vanish from the scene?

Is this a golden opportunity to expose Gwen’s false teachings to those in the group? It may be, but our inclination would be to refrain from doing that at this time. Some may be put off by this advice but hear us out. There is likely not anything that can be said to a friend or family member right now which has not already been said. Those in the group are grieving their loss and coming across as attacking Gwen right after her death may work to drive them closer to other Remnant Fellowship cult members who are also grieving. Yes, they are grieving a false teacher but to them they are grieving someone they ardently follow and believe is their connection to God. There are times in life we should hold our tongues and give a person time to sort out their feelings and come to grips with how their loss may impact their continued participation in the group. Human beings are not generally won to our faith by anyone presenting an unattractive attitude to their lost loved one. (Not that you would – we are absolutely convinced you wouldn’t!) We do not have to say anything particularly nice about Gwen or her teachings, certainly, but it is probably not the time to make those you care about feel they are under assault. Perhaps it is simply time to share their pain if they are willing to do so. There is clearly a time to expose false teachers and share the gospel, and there is a time to wait and see what the Holy Spirit will do. Pray for them certainly and be open and ready if they should want to talk about any doubts they may be experiencing. Many if not most cult members silently carry a lot of doubts and fears around with them. They cannot discuss these doubts with someone in the group for fear of being put into emotional “cold storage” for expressing “heretical” views or “doubting the truth.” Cult groups may talk about love, but in their company is not the place to truly experience any. Cults don’t believe in God’s grace, of course, so life can be much like a giant hamster wheel of continuous failure – huge performance acts – while inside their hearts, they are usually quite aware of their utter failure to measure up. It gets terribly exhausting to constantly find oneself falling short of the group’s expectations when one is desperately seeking to impress God or cultic fellow travelers. Pray, and wait a bit, and ask God for His openings when the time is right and your loved one’s heart is ready. Unlike the cult group they find themselves mired in, we love them, and we want them to experience that firsthand.

A baseball analogy is always appropriate. We live near Chicago which has two baseball teams, the Cubs and Sox. It is often said – possibly more by Cubs fans (who, we must say, are generally more insightful and fairer also, and nicer all around) – that there is a difference in the fans of the two teams.

A very good reason to approach your loved one gently is because you love your family member more than you dislike Gwen Shamblin. Be like a Cubs fan. 😊

Will Remnant Fellowship continue? Other than God, no one knows. When Charles Taze Russell, founder of the Watchtower Bible and Tract Society died in 1916, there was a splintering of his group into many smaller sects  between 1916 and 1931, but the main group survived. The Jehovah’s Witnesses have grown into a worldwide movement with 8,424,185 going door to door each month and Worldwide Memorial Attendance: 17,844,773 in 2020.(2020 Grand Totals) Tragic…

On June 27, 1844 Joseph Smith Jr., founder and prophet of the Church of Jesus Christ of Latter-day Saints, died in a gun battle in Carthage, IL.2See, Myth #8: Joseph Smith died as a “lamb led to the slaughter” of “Eight Mormon Myths” Again, this group splintered into a number of smaller sects with new replacement prophets but the main group survived and by 2018, there were 16,118,169 members worldwide. More tragedy…

Yet many other groups do not survive the loss of a very dynamic and charismatic leader, such as Gwen certainly was, and Remnant Fellowship may go that way. We’ll have to wait and see.

Deception of mankind began in the Garden of Eden and has remained a problem to the people of God down through history. False prophets and false teachers certainly were in full operation in the Nation of Israel, the First Century church and continue to this day. Satan and his cohorts keep dragging people into wretched captivity. They may bring someone to your door; they may bring someone right into your church. Gwen’s group may or may not survive but we should prepare our heart, soul and mind for the opportunities God will bring, so the Holy Spirit may use us to reach them. We can also pray God will use other Christians and/or eye-opening experiences to free the captives. With all our hearts, we hope and pray that many of Remnant Fellowship people will come to reject the house that Gwen built. Amen.Ω