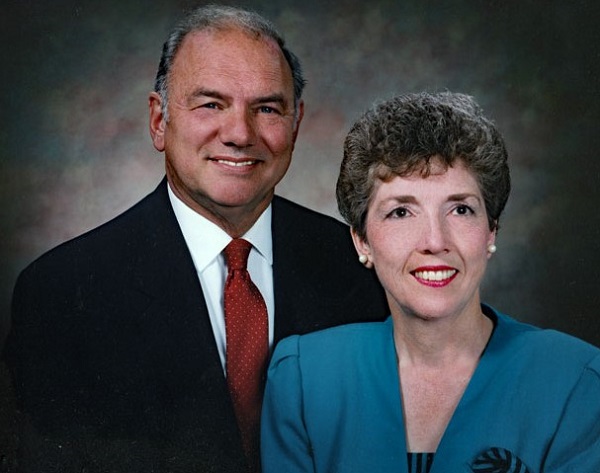 All of us make choices every day. Most of our choices are mundane. “What shall I have for breakfast?” “What outfit will I wear to work/church/boating?” Other choices, though, have longer term and more far-reaching impact. Should I marry him/her? If I do, where will we live? Shall we have children? Choices. Many times, we make spur of the moment choices without considering how that choice could impact our future. Some decisions work out well while others could result in devastation. Our bigger choices often have a ripple effect, not only affecting us, but potentially our family – spouses, children, and even our friendships. These things should certainly be considered. And yet, sometimes the difficult choice is the right one to make, even if we know it will cause us great pain.

Last week our close friend, Joan Cetnar, went home to be with the Lord. Nearly 30 years ago her husband, Bill Cetnar, passed away while they were traveling to our home to be part of a conference on cults we were hosting at an area church. Joan and her husband Bill were former Jehovah’s Witnesses who had years earlier made choices which changed their entire lives. They came to see the many problems and falsehoods in Jehovah’s Witness teaching, resulting in their becoming disassociated from that organization, and being totally cut off, shunned, by their families and friends. They had not been just average JWs. Joan was a fourth generation Jehovah’s Witness. Her family lineage in the organization dated back to the beginning with Charles Taze Russell. The organization presidents had been guests in her family home growing up and she had worked at “headquarters.” Bill also worked at Bethel Brooklyn and was responsible for answering the “Questions from the Readers” in the Awake! magazine. Joan was in line to inherit about two million dollars as a member of the SS Kresge family. Their lives were stable, but all of that changed.

In the late 1950s a young Walter Martin went to Watchtower headquarters in Brooklyn, NY and engaged Bill Cetnar on the teachings of the Watchtower Bible and Tract Society vs. the claims of Scripture. Bill’s mind was not exactly changed in that first meeting, but he could not just shake off the troubling things he had been told. It so happened that Joan’s parents had all of the Society’s original material, dating back to the beginning of the organization. Bill and Joan read through the material and saw in black and white all the false prophecies, the coverups of these egregious errors, and the ever changing “truths” (falsehoods) of the Watchtower Bible and Tract Society. These were not small problems but absolutely proved that the Watchtower was definitely not “God’s Organization” as they claim. In 1958, Bill left Bethel headquarters in Brooklyn, NY in order to marry Joan and get away from the hypocrisy that he witnessed at the headquarters. They had not yet left the organization.

In 1962, the grandparents of an Rh factor baby that needed an immediate blood transfusion drove from Long Island NY to the Poconos hoping to get Bill Cetnar’s view on this banned procedure before making a decision that would have likely resulted in the death of their dear grandchild. The Watchtower taught and continues to teach that blood transfusions violate Jehovah’s prohibition against eating blood, and as a result, large numbers of loyal JWs, and many of their children, have died. Why did these grandparents take such a long drive just to get Bill’s opinion? It was because he had been instrumental in them becoming JWs. Bill found he could not allow this child to die for something he had come to realize was false. His choice to tell these people the truth, going against Watchtower dogma, set him on a course which resulted in him being disfellowshipped on December 12, 1962. His choice to stand for truth set off an avalanche of other choices he and Joan would make, and which would end up greatly impacting literally thousands of other people – JWs, former JWs, and people like us – who, though never JWs, were given a powerful desire to reach them with the gospel. Bill and Joan’s son (and our friend) Phil Cetnar sent us the eulogy which he gave at Joan’s funeral this past Monday. He gave us permission to include it a slightly edited version of what is an insider’s view of the impact of their choices:

Many of you know the story of how my father, Bill Cetnar, was disfellowshipped for telling the grandparents of a dying child who needed a blood-transfusion that he would let “the doctor decide” what the correct treatment would be. What you may not know is the story from Mom’s perspective and the very impactful choice she made.

Joan grew up on a farm which was founded by two brothers, Howell by name. They met and married two Kresge sisters. Those two families had three boys that then married three Kimmel sisters and they all lived in their own homes in close proximity on the Howell farm. My mother, Joan Howell, met William I. Cetnar, who by and by asked for her hand in marriage.

After my father’s choice to put truth over expediency in 1962, my grandparents presented a choice to my mother who was 27 at the time. She could choose to stay with her husband who just lost his job, home, family, and friends, or accept the offer from her parents that she and her two one-year-old boys and three-year-old daughter would be completely provided for. “Just let him go”, she was urged. She didn’t have to leave the comfort and security of her close-knit family, friends and inheritance unless she chose to stay with her “apostate” husband. With mom’s choice made, they packed up their belongings and moved from the only home my mother had known in Pennsylvania and headed to California. There they would live with my uncle Leo and aunt Phyllis who, as Jehovah’s Witnesses themselves, had to make the choice to take my parents in when they were required by the Watchtower to shun them.

Hearing this story as a child, I thought, “Good Job Mom and Dad – I knew you had it in you.” It wasn’t until I had a wife and children of my own that I fully realized the cost involved and how difficult it would be to venture into an uncertain future and how important security is to a wife and mother. Now I know that both my father’s and mother’s choosing truth and faithfulness to their wedding vows over the offer of seeming security offered by her parents and family only happened by God’s grace. Because my mother chose to remain with her husband and not destroy the family that had been created when they became man and wife, I was conceived a few years later. Over time the beliefs they held as Jehovah’s Witnesses gave way to Christian doctrines which were discovered by reading the Bible without the “help” of the Watchtower. They came to discover that Jesus Christ is YHWH incarnate and that Salvation was a free gift and cannot be earned.

They began a ministry to help others caught in Satan’s snare and in 1979 began the Witnesses Now for Jesus Convention at a Christian retreat facility in New Ringgold, PA. The convention continues to this day but is now hosted in four parts of the country at different times of the year and may be expanded to the UK. The initial choices each of them made in 1962 rippled out, touching me, my brothers and sister, my aunt and uncle, Bill and Joan’s grandchildren, great-grandchildren, people in Jehovah’s Witnesses, people in the local church, and on and on. Many ministries to Jehovah’s Witnesses and other groups were launched because of coming in contact with my parents. This was a choice well-made, and it led to life for them and thousands of others – life she now enjoys eternally.

Though Joan was completely cut off from her family via shunning, they were very willing to see their grandchildren, who, never being JWs themselves, did not “have” to be shunned. So, I got to know well the people that made the offer to my mother many years earlier, and I grew up debating my grandparents about Jehovah’s Witnesses doctrines and their many false prophecies. When I was in my early teens, the four of us children were invited to dinner at Grandma and Grandpa’s. Not an unusual event, since even though my parents were shunned by her family all of their lives, they encouraged their children to have a relationship with their grandparents. This night, however, we were presented with a momentous choice: we could remain believers in Christ and receive no inheritance from our grandparents or join Jehovah’s Witnesses and receive the inheritance that was denied to our parents. I remember the utter disbelief I felt. I thought, “You want me to give up my eternal life for a farm?” I don’t remember my exact words, but we all declined the offer. I was beginning to realize why our discussions were fruitless. They valued something else more highly than truth.

After I was married, I took my wife and young sons to visit Grandma Howell for what, as it turns out, was to be the last time. We had a nice visit and she got to see her great grandsons. After my wife and sons were in the car, I stopped at the table which I knew contained Pastor Russell’s Studies in the Scriptures – the full, “original” set. I pulled out “The Time is at Hand” and turned to page 101, which contains the JWs false prophecy about 1914. I told my grandma that she knew this was a false prophecy, and I asked her why she continued to be a Jehovah’s Witness. I believe she answered truthfully when she said that she did not want to break faith with her mother, father, grandmother, and grandfather. I responded with the most difficult statement I had ever made to her: “Grandma, for some reason God has chosen to start a new line of life with your daughter, her children, and now my children. Join us in life or join your ancestors in death. You are still alive – you have a choice.” She said, “I choose my ancestors.” I said good-bye and cried with my wife in the car. How could someone choose death?

“But the path of the righteous is like the light of dawn that shines brighter and brighter until the full day. The way of the wicked is like darkness; They do not know over what they stumble.”

However, Romans 3:10 says, “There is no righteous person, not even one…” How then, are we to ever see the Light of day? Choose Christ and He will swap your unrighteousness for His perfection. He paid for it with His death on the cross and offers it freely to us. And, as hard as it is, choose truth even over family ties. My parent’s choices cost them their home, brothers, sisters, mother, father, lands, and inheritance. In one of my mother’s favorite passages of Scripture, Matthew 19:29 Jesus said,

“And everyone who has left houses or brothers or sisters or father or mother or children or lands, for my name’s sake, will receive a hundredfold and will inherit eternal life.”